Home Uncategorized Postscript: The War Within 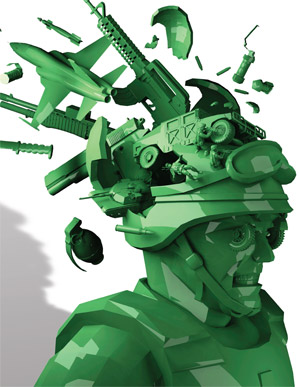 Like most Americans, I was horrified when I heard about the recent carnage at Fort Hood, in which army psychiatrist Major Nidal Malik Hasan allegedly shot and killed 13 people, injuring 38 others. But I was even more devastated when I learned that Major Libardo Eduardo Caraveo was among the dead. Three months ago, when I was researching post traumatic stress disorder for my story “The War Within,” which appeared in the October issue of Los Angeles, I spent two hours with Caraveo, a clinical psychologist and army reservist from Virginia. The major, a Mexican immigrant who earned his Ph.D.in this country, was the most vocal among the combat stress team members I spoke to that night. His thoughtful observations ranged from references to Freud, Maslow, and Adler to the new, more sensitive military whose commanders are working to forge closer relationship with their troops.

Caraveo was slated to be in Iraq next month working with soldiers suffering the emotional effects of war. “For some, it’s probably the first time in their lives that they have really confronted something difficult that they don’t know how to deal with,” he told me. “They open up for the first time, and you make a big impact on their lives. So it’s an honor for us to serve in that capacity. For me, anyway.”

As a journalist, I’m hard to impress. That’s a prerequisite for my job. But Major Caraveo made an impact on me, and I suspect that his patients felt honored as I did to spend time in his company. He will be missed.

ALSO: Read The War Within