Home Uncategorized Fast But Not So Furious: Angelenos Take Downtown By Bike at CicLavia 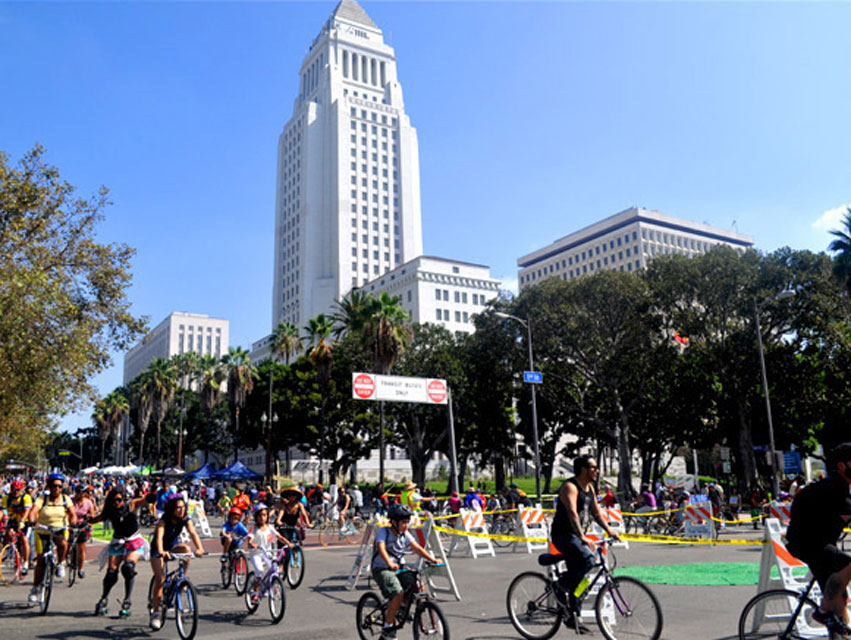 It was a sea of traffic–but not the usual kind–as pedestrians, skaters, and cyclists took to the streets for the fifth CicLAvia festival, which closed over nine miles of L.A. roads to drivers for five hours Sunday. The event stretched from Chinatown to Expo Park, allowing an estimated 100,000 participants to roam the pavement freely. In addition to spinning and people-watching, cyclists and visitors enjoyed the newly opened Grand Park, took a self-guided architecture and design tour, ate at food trucks, and spotted The Moveable Feast, a fancy picnic on wheels.