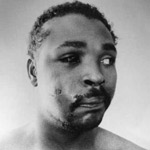 In 1993, I covered the Rodney King federal trial in its entirety for the L.A. Weekly. It was a strange predicament to be in as a reporter. Every day in the courtroom, I had to heavily discount the evidence of my eyes and ears. Yes, the defense attorneys for the four LAPD officers on trial for violating Kings rights for beating and stomping him did seem hopelessly outmatched by the prosecution team, with its unlimited budget and far greater intellect. The officers’ testimony verged on preposterous. Sgt. Stacey Koon insulted his own considerable intelligence as well as the jury’s when he explained on the stand how the brutal free-for-all was actually a feat of tactical brilliance on his part. He testified how he ordered one of his officers to slam King’s leg with a baton, at which point the victim’s leg twitched, which he interpreted as a prison karate move, prompting yet more bludgeoning.  But all that didn’t seem to matter. The jury in Simi Valley had bought all kinds of malarkey the last time around, ushering in days of conflagration and mass death.

Along with the other reporters, I studied the faces of the jurors looking for signs of sympathy for the defendants strong enough to trump rationality, and thought on some occasions I saw a few. Most of us were sure that the verdict, whatever it was, would result in punishment, either jail time for at least one of the officers or further destruction of the city.

When Sgt. Koon and officer Laurence Powell were convicted, there was the sense that the justice system in L.A.—at least when it came to the major trials of our day—had been restored to some degree of sanity. In retrospect, we were batty for believing so. OJ Simpson won his acquittal in no small part from the bruises to the LAPD’s reputation inflicted by Koon and his subordinates every bit as severely as those they inflicted on Rodney King.

Taking place in a federal courtroom, the 1993 Rodney King trial was reported using techniques that were the norm in biblical times. Tape-recorders were forbidden, so testimony was scribbled by hand.  In the absence of cameras to record the proceedings, veteran legal sketch artists provided the visuals for the nightly broadcasts and the papers. My favorite interpreter was Mona Shaeffer Edwards. Mona’s daily drawings revealed not a single iconic symbol of a profoundly ill social order, but plenty of ordinary human beings, whose mistakes, failings, arrogance, and brutality had by chance been captured by an amateur’s video camera, transforming them into something far larger than they or any of the rest of us has any reasonable right to be.