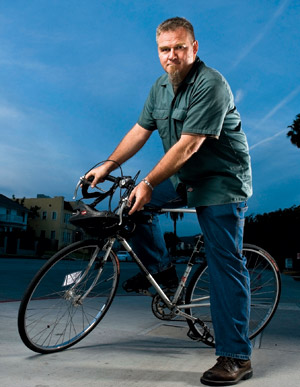 The law as it pertains to bicycles isn’t tricky, but there’s still confusion among cyclists and car drivers about what cyclists are allowed—and supposed—to do. For more details on riding safely and legally, check out the guides offered by the Los Angeles Department of Transportation or the Los Angeles Bicycle Coalition. Meantime, get to know the basics:

You’re permitted to take your bicycle on the MTA, but not on sme trains during rush hour. Check the Metro’s rail link before you try boarding.