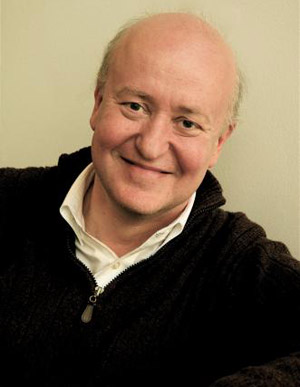 Pulitzer Prize-winning music critic Tim Page contributed to the special section on autism in the September issue of Los Angeles magazine. “The City Through a Blurry Lens” is a short essay about how he survives L.A. with Asperger’s syndrome. Here, we asked Page how Asperger’s relates to his work and how parents can encourage children who have an autism spectrum disorder.

You won a Pulitzer Prize for music criticism, and in “The City Through a Blurry Lens” you write about being susceptible to light and crowds. Does noise affect you differently than vision?
I’d say that I understand sound—and therefore music, which has been aptly described as “organized sound”—better than I do anything visual. I really abhor overstimulation. It’s my greatest fear, and too much visual or physical stimulus is difficult for me. But I can pretty much ignore or, if you’ll pardon a slightly pretentious term, “befriend” sound in a way that I can’t manage with visual stimuli.

Does listening to music help you cope with Asperger’s? If so, how?
I don’t know whether it helps me cope, but I think my Asperger’s has influenced my profound response—my profound need—for music. When I was only two or three, as far back as I can remember, the world seemed utterly chaotic and meaningless to me, but it could be brought together when I was listening to music. Music made sense while everything else around me seemed perplexing and frightening. I seem to have been born with an ability to comprehend music, at least to my own satisfaction, long before I ever learned about it technically.

Is this common for people with the disorder?
Asperger’s is a big tent. Some people have extremely intense senses of smell. I have a little of that myself. Some people are intensely interested in visual detail. In my experience, most people with Asperger’s are profoundly interested in part of the world but oblivious to most of the rest. We can focus on one thing intently while the rest of the world goes by. It’s like the absentminded professor times five.

You’ve talked about being systematic. Do you prefer to listen to music a certain way?
I can enjoy music on any level—listening intently or letting it play in the background, although I wouldn’t equate the experiences. I will say that I am getting tired of hearing only the Top 40 songs from the last 50 years in all of the bars on Hollywood Boulevard, but in general I’ve learned how to ignore music that I don’t care about.

That all changes if I’m reviewing a concert. Then I listen very closely and take copious notes, treating it as though I were an artist doing a life sketch. A critic has to listen in at least two different ways simultaneously: You have to keep track of what is going on detail by detail, and it is even more important to take in the whole. Did the performance work? It’s like the old metaphor of the forest and the trees: You have to notice both to evaluate the total effect of a performance. I can think of performances that are technically perfect but uninteresting. And I’ve heard fairly sloppy performances that still win the day and move me enormously.

You’re a professor at USC. Do you find your students to be more aware and accepting of Asperger’s than older generations?
I’ve made no secret about my own condition, but I would say people are definitely kinder to me than when I was younger and my problems would frustrate and confuse them.

You have to remember that this whole thing was a secret from me until I was in my mid-40s. I had no idea why I was so good at some things and truly uncomprehending about other things that everybody else took for granted. When I was growing up, autism (Asperger’s is part of the autistic spectrum) generally meant somebody who was mute and uncommunicative. We didn’t know much about it, and nobody in the 1960s would have suggested that a kid who talked as much as I did was autistic.

I’m grateful for the diagnosis because it explains a lot that I didn’t understand when I was a kid. At the age of 45 it was as though I had suddenly had a door opened on my life. But it’s no picnic, whether or not you know what is going on with you. Like many people with autism, I’m a natural loner who needs to be alone but doesn’t like to be lonely, and in fact yearns for a happy partnership. That series of paradoxes is not always easy to bear. It’s not for want of nice people in my life that I spend so much of my time alone; I simply cut people off without realizing it. It remains hard for me to make new relationships, and I’ve had two marriages that broke up. It’s just not easy to “live a normal life.” It’s funny because I’m very comfortable in public situations and where I know exactly what is expected of me. I could give a lecture to a million people and never break a sweat.    But going to a party where I know nobody and trying to talk—that’s hard!

Like some people with Asperger’s, you are extremely accomplished. What’s the best way for parents to encourage children with an autism spectrum disorder?
Well, you know, support them, love them, protect them from the bullies (for whom we are catnip) and from themselves, and present them with a lot of different things. I was very lucky that my parents supported all my unusual interests, like silent movies and old records. That was very helpful to me, and it led directly to my career. So much as they could, my parents let me follow what I was interested in, and I am grateful for that. If parents see some obsessive interests in their children about something, who knows, maybe that may prove the long-sought-out path for that child. If my parents had said, “No, you can’t listen to your records. You have to go out and throw the old ball around,” I don’t think I would have had this career, and I know I would have been very unhappy about it. I was very directed from an early age, and I had support for that direction. I didn’t know what I wanted to be, but I sure knew that I loved music and good writing. And so I end up a music critic. It all seems natural and even inevitable, but who knew?

Autism: A Struggle in Black and White