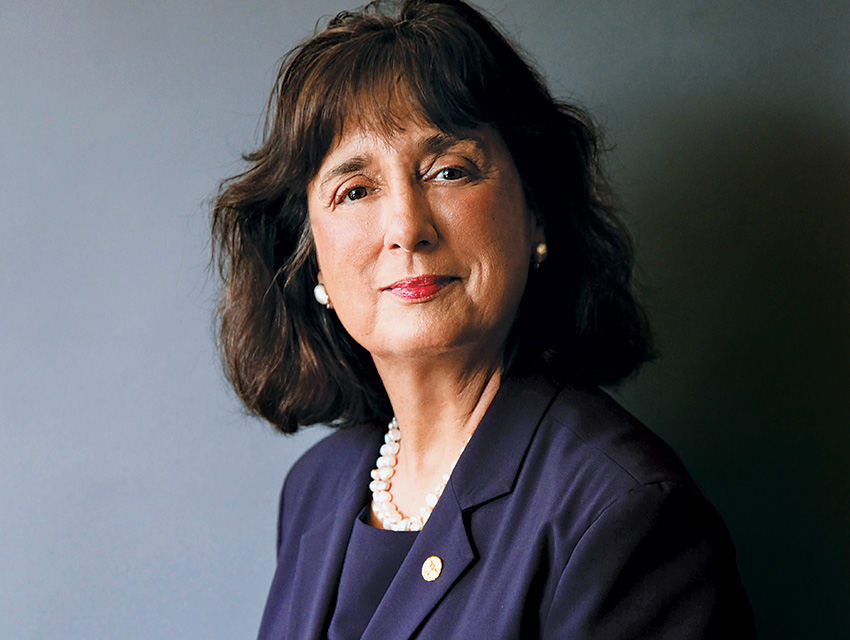 Roberta Diaz Brinton was completing a postdoctoral stint at Rockefeller University when she met a patient who would determine the course of her career. The woman was a patient in a clinical trial for those diagnosed with Alzheimer’s disease. The two spent hours together talking, but the patient’s disease erased each conversation. “She taught me that the memory of our life experience is, in essence, who we are,” says Brinton, a professor of pharmacology and pharmaceutical sciences, biomedical engineering, and neurology at the University of Southern California. “That was transformative.” Today Brinton spends her days seeking therapies to prevent and treat Alzheimer’s, which is predicted to afflict 1 in 85 people by 2050. She also founded a program to prepare inner-city high school minority students for careers in science, technology, engineering, and math. This outreach was inspired, she says, by the lack of support she received as a young Latina interested in solving medical problems. “It’s a miracle I am a scientist,” Brinton says, recalling how certain teachers focused only on those few students whose brains were wired like their own. Working to engage young minds earned her a Presidential Citizens Medal in 2010. But her profession has given her so much more than that. “Neurons don’t like to be alone, and that’s true of me and my work, too,” she says. “It’s never lonely at the top if you’re always bringing someone along with you.”

The L.A. Woman: An Inspiring Luncheon

Lorri L. Jean Protects LGBT People in L.A. and Beyond