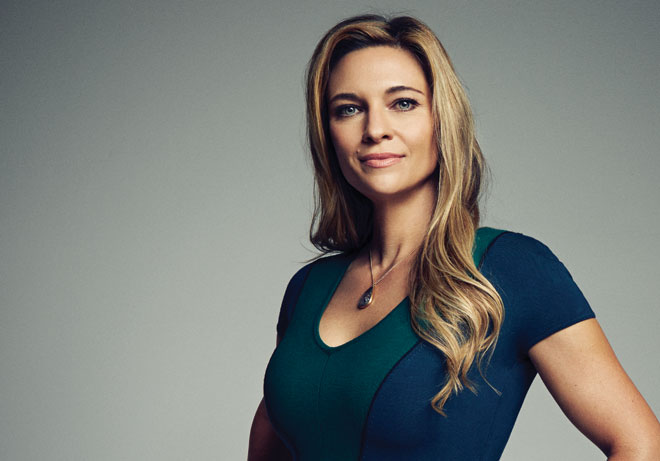 Since opening the Pink Lotus Breast Center in 2009, Dr. Kristi Funk has made frequent media appearances to stress the importance of women exercising, limiting alcohol intake, and watching their weight to maintain health. In May, however, the surgeon’s visibility went through the roof. That’s when her patient Angelina Jolie—actress, mother, philanthropist—revealed that she had undergone a double mastectomy after discovering she carried BRCA1, a genetic mutation that greatly increased her chances of developing breast and ovarian cancer. Jolie’s decision was controversial—while most people deemed it courageous, some saw it as an overreaction. Aside from a blog post detailing the procedure, Funk has spoken little about it publicly since the news broke. Los Angeles magazine editor-in-chief Mary Melton, herself a patient of Funk’s, sat down with the doctor at the Beverly Hills offices of Pink Lotus, which Funk runs with her husband, Andy. The L.A. native, who’s also the mother of four-year-old triplet boys, talked about faith, fear, and getting every woman the medical care she deserves.

How did you become a surgeon?
When I was in medical school at UC Davis, the first thing I did was surgery and everything else paled. I remember one day F. William Blaisdell, the chief of surgery there who was kind of famous, was in an elevator and the door was closing, and I ran over and kicked my foot out to make the door open. I walked in and said, “Hi, Dr. Blaisdell!” And even though I’d left my badge at home, he said, “Hi, Kristi.” And I thought, “He knows my name.” He said, “You know, only a surgeon would use their foot to stop the elevator.” And that was it. I did four years of med school there and five years of residency—general surgery at Virginia Mason Medical Center in Seattle. Then I came down to Cedars-Sinai because they had a laparoscopy fellowship and I was interested in minimally invasive surgery. When I got there, the head of that fellowship was also the director of the breast center, and he said, “Oh, by the way, you’re going to be the director of the breast center.” And I was like, “I like minimally invasive surgery. The esophagus and the stomach, these are my favorite organs.” They were!

What is so appealing about the stomach?
The way it handles a suture. It’s awesome.

So you weren’t so sure about being a breast doctor?
I had just spent years becoming a well-rounded and well-trained surgeon. I can take your lung out, I can put your heart on bypass, I can take out your colon, and I can do it well. And I’m going to be just a breast surgeon? Breast surgery isn’t hard. The decision making, the hand holding—that’s hard. But the surgery isn’t. That’s what I thought. I’ve made it hard, though, by striving for the smallest incisions. Not to challenge myself, but because it’s the cosmetically best outcome. Anyway, I did a breast fellowship for a year and then delved into breasts 100 percent. From that day forward I never did another colon.

Tell me about your upbringing.
I grew up in the Palisades, went to Marymount High School and then Stanford University. But growing up, I was a complete tomboy. I have one older sister who is 12½ years older, and three older brothers who are 11, 10, and 8 years older than me. I was a total mistake. I was the fourth boy forever.

So you were beat up a lot.
I’d be watching TV and there’d be this battle cry: “Commercial!” Then bean bag chairs would come flying over the couch, they’d smother me, sit on me, fart in my face. Yeah.

Battle wounds!
For seven years I was the only girl in a league of 300 boys playing hard ball in the park. Later, when I started at the Cedars breast center, I was the only female working with five men over 50. And being a woman made a difference. To this day, every patient I’m operating on, I try to make a breast that I can live with—as if that breast were mine.

Do you think the anxiety about breast cancer is more extreme than about other cancers?
Yes, because breast cancer is more common, though it’s not the most common cancer from which women die. If you have a problem, you immediately let your mind unravel to the worst-case scenario. But I do see a lot of benign disease. Our mission is to save lives in a way that eliminates fear, instills confidence, and provides hope in a moment of panic. That’s why at Pink Lotus we have a 24-hour pathology turnaround with biopsies. Because one more night of waiting is one more night that my patients are writing their wills.

9 Awesome Experiences L.A. Has to Offer This Weekend