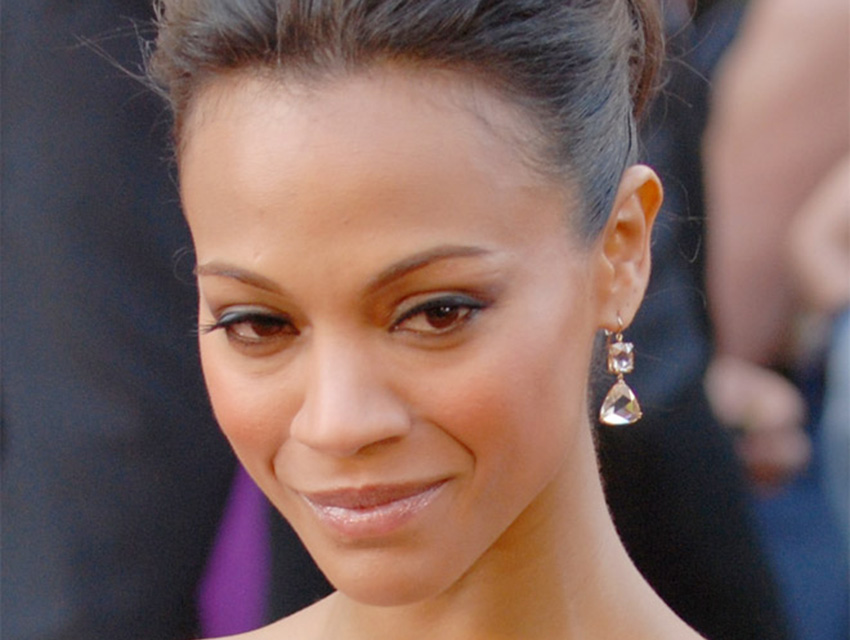 Growing up in New York, I was interested in the arts. I was curious about acting, and from doing little Off-Off Broadway shows, then commercials and episodes of Law & Order, I got my start. I headed toward Hollywood little by little. I moved to Los Angeles in 2006. At the time life in New York was getting a little too hard—it was so expensive—and I had booked Avatar. So I thought, “Let me do this movie, which is going to put me in L.A. for at least a year, and if I like it, then I’ll stay.”

At first I was really homesick. Los Angeles reminded me of living in the Dominican Republic when I was a teenager, where everyone knows each other and eats at the same restaurants. I was missing that energy of a metropolis. But I wasn’t hating it, like “Oh, I’m a New Yorker. I will never love L.A.” I’m not like that. I knew it was going to take time to adjust.

It didn’t help that I didn’t drive until I was 30, so when I moved here, I couldn’t get anywhere unless someone would drive me. I felt very vulnerable and dependent. When I finally did get my license, L.A. started to have a different feel. I got myself a nice little Audi S6, and I was off doing my own thing—running my own errands, doing whatever I wanted. After that, you couldn’t stop me.

Avatar shot for two years off and on. When it was wrapping, I made the decision to stay in Los Angeles. My older sister and her daughter had moved out—my younger sister had moved with me—and we saw how happy my niece was. There’s something about growing up in L.A. Kids love to run and play, and my niece would come home from school and her nails would be full of dirt and she would have those little dirt lines on her neck. She was so tanned. Seeing all that, I thought, “This is so good.”

Also, we discovered downtown. In New York my family would go to Chinatown or to Flushing in Queens and have shabu-shabu, Korean barbecue, dim sum, or ramen—Asian food was very present in our childhood. So once we saw Chinatown and Little Tokyo, we were in heaven. I still go there often. There’s the Shabu-Shabu House, in Japanese Village Plaza, and Daikokuya, which has the most amazing ramen. They make the pork broth every day, and it’s just delicious. Then there’s Chi Dynasty, in Los Feliz. Their sesame chicken is the most insane thing you can ever have in your mouth—foodwise, of course. So we found our joints.

When I was little, I didn’t know what I was going to be. I just wanted to be happy, and I am here. I like the space. I’m invested in what I do. I care about where I live and the people who are in my life. I’m not going to say that Los Angeles is going to be my home indefinitely, because you don’t know what’s going to happen tomorrow, but for now it is.

What would my advice be to someone moving here now? Make sure at least one of your windows has a decent view. It would be a waste not to, it’s so beautiful. And go downtown.

Former CEO of Disney Bob Iger to Join Board, Invest in Avatar Company