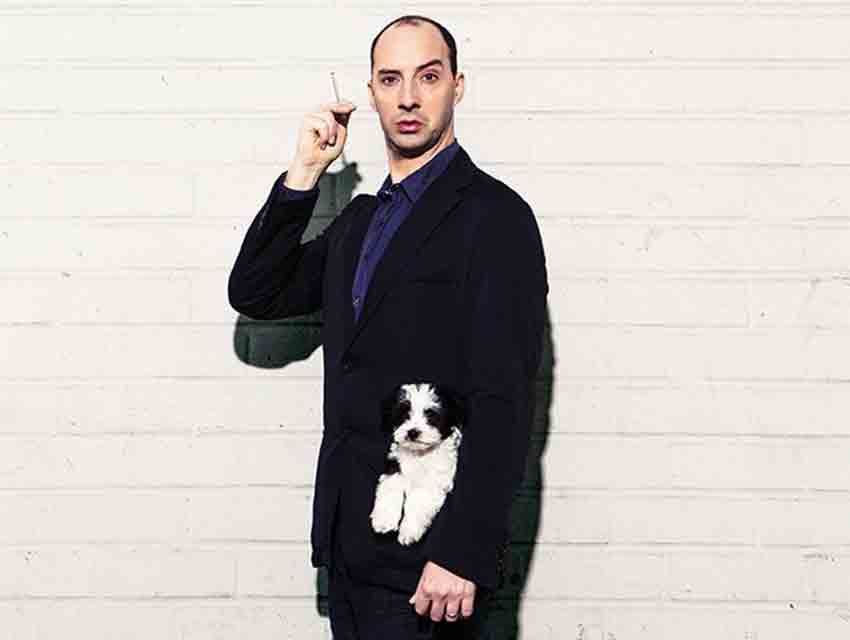 I flew to Los Angeles to audition for Arrested Development in 2003. At the time I had never been on a studio lot, and as I stepped onto the Fox lot in Century City, I saw this massive mural of Marilyn Monroe and thought, “What the hell am I doing here? Someone has made a mistake.” It was an emotional roller coaster. I stayed at a hotel on Avenue of the Stars, and during some downtime I walked to the Westfield shopping center. I’m from the suburbs of Florida, so I love a good mall, and it made me so happy. In the midst of the madness of my situation, there was a food court. That was really comforting.

While shooting Arrested, my wife and I lived on the Westside—first in Santa Monica, then in Playa del Rey. We moved here from New York, so every day we’d walk the 3rd Street Promenade and just look at the water. I remember beach culture. There were a lot of tight bicycle shorts. There were also a lot of bodies that make you feel ugly. I’d be in Santa Monica surrounded by people who look like they’re on their way to a photo shoot. Keep in mind I’m playing Buster, the most emasculated being ever. It was like, “Excuse me while I go put on my knee-high socks and Buster Brown shoes. I’m going to go feel completely horrible now—I’ll be right back.”

Eventually we moved to Los Feliz, where we still live. I’m a total neighborhood guy. I live at that Trader Joe’s in Silver Lake. My wife can’t stand shopping, but again, I’m a guy who loves a mall. I browse. I like to see what new things they have: pumpkin butter, peppermint oil, and freeze-dried peanut butter that you can put into a smoothie. There’s also something about the Hawaiian shirts and that whole Jimmy Buffett vibe that I find soothing. But when they switch up the aisles, that really throws me.

We just got a puppy. His name is Walter. I’m a walking allergy, so I was really concerned about getting a dog. We did research and found a [low-allergen] Havanese breed, but I didn’t know if I’d have a reaction. There are these Havanese clubs around L.A. where the owners get together and it’s a puppy party. It’s fascinating. This particular park was in Studio City, and the experience was like speed dating. I didn’t have a reaction and was like, “Score!” So later we met a Havanese we fell in love with.

People in L.A. are always doing stuff—and I’m thinking, “Why am I not doing stuff ? Why am I not hiking?” I’ve got to get my ass on a wine tour—it sounds like so much fun. It’s a silly problem to have, but in this business it’s hard to plan ahead. But we are going on a Disney cruise, and I’m super excited about it. My daughter is eight, and this is when she’ll really love it. Cruises are not my thing, but I was told the Disney cruise is just like a mall on water. I love it.