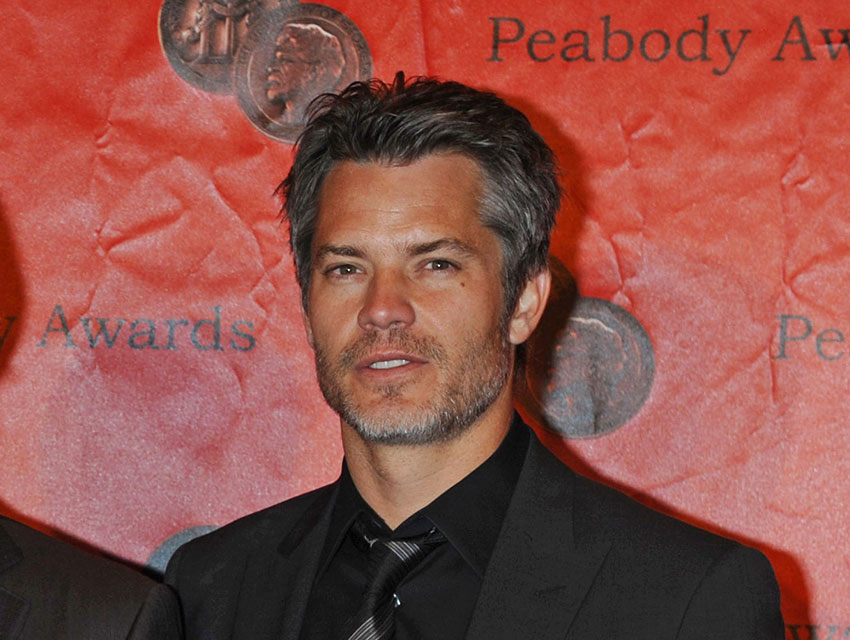 I was a swimmer. My senior year I was flown to USC on a recruiting trip. It just so happened that weekend was the world premiere of the film 16 Days of Glory, a documentary about the Olympics. I went with Mike O’Brien, who swam for the U.S. in the ’84 Games, and Thomas Fahr-ner, who swam for West Germany. Those guys were walking the red carpet—and they were Olympians. It was a wonderful combination. I was an athlete and I was coming here to swim, but at the same time there was show business! I am not sure I would have admitted it at the time, but Hollywood was very attractive to me. I just found the whole thing seductive.

I thought I wanted to study architecture. But when I went over to the architecture school and sat down with the dean, the meeting lasted about a minute and a half. He said, “The swim team flew you out?” I said, “That’s right.” He said, “You can’t be on the swim team and study architecture. The commitment, the classes—it can’t be done.” I said, “Well, that’s disappointing.” I told him I’d noticed an art gallery or ceramics studio on my way to the interview. He said, “That’s the fine arts school downstairs.” And I said, “Can I be a fine arts major and be on the swim team?” The answer was yes.

There are so many things in life that you just don’t see coming. I needed some elective units to graduate, and I’d read some Joseph Campbell books and I was trying to follow my bliss, so anything that came to mind I was giving a shot. I was like, “I can even take Acting 101.” I’d never done a high school play, and I was doing these silly exercises, but I read the Stanislavski book, which I found quite confusing and at the same time wonderful. In art school I’d learned to appreciate artists and the way they were going about things—having a great deal of fun with the work but also taking it seriously.  Until I read that book I didn’t think of acting in that regard. I had a list of goals I wanted to reach, and each one was just as stupid as the next: Go back east and get my master of fine arts. Do stand-up comedy. Join a band (I can’t sing or play an instrument, but it still made the top five). I went to my wife and said, “You know, I’m thinking about doing this acting thing instead.” She said, “Tim, just do something.”

Some people told me to stay in L.A. because this is where the business is. Other people told me to go to New York because that’s the best place to learn. So we loaded up a Ryder truck, and we drove across the country and went to William Esper’s acting studio and knocked on his door. We were there about seven years.

Now we’re back, and I really enjoy the city. Who doesn’t like putting on a pair of flip-flops in early February? I still get a great deal of enjoyment out of the art world here, which continues to be arguably the best place to see up-and-coming art. It’s like anything, though. You’ve got to make an effort. It doesn’t come to your door.

Deadwood Fans Are Finally Getting a Finale Worth Freaking Out About