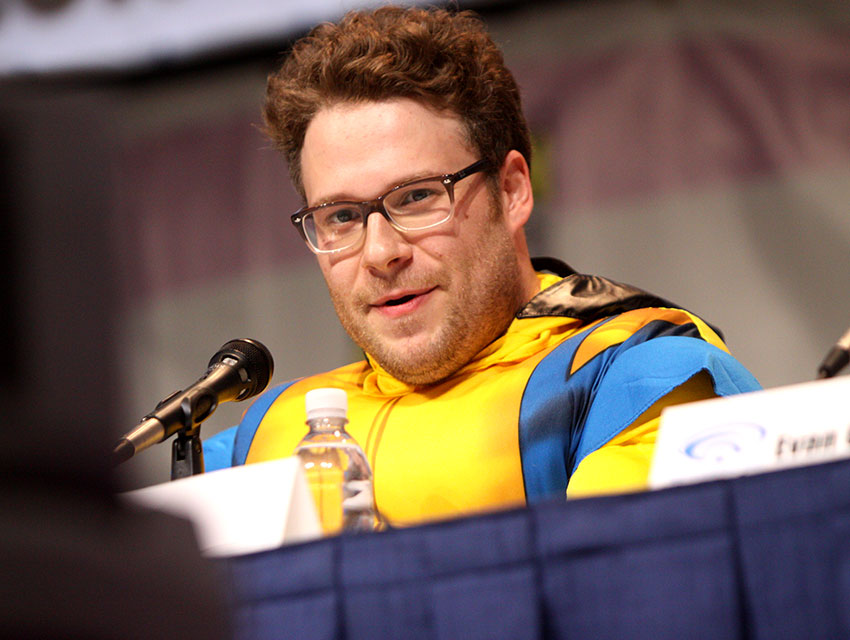 In the spring of 2002, they canceled Undeclared, the show about college freshmen I had worked on with Judd Apatow after Freaks and Geeks. It was interesting being unemployed all of a sudden because I had moved out here from Canada when I was 16, and this was the first time that I lived alone and had nothing to do all day. I’m naturally pretty lazy, and on top of that I’m shocked anyone would ever want to hire me to do anything in any capacity.

I was living right behind Canter’s Deli in an apartment off Fairfax Avenue—one of those two-level Spanish-style sixplexes. This was before the neighborhood became the epicenter of hipster skating culture. Back then you literally couldn’t go down the street without someone asking, “Are you Jewish?” and I couldn’t say no, because even if I wanted to lie about it, it would have been a very obvious lie. Then you’re spending 20 minutes saying prayers and putting on a tallith and tefillin. After a while, if I saw someone coming toward me, I’d pretend to be on the phone. There were a lot more places to get a good menorah back then, and now there are a lot of places to buy $300 T-shirts.

I had friends over, and we smoked a lot of weed—I’ll be totally honest. This was around the time when medicinal marijuana was first kind of rearing its head. I was too afraid to get a license, but a lot of my friends had one. I did finally get a prescription and went to the Farmacy on Santa Monica Boulevard. It was one of the best goddamn days of my life, but there was also legitimate guilt involved. I felt like I was abandoning my drug dealers. I’d been, like, putting their kids through college.

I would paint the living room in the middle of the night. I bought a houseplant. I went to Canter’s a lot, sometimes at three in the morning, and I think anything you eat at three in the morning isn’t going to be good for you. I also went to Norms Restaurant—I’m a big Norms fan. When a Quiznos opened up in the neighborhood, I was so psyched. I definitely got way fatter. That’s where I was when the world found me—the Seth Rogen that got a lot of attention.

Evan Goldberg, my writing partner, would come stay with me for long periods, and there’d be various comedians hanging around—Jason Segel was sometimes there—and people from my high school. Evan and I were having such a hard time selling Superbad, which we’d begun writing together as kids in Canada. Judd Apatow told us to come up with 200 movie ideas, so we could pitch something that could sell more easily. One idea was about a guy who builds a wall in his apartment because he’s bored, and the next day he wakes up and there’s a dude from the future stuck in his wall. And the guy was like, “You weren’t supposed to build this wall. Now I’m screwed, and you have to go save the world because I can’t.” Judd went through them all, and then he said, “No, you guys are writing a weed action movie.” And we were like, “Really?” Pineapple Express was Judd’s idea, and he doesn’t even smoke weed.

Judd told me that Sacha Baron Cohen was looking for new writers for the second season of Da Ali G Show on HBO. This was the spring of 2004. I hadn’t worked in two years, and the interview was really nerve-racking because I’d been obsessed with the first season. We’d been told to focus on Bruno, the gay Austrian fashion reporter. Our whole pitch was like, “Let’s have Bruno go down to Florida during spring break, because that’s where all the homophobic frat boys will be.” And Sacha, who’s from England, had never heard of spring break. It was just so funny seeing his face light up, and he’s asking us, “What? There’s a beach covered in drunk frat guys?” I’m convinced he hired us just for that.

I think it was in 2006, while we were filming Superbad, that I moved out of the Fairfax apartment. Me and my girlfriend were going to move in together. I’d bought a house. Jonah Hill actually moved into my apartment when I left. He told me that he was in the kitchen unpacking when the painters started yelling for him to come into the bedroom. Obviously they didn’t know that the new guy knew the guy who’d lived there previously. They were like, “Dude, you’ve got to come in here. You’ve got to look at what this sick fuck left behind,” and it was a stack of 30 porno magazines. They were for Jonah. That’s why I’d left them in the closet.