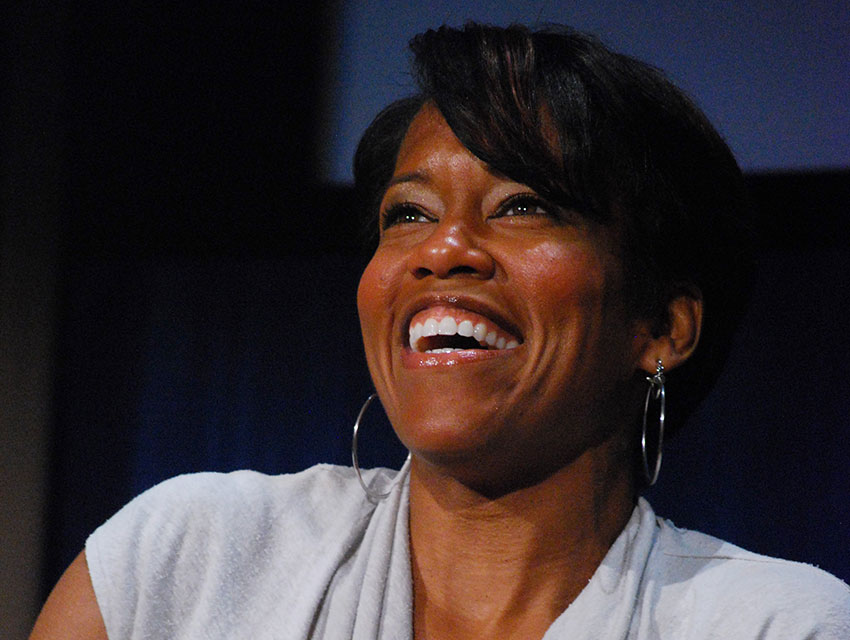 How do I say this? A white person’s upbringing in Los Angeles is different from a black person’s upbringing in Los Angeles. Even if both grew up in affluent neighborhoods, it’s totally different. I grew up in Windsor Hills, which is considered an affluent black neighborhood. My school was 54th Street, which was all black, but I was one of the first round of kids who were bused to make schools more integrated. I was in the fourth grade—maybe ’78 or ’79. I was bused to Castle Heights Elementary. I was in one of three busloads of black kids from different areas—we made up less than a third of the school. It freaked me out. It’s not that I didn’t want to be bused—I dug the idea of checking out different areas. But I didn’t like Castle Heights. No one was mean to us—it was clearly just strange for them that we were there. And it was strange for us.

In the ’80s, I’d been on the NBC series 227, but I still had to audition for Boyz N the Hood. I was going to USC at that time. I said to one of my girlfriends, “This guy named John Singleton is directing this movie.” And she says, “You know he goes to USC, right?” And I’m like, “No!” Maybe if I’d spent more time there, I would have known that. I read five or six lines for the casting director, and she said, “OK, I just wanted to see if you could be ghetto.” Everybody’s idea of me was Brenda from 227—a shy girl who one day will come out of her shell.

All of us who worked on Boyz N the Hood were excited to be part of a story that was told from our point of view. It’s been 20 years since that movie came out, but people still talk to me about it. People will tweet me the lines from the film. I think the reason it resonated was that it was a POV shared not just by people who lived in South-Central, but by people across the world who lived in neighborhoods like South-Central.

There’s a scene in the movie in which some bad cops are roughing up these teenagers—who are not bad kids—just because of the color of their skin and the neighborhood they’re in. For me growing up, that was our perception of cops. They were not our protectors. When things went down, there were some neighborhoods that wouldn’t even call the cops for help. One, they wouldn’t show up, or two, it would end up being a worse situation than what was already existing. I’ve been in cars with some of my black male friends in the ’90s when cops pulled us over, and the first thing my friends would do is roll down the window and stick their hands out—before the cops said anything. It was like, “Don’t accidentally shoot me and say that I had something in my hands!”

Until I started making Southland, my feeling about the LAPD still remained stuck in that era. But that’s changed as I’ve spent time with the officers who help us make the series realistic. These people are putting their lives on the line for people they don’t know. The LAPD has worked hard to clean itself up. I can see that now.

Celebrate John Singleton’s Career By Catching Up on His Movies