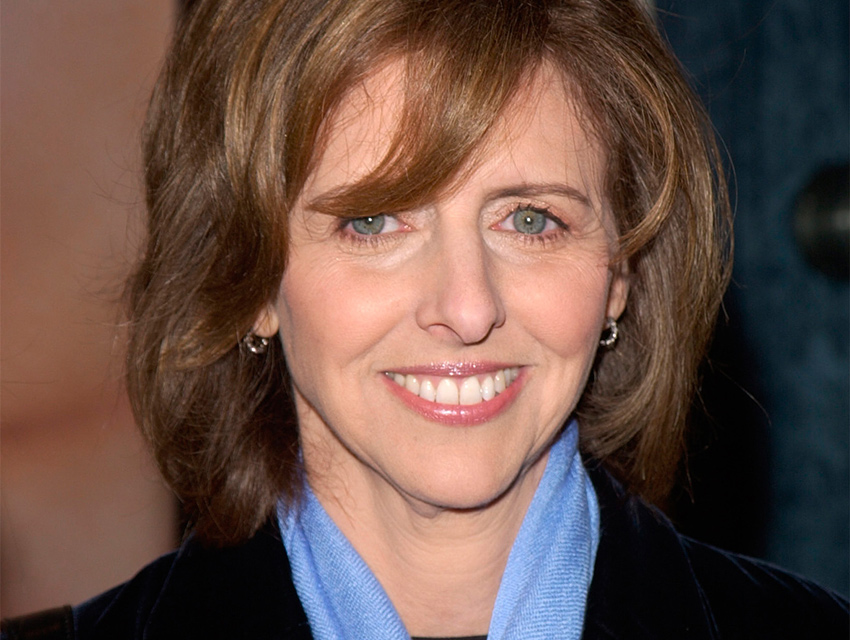 It must have been 1976. I was 26 and friends with Gene Siskel—remember Gene Siskel from the Chicago Tribune? He and I met as teenagers, so I remember when he got his job as a film critic at the paper. I was living here at the time. He called me and said, “I’m coming out to interview Cary Grant.” And I said, “What?” Even back then I thought Cary Grant was the greatest screen actor who ever lived. “Gene, you have to introduce me,” I said. “How will I do that?” he asked. “I don’t know,” I said. “Maybe I just bump into you.” I told Gene to call me after his interview to tell me what Grant was like. He called and said, “Cary Grant has invited me to go to Palm Springs for the weekend. You can drive me to the airport. We’re going on a private plane. Let’s get there a little early. When he arrives, I’ll introduce you.”

I was so excited. I put on my favorite skirt and drove Gene in my Toyota to this little airport. We parked the car, and they let us wait on the tarmac—you could do that back in ’76. Grant had done some work for Fabergé, so it was the company jet. I’d never seen a private plane. It was mind-boggling. Then a car pulls up, Cary Grant gets out, and he looks gorgeous—that white hair, with sunglasses. He was with a woman, probably in her twenties. She was very nice, a photographer. Gene introduces me. Cary Grant and I shake hands, and then he puts his hand on my back to escort me. He says, “OK—this is fantastic! Let’s go!” He’s pushing me forward to the steps of the plane. I don’t know what came over me, but I just went up the steps and got on. Gene gives me this look like, “What are you doing?” I was like, “Don’t talk to me now.” I remember avoiding his look as the doors closed and the plane took off.

I was new to L.A. and had never been to Palm Springs. We stayed at a friend of Grant’s house—an older guy named Charlie Rich who owned hotels in Vegas. He had one of those beautiful old Spanish estates. It was dreamy.

Rich said, “Shall we go riding?” Of course I said yes. Gene didn’t ride. Neither did I. So we watched the others. We were finally alone, and Gene said, “I cannot believe you got on the plane.” I said, “I’m sorry, but he assumed I was coming.” He said, “How am I going to explain what you’re doing here?” I said, “He’s fine with it! Let it just go.” There was a nearby pay phone, and I called my mom. “You’re not going to believe where I am and who I’m with,” I said. She couldn’t believe it. She was screaming!

Later everyone went swimming. I said I hadn’t brought a bathing suit. I don’t know what Cary Grant thought because I couldn’t ride and I couldn’t swim. That night we went out for Mexican food, and afterward Grant and I played a card game called Spite and Malice until one in the morning. They put Gene and me in the same room, of course. I had nothing to sleep in. I didn’t have a toothbrush. This is when Gene and I just really died laughing. I didn’t know I had that move in me. I was proud of myself.

The next morning, when I came downstairs wearing the same clothes, I figured the jig was up. I confessed. I told Grant, “When you put your hand on my back and said, ‘Let’s go,’ I went.” He loved it. He cracked up. In Hollywood they often say, “Don’t meet your idols.” But in this case, Cary Grant did not disappoint. I came home and wrote about every minute of it in my diary. Here I am at 65, with a huge smile on my face.