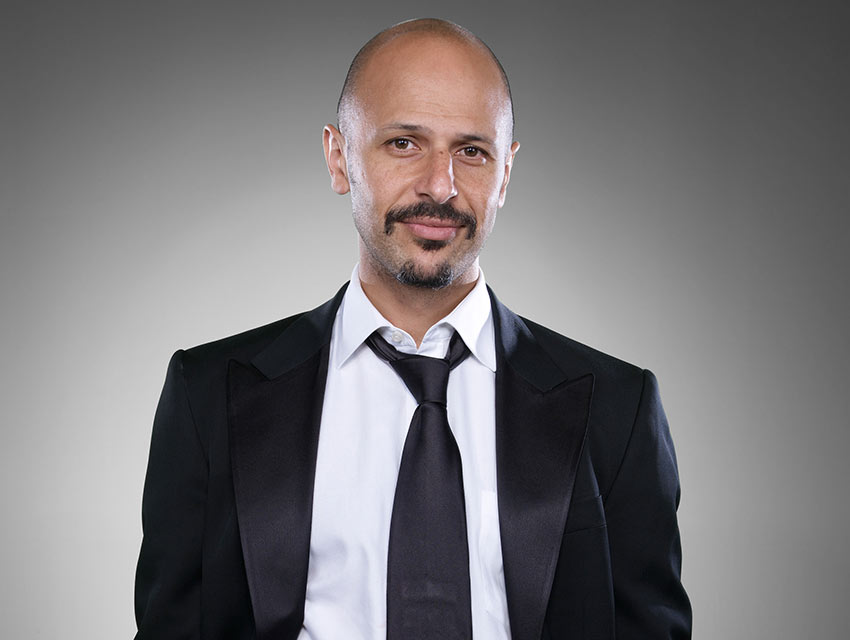 I was at UC Berkeley as an undergrad when my father lost a lot of money in real estate investments in Northern California. He wanted a change of pace, so in the early ’90s my family moved to L.A., right in the middle of Tehrangeles. It was a culture shock for me. Everyone knew everybody. My first taste of it was at the Wherehouse record store, and there was this young Iranian guy. I said, “Are you Iranian?” He said, “Yeah?” with a question mark, as if to say, “Everyone else is, too. What are you talking about?” But once I finished my undergrad work and moved to L.A. in 1993, I started getting more immersed in the culture.

Teenagers everywhere are spoiled. But coming down here and seeing the number of Persian kids driving around in Mercedes-Benzes, my Northern California mind was going, “What is wrong with that community?” You don’t buy your kid a brand-new Mercedes, and yet Persian parents thought they should. My younger brothers felt entitled. They would sometimes say, “So-and-so’s parents got them a BMW. We’ve got to drive a Toyota.” I’m like, “Am I hearing this right now?” Crazy. I’m sure there are a lot of good kids here, too, but I still see a very spoiled Persian culture to this day. Your stereotypical L.A. Persian kids were not working at Sbarro pizza in the mall, but I was.

I’ve grown so accustomed to my life in L.A., going to a Coffee Bean or getting breakfast at Kings Road Cafe. I’ve seen a lot of the world, but the diversity we have here is different. It’s a mishmash, which is a nice comfort. It’s also nice to know where you’re going. When I get in a cab here, I’ll be cocky about the route. I’ll give the address and then pause so that the driver thinks, “I’m going to take this sucker for a ride.” Then I tell him the route, and he’s like, “This guy’s coming home.” I’m like, “That’s right, bitch, I’m coming home.”