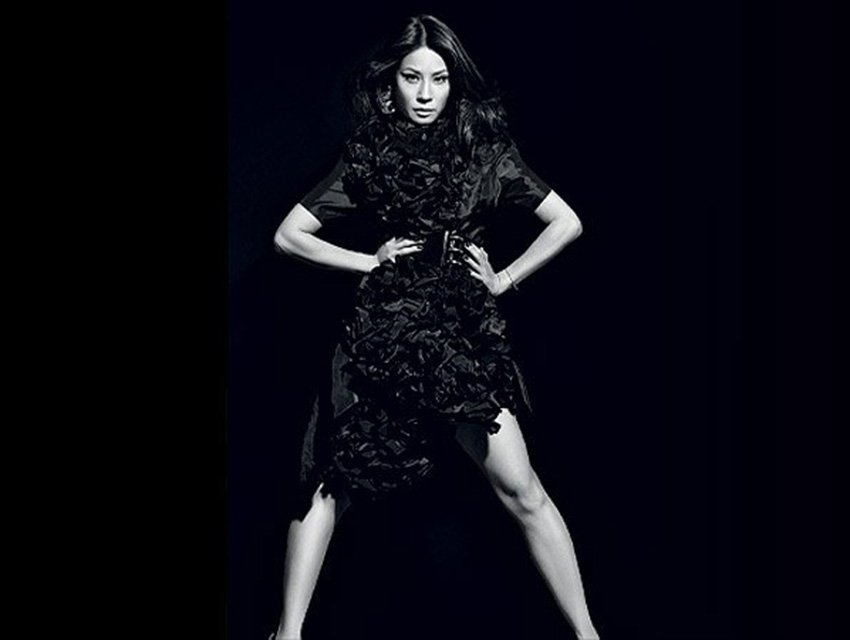 There are so many wonderful things about Los Angeles. The weather is just supreme, and it’s a valeted life—you never have to get out of your car. It’s a very strange, mystical city in that sense. In fact, I found that a lot of people in Los Angeles are really spiritual. I think it’s because there’s more time to think, more space, and more nature that’s accessible. It’s a nice dichotomy, a balance to some of the disappointments you could come into contact with. Moving to Los Angeles from New York in my twenties was a really easy decision for me because I didn’t think about it. I had been doing screen tests for network soap operas, and one of the agents I was working with said, “You’re doing really well. You should go out to L.A.” I said, “OK, great!” then packed up whatever I had, and within two weeks I took off. I didn’t hesitate. I look back now, and I really don’t know how I did it.

I moved into a little studio in Beachwood Canyon, and I was able to see the Hollywood sign every time I went home. That was a thrill. I got a catering job and would get up at three o’clock in the morning to cook breakfast—I make a pretty mean breakfast—for these commercial shoots and be done by nine or ten o’clock. I’d have the whole day open to myself, so I would send out my head shots to different casting directors and agents. I did not have a dog at the time, but a friend of mine, the man I was catering for, did. He was always working. He’d let me take his dog and hang out with it. Los Angeles isn’t somewhere you can easily meet people, so it was nice to have that company.

Soon I was lucky enough to book some guest star roles, and it was exciting, like “Oh, my God, I get to work on X-Files or ER!” Things started to click when I got a regular role on Pearl, which was Rhea Perlman’s show. She and Danny DeVito took me under their wing. We would spend Thanksgivings and birthdays together—they are incredibly warm, giving, generous people. They know how to celebrate life and don’t waste time being depressed about anything. I’m still close with them today.

After living in Beachwood, I moved north of Vine. The center of Hollywood is a great place to start your life and career. There’s this energy there, a kind of newness because people are coming from all over the country and the world.

Working on the TV series Southland allowed me to become close to the city in a way I hadn’t been before. We shot on street corners where you never would have stopped because it’s not really a location, but on Southland it is. I got comfortable with the pavement and the concrete.

I moved back to New York [where Elementary is shot], but I still have a house in Los Angeles. I go out there for awards shows and reconnect with everybody—it’s a time capsule. It’s where I learned how to be on my own. Now it’s like a retreat.

From the Cuckoo’s Nest to a Philly Bar, Danny DeVito Is Still Living Large

Snap Chat with a Paparazzo