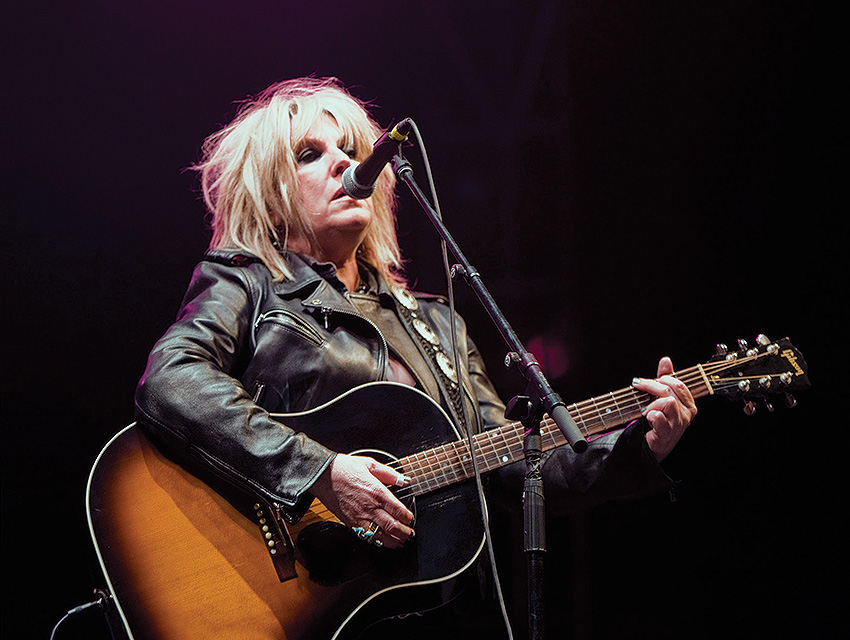 I first moved here from Austin in ’84. Friends invited me to come out to visit; they were going to set me up with a couple of gigs. I was ready for a change. I’d been in this relationship that wasn’t working. I didn’t have a lot of belongings, so it was pretty easy to get up and go. One friend said, “You can’t live out there— you’ve got to come back to Texas. In California they put sour cream in all the Mexican food!” That’s the way Texans are; they’re just so proud. The general vibe in Austin when I left was, You’re going to hate it out there. L.A.’s horrible! I was like, See ya!

It was the best move I could have ever made. I shudder to think where I would be if I hadn’t left. The group of musicians around at the time was very supportive; it wasn’t about the music business at all. I first lived in Silver Lake. I had this really cute upper duplex apartment for 400 bucks a month. I was out playing a lot—the Palomino and Raji’s. I remember one night making a total of five dollars. I gave each guy in the band a dollar. I was really fortunate because I was able to find people to play with without worrying about the money too much. They had other gigs, and it was a lot cheaper here back then. You had freedom, maybe worked some day job a couple days a week. I worked at Rockaway Records for a while. I used to work at record stores and bookstores because I thought I could just stand around and read. I found out it was a hell of a lot of hard work!

I lived here for a while and got my deal with Rough Trade records in 1988. The self-titled album was the big turning point of my career. There was a great scene here. You’d go down to the Palomino, and you’d see everybody. Then it fizzled toward the end of the ’80s. I’m one of those people—it’s in my blood—who keeps an eye on where things are happening. I get bored if there’s not enough going on. I wasn’t feeling comfortable in L.A. anymore.

Right around that time, the Northridge earthquake happened. There was this exodus of musicians; the earthquake pushed people out. Some of my friends moved to Nashville, so I thought, “I’ll go check that out.” Ended up staying there several years. Nashville ran its course for me. Again it was one of those opportunities that presented itself. I had to come out to L.A. for the Grammys in 2002, when I won Best Female Rock Vocal Performance for “Get Right with God,” which completely blew my mind. I don’t know how that happened, and I never will. But I was getting out of another failed relationship and thinking, “I’m going out to L.A. for the Grammys, and I’m not coming back.” There was this younger generation of artists who had discovered Gram Parsons, and the whole Americana thing was blowing wide open. So here I am. My husband, Tom, and I bought a house. This is a real sweet spot where we are in Studio City. We have a great view. It’s easy to get everywhere. I still have to defend the city to people in Austin and Nashville, but not as much. Actually, I have to defend the Valley to people in L.A. We love living over here.

Down Where the Spirit Meets the Bone
(out September 30)
For this double album, Williams recorded enough material for three records. There may be another release next year.

Car Wheels on a Gravel Road
(1998)
Williams’s reputation as a perfectionist was sealed with this release, which won the Grammy for Best Contemporary Folk Album.

Lucinda Williams
(1988)
The track “Passionate Kisses” was later covered by Mary Chapin Carpenter. It put Williams on the map as a songwriter.