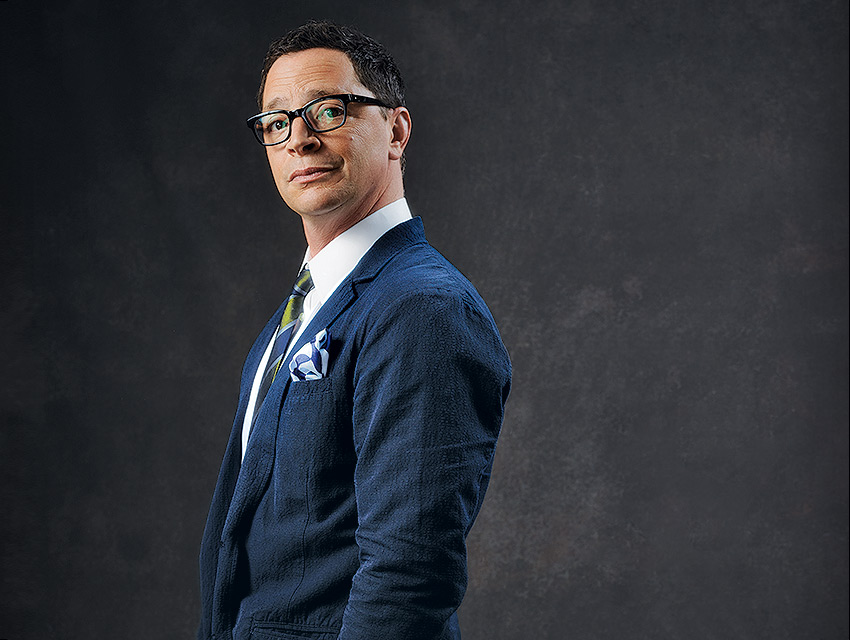 It sounds like I’m exaggerating when I tell this story, but it’s true. Hank Azaria was a poker buddy of mine, and when he mentioned he was doing a sitcom, I expressed interest in being in it. I was cast as his sketch-comedy writing partner in a TV show called Imagine That. Based on the strength of a 13-episode order, I made an overly hasty decision to buy a house. My wife and I were renting in Santa Monica at the time, and we had a four-year-old daughter, with a baby on the way. We found a Malibu listing that was at the upper end of what we could afford, but when I went to the house and looked through the door, I could see the Pacific Ocean. We bought it on the spot.

The day we moved in was October 31, 2001. My pregnant wife was visiting her family in Sacramento, trick-or-treating with our daughter. I remember coming home from work, sitting in our house for the first time, and having a moment of deep satisfaction.

Then the phone rang. It was the assistant director of the show. He said, “Hey, no big deal, but don’t come into work tomorrow. NBC doesn’t love this script, so they’re going to retool it. We’ll let you know.” Not long after, my friend David Pressman, who was also on the show, called and said, “It’s over.” I still don’t know what happened, but we never went back to work. I was under contract for another six months, not able to do anything else and only getting paychecks for seven episodes—five of which I’d already received. Very quickly I called everybody in my family and said, “You know that money you’ve saved? I need it now.” My family came through, but shortly afterward we went on a Hawaiian vacation at the Four Seasons. This trip was beyond unaffordable, but we’d booked it and couldn’t pull out. So when we’d be at an expensive place, I’d order off the kids’ menu for a fictional extra child nobody ever saw, just so I could eat a $12 mini grilled cheese instead of a $20 entrée. Ordering off the keiki menu was probably one of the lowest times of my life.

I come from a group of friends who have absolutely no mercy, so after Imagine That was canceled, there was a lot of “Hey, you’re out of work. Imagine that!” and “Wow, you bought a house you can’t afford. Imagine that!” I read in Variety that Rob Lowe was considering leaving The West Wing. I sent Aaron Sorkin an e-mail from the depths of my misery. I’d worked with him on the Broadway play A Few Good Men and had a small role in Rob Reiner’s film adaptation. My pathetic missive said, “How about a less well-known, less good-looking actor who’s willing to work for a lot less money?” To my astonishment, I quickly received a response, which led to a conversation at the Four Seasons in Beverly Hills—Aaron’s common redoubt—and he’s describing this character he’s planning to write for me. I’m listening, and I love Aaron, but all I wanted to do was call my wife and go, “This is actually happening!”