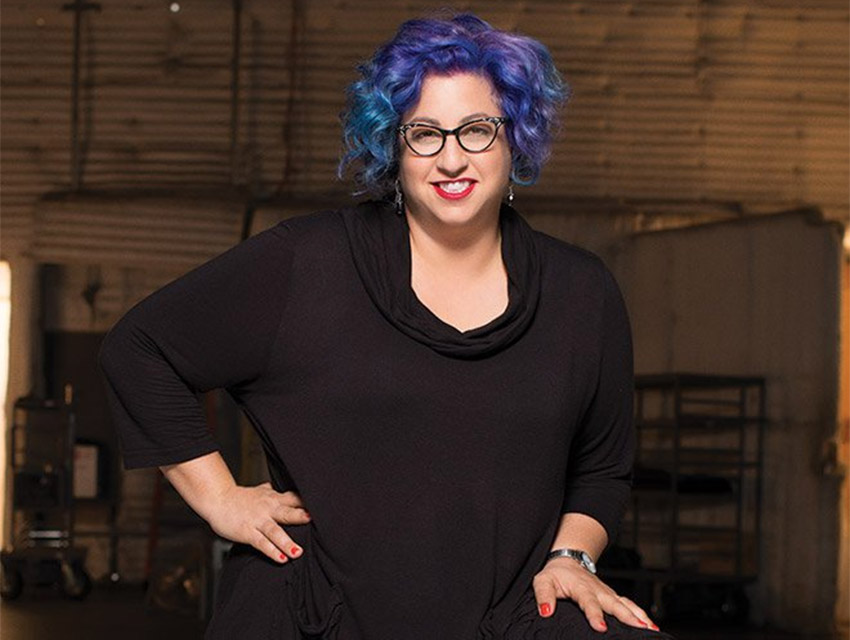 I am a Los Angeles native married to a Los Angeles native. I attended the Westlake School for Girls (it’s now Harvard-Westlake) for seventh and eighth grade. It was not a happy place for me. It can go two ways with girls: They either bond or eat each other alive. I had a class that was feasting. I transferred to Beverly Hills High, where everyone was so busy trying to be sophisticated that the school hierarchy wasn’t in play as much. And the parties were epic. It wasn’t just a kegger at so-and-so’s house.

Kids would put on parties that were like the rings of hell. They would hire the UCLA football team for security. You get through that, and you’re in the backyard. If you know the person who is throwing the party, you can be in the house. It was a fascinating world to grow up in. I wasn’t the most active participant, but I was an intense observer.

When I got out of college in 1991, I had four jobs in four different parts of L.A. There was I Love Juicy, a smoothie bar in Venice, and the Videotheque on Sunset Boulevard, across from the old Tower Records. I was also an intern at the Los Angeles Reader in the Miracle Mile and at High Performance magazine downtown. The offices of High Performance were in the Victor Clothing Company building on Broadway. It had a giant mural showing the history of Latinos in L.A. It was gorgeous. At night I would go to Gorky’s or Al’s Bar for weird shows, exploring downtown when it was still sketchy and forbidden. It was fun.

A TV touchstone for me is The Days and Nights of Molly Dodd. That series was whimsical and smart and had the mix of comedy and drama that I now trade in—but with a dash of magical realism. I wanted to be Molly Dodd, but more than that, I wanted to be Jay Tarses, who created the show. I was an intern on another of his shows, Black Tie Affair. Production was at the Park Plaza Hotel by Mac-Arthur Park. I’d get there early to get rid of the needles or hose down the sidewalk if there’d been a knife fight. Between scenes we’d explore the hotel—it was decrepit and fascinating. I bought a building near where I used to wash blood off the sidewalk. We’re rehabbing it now, and hopefully I will move my production offices there in 2015.

Between the blood, needles, and walking producers’ dogs, I realized it would take a long time to climb the ladder, and I wanted a shortcut. And that seemed to happen by becoming a writer. I quit all of my jobs and moved to Santa Cruz for a few weeks and wrote spec scripts for The Simpsons and Seinfeld, which my ex-sister-in-law’s father gave to an agent in an elevator. He read them and said, “You need something else because The Simpsons is animated.” So I wrote a spec script for Roseanne, and I was on The Fresh Prince of Bel-Air by spring. I was 21 or 22. I never backpacked through Europe or did any of that. I’ve been working since then.