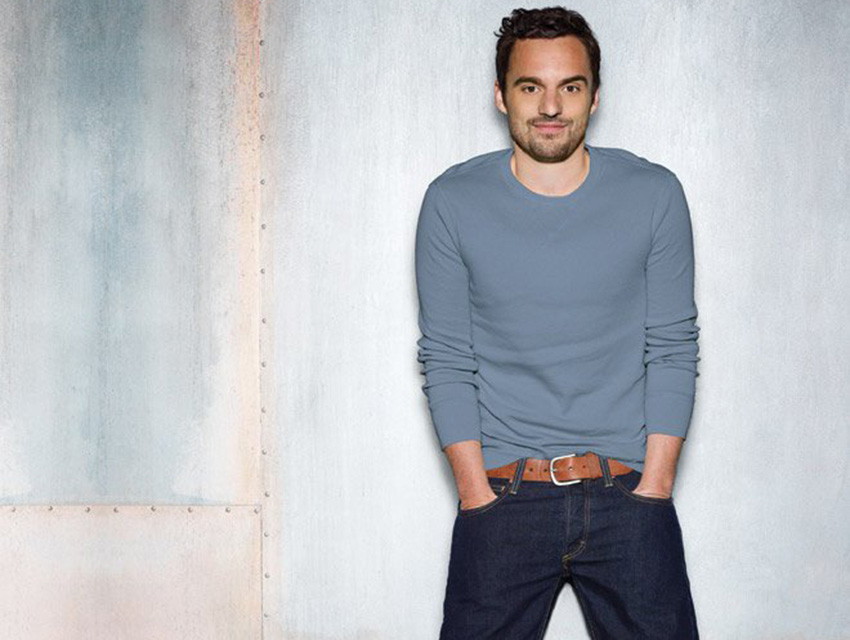 I decided to move to Los Angeles after I met this comedian at a wedding in Chicago. He lived in Hollywood and was going on auditions, and he told me he could get me a job at Hollywood Park Casino, which sounded like this crazy dream life. I headed out here in the dead of winter in a little stick-shift Hyundai Accent with no heater. As I left Chicago, I could see my breath in the car. Two-and-a-half straight days of driving later, I pulled up in sunny Los Angeles. It was love at first sight.

When I got here, I worked as a caterer, and one of the first gigs I had was some big agent’s party. All the major stars were there. I had only been in L.A. for about three weeks and was handing Jamie Foxx and Natalie Portman and Vince Vaughn drinks and bringing them hors d’oeuvres. That was a trip, but one of the things I like about L.A. is that people don’t tend to be too taken by celebrity. It’s weirder when I go to another city and somebody recognizes me, like they can’t believe that I would be there. The people in L.A. are way more like, “Hey, there’s Don Cheadle. Cool.”

My first apartment was in Hollywood, and it was so shady, I got robbed right out front. I was helping a neighbor move, and as I was watching his stuff at the curb, a car pulled up and three dudes got out. I was looking at my cell phone, which was cheap but valuable to me because it had all the contacts I had made in L.A. So the oldest of the three guys walks up and says, “Give me your junk!” Had I understood what that meant, I might have obliged. But I honestly didn’t. To me, “junk” is your privates. So I said, “I’m not giving you my junk area!” The situation devolved into a scary “Who’s on First?” “Give me your junk!” “What’s the junk?” “The junk!” “I don’t have any junk!” In the end I wasn’t injured—and I kept my phone.

In addition to adopting a healthier lifestyle—I used to smoke cigarettes—living in Los Angeles has made me outdoorsy. I hike at least once a week, and just seeing the mountains trips me out because I didn’t grow up with them. One time I was with my buddy, and a rattlesnake crossed our path. It was so L.A. to be like, “There’s a fucking rattlesnake!” In Illinois we saw pedestrian animals. Now I live near Glendale, where the other day a mountain lion was on the loose. I saw the news footage, and it was a full-on lion. From growing up in the suburbs of Chicago to living in a place where I’m able to work, have a regular life, and live near rattlesnakes and lions? That’s pretty exotic to me.

Los Angeles also made me a dog person. My wife and I have two rescues, and they’ve changed my life. There are tons of stray cats in our neighborhood, and my wife and her sister try to catch them, get them neutered or spayed, and then adopted. Two that she couldn’t find homes for are now our outdoor cats. We feed them every day and have little cat houses in our yard. I’m not saying it doesn’t happen elsewhere, but it’s not a weird thing here in L.A.