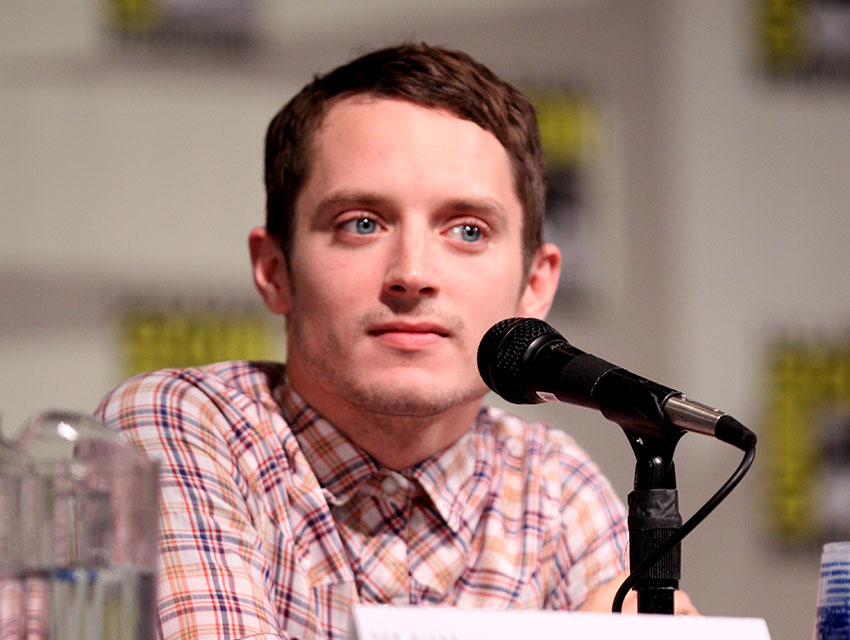 We first moved to Los Angeles from Iowa when I was seven. My mother, older brother, and I moved into the Oakwood Apartments—this prototypical, entry-level complex for anyone who wants to be an actor. I think Seth Green and Jennifer Love Hewitt were living there at the same time. Our idea was to give it six weeks and see what would happen during pilot season. As I booked work and things got more stable, my sister and dad moved out here, and we lived in Toluca Lake and then close to Valley Village. It was there I discovered my favorite pizza: Joe Peeps. It has this great list of ingredients for designing your own pizza. My mom suggested we get a sauerkraut and Canadian bacon one. For 15 years that combo was our thing. Now when I call to place an order, they always know it’s me because nobody else has ever ordered that except my family.

So many formative teenage moments for me happened here. I grew up in the Valley—from about age 8 to 17—so I’m connected to that area, and revisiting always brings back memories. For five or six years we lived on Hesby Street, and it was the first house of ours that felt truly like home. When we were buying it, I was shooting a movie called North with director Rob Reiner. He overheard a conversation about the house and said, “I used to live on Hesby.” Turns out he and Penny Marshall had lived in the same house—our house!—back in the ’70s. For me it’s where I became a teenager. I learned to drive at that house, and with that I learned Laurel Canyon was the gateway, the connective tissue, between the Valley and basically the rest of L.A.

My friends and I would eat dinner in Little Ethiopia and see shows at the Troubadour—that’s a favorite venue of mine. My brother, who is seven years older, used to hang out at the Bourgeois Pig on Franklin. That coffeehouse was a popular place for teenagers because it was like this den of intellectuals, and you could play pool. I couldn’t wait to get old enough to hang out there by myself. When I finally went at 16, I felt really cool.

I also remember the first time I had uni at a sushi place on Ventura. I was 16, on a date, and I saw it on the menu and thought I’d look cool ordering it. Not knowing what it was, I put the whole piece in my mouth and instantly experienced the worst smells of the ocean in this orange gelatinous substance. I kind of vomited. I didn’t have uni again until about two years ago.

Like a lot of Angelenos, I’ve run hot and cold with L.A., but that perception has softened in the last decade. I live in Venice, which has undergone a renaissance, and the whole city seems to be reestablishing itself. I’m not sure if we are more connected to it or that we’re representing it better, but L.A. has become more exciting. It’s an awesome time to be here.

Launched in the Midst of the Pandemic, This Little Ethiopia Cafe Is Fostering Refugee Chefs