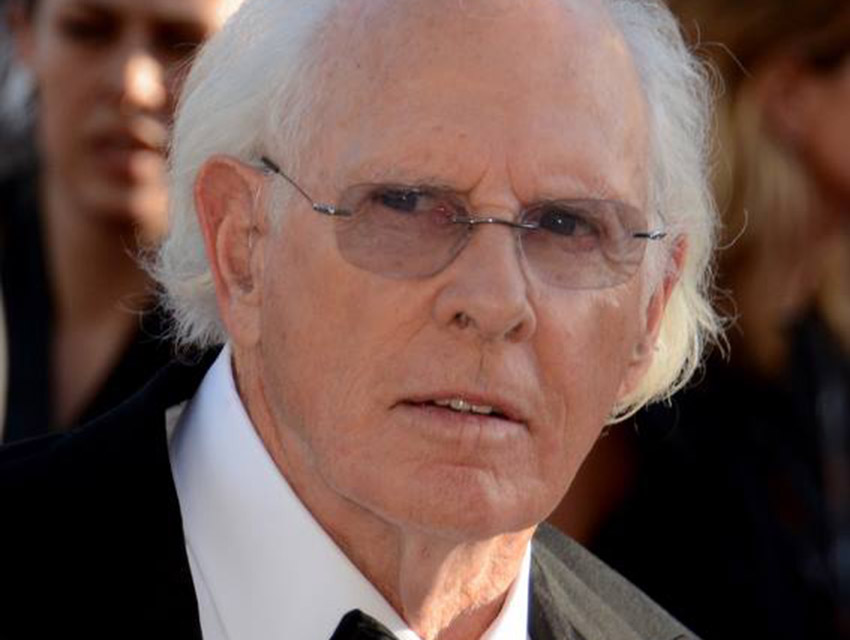 My people thought I was going to the University of Pennsylvania to get an education, but I was there mostly to run. When I tried out for the 1956 Olympics, I didn’t just miss the cut—I missed it totally. I was good enough for the Ivy League but I wasn’t worldwide good. So in 1957, I quit college and started looking for something to do.

I moved to New York and was with the Actors Studio for two and a half years. Then Lee Strasberg and Elia Kazan deemed that it was time for me to go to California. The morning I left, Gadge (that’s Kazan’s nickname) told me, “Now you’re going to go to Hollywood and for a long time you’re going to be not appreciated for what you’re really able to do. In television and movies you’re going to be the Fifth Cowboy from the Right, and I’m just telling you that you’ll be the most goddamn interesting and unique Fifth Cowboy from the Right everybody ever saw without hogging, overacting, or making it all about you.

I learned about L.A. by running through it. I still run in Griffith Park. I’ve run up the Pacific Coast Highway, through Hidden Valley and up by Thousand Oaks before they built the golf courses there. I competed in the annual relay race from the Hollywood Bowl to the Pacific Coastal Highway down Mulholland Drive until they closed down part of the road. In 1967 I ran with a few other guys from the Santa Monica Pier to Denver. We did 35 miles a day, each of us trailed by a motorhome with a family member in it and a masseuse. In the second week we crossed the California desert at night, the way Peter O’Toole crossed the Nefud Desert in Lawrence of Arabia.

One time I was running through Malibu Canyon when I felt like I’d been shot. I had a collapsed lung. I had just met John Wayne, and I called the doctor who had taken out his left lung. He got me admitted to St. John’s Hospital, where they drained the air from my chest cavity, but the nun on duty wouldn’t give me a pill to go asleep. I called Loretta Young and put her on the phone, and I don’t know what she said but the rest of the time they treated me like the Queen of England.

I was the only actor to have killed John Wayne, in The Cowboys. That was in 1972, but there’s not a place I go even today where I don’t get grief about it. When I was shooting Nebraska in Billings, Montana a few years ago, five or six people came up to me and said, “Hey, you killed my buddy.” I’d say, “Hey man, that was a movie. He died of cancer. Leave me alone.” And one of them said, “I was in Iwo Jima with him.” And I said, “He never was in Iwo Jima. He was in Glendale.”

Ask Chris: Is it True That a Gay Rights Group Receives Residuals from One of John Wayne’s Movies?