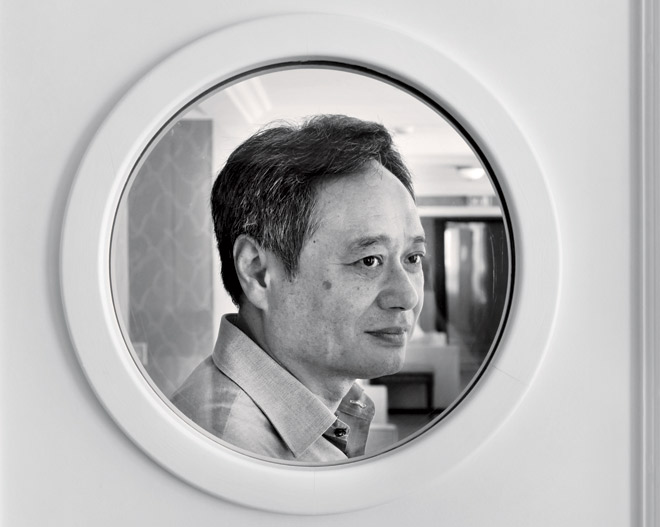 I first came to L.A. by Greyhound bus. I was in film school in New York, but my girlfriend—now wife—was studying in Champaign, Illinois. After visiting her, I wanted to see America, so I bought a $140 cross-country bus ticket and a loaf of bread and basically slept, ate, and went sightseeing along the way. I arrived in L.A. at four o’clock in the morning and tried to check into a YMCA, but I couldn’t get in. Then I ran into these kids on the street who said, “You can come live with us. We’ll take your $10 until you can find a place.” They told me they were extras in the plane-chasing scene in Raiders of the Lost Ark. I stayed at their place, and when I got up in the morning, I opened the window, looked out, and saw the Hollywood sign. Then I checked my wallet, and all of my money was gone. Stolen. Later I went to the bank, got more money, and ended up having a good time. That was my first experience in L.A.

The second time was for two weeks right after film school. I had an agent at William Morris who had me scheduled for 30 or so meetings to pitch a script—a low-budget thing called It’s Not Superstition. I rented a Toyota Corolla at a place in Alhambra and got to know L.A. a lot better by driving around. I’d go into these meetings with executives who were very polite, very flattering, and who made me feel like “This is it! I’m going to make it.” But after a couple of months of following up, it became apparent to me that nothing was going to happen. That’s just what they do. I was also struck by how young the executives were. I thought once I got to the more powerful people, they’d get older, but no, they were still really young—which was scary to me. I met one woman who was maybe 40, and I asked her, “Where are the older people?” And she said, “I’m the oldest.” On that trip I realized New York was the only place I could call home, and I settled there.

These days I’m mostly familiar with two parts of L.A.: one is movie culture, and the other is Asian culture. The Westside is work, and the Eastside is Chinese—which means my friends. Right now I’m living in an apartment in Century City while I finish Life of Pi and walk five minutes to the Fox lot. I don’t go out much while I’m working, so I’m quite happy here. I do order Chinese banquets for the crew—but now that I’m a big shot, I can get it delivered instead of driving all the way east.

When I directed The Hulk about a decade ago, I spent a year here and finally understood why you’d want to live here. It’s a magical place for a director. It’s movie town. There’s a level of sophistication of filmmaking that’s mind-boggling. Anything you need for your movie, there’s an establishment that can make it happen really fast. There’s nothing like it anywhere in the world. But to live, it’s a little too magical to the point of being unreal. I look at the buildings, hear the way people talk, and there’s a hyped L.A. style that feels good but not so solid.

Another thing about L.A. is how time goes quickly. The L.A. weather is a lot like Taiwan’s, where you don’t observe four seasons, so the years can pass and you don’t feel a thing. One day you think “Huh?” and suddenly you realize it’s 15 years later. I guess in Hollywood you chart your life by Oscars. You say to each other, “Remember when that movie won that year? It was 2006. Remember that?”

See Raiders of the Lost Ark in a Gothic Theater