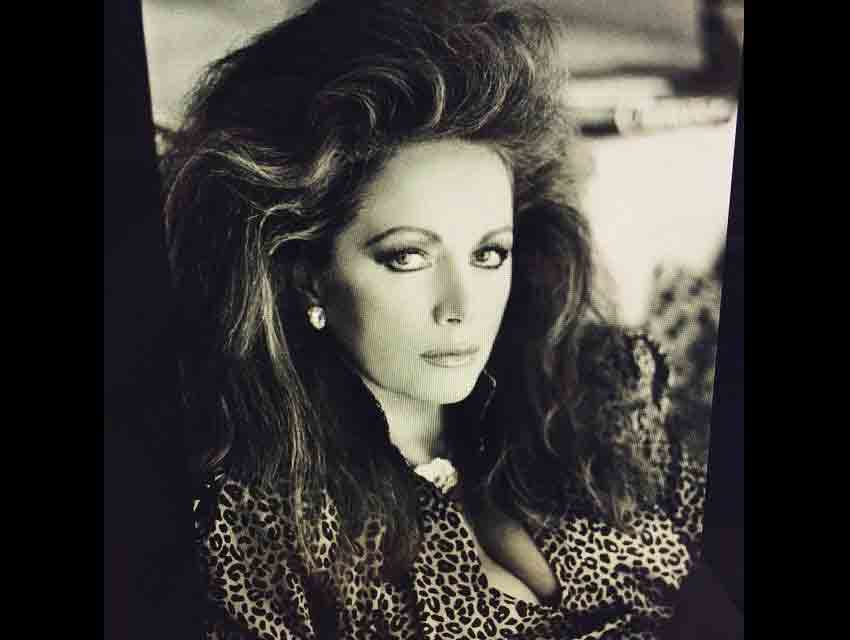 Writing about the film community or the slightly better behaved American Mafia, the London-born Jackie Collins has sold more than 400 million novels worldwide, with such blockbuster titles as Hollywood Wives, Hollywood Husbands, and Hollywood Kids. The paperback edition of Hollywood Divorces—the last of her books to begin with the word Hollywood, she vows—will be released this month.

➻ My parents actually said to me one day, “Reform school or Hollywood?” And I said, “Hmm, I think I’ll pick Hollywood.” And so I had this older sister, Joan, who was a big movie star at the time, doing films with Paul Newman and people like that, and I hightailed it out here.

➻ To me, Los Angeles must have been a home of mine in a former life. When people put it down, I think it’s because they haven’t made it here. A lot of English actors will come here and go, “Oh, well, they’ve got baked beans for brains and they don’t do anything”—all of that. People are more productive here than in any other city.

➻ I don’t think my novels are decadent and corrupt, because I’m writing the truth. And I tone it down. In Rock Star I wrote about a rock star out on a boat with twins, having this wild sexual experience, and the actual rock star who told me the story was very disappointed. He said, “I told you that story, but it was triplets. I told you it was triplets.” I said, “You know what? People hardly believe the twins.”

➻ I think women need to kick ass a little more, and I’m happy to see it on the screen now, because we have Angelina Jolie and actresses like that who are far tougher than they used to be. I remember when Thelma & Louise came out, I mean, shock, horror, they killed a rapist, My God, how could they do that? That’s what all the magazines said. Meanwhile, at the same time, there was a movie out with Stallone and one out with Clint Eastwood where they killed probably 200, 300 people, and nobody said a word. But a woman kills one measly rapist, forget about it.

➻ Most people who write about Hollywood are failed screenwriters, and they have a certain kind of bitterness about their books.

➻ In Hollywood Wives I had a party scene, and at the beginning of the party scene I would put three lines of dialogue from various party guests, and they were all real lines of dialogue I’d heard at Hollywood parties. I could give you an example, which is a really lewd one. It might be too rude. There was this very attractive guy in Hollywood, really great looking, and he was outraged one day. And I always question men about their sex lives, and they always tell me. I go, “What’s your problem?” And he goes, “Well, you know, I just don’t get it. I take them to Mexico for a fabulous weekend, I buy them a piece of jewelry, I buy them a new dress. I’ve got to give them head, too?” It was so Hollywood and so true.

➻ Don’t you find it’s terrible when you have to deal with publicists? I mean, I have a great publicist, she’s really nice, but I know most of them are such sons of bitches.

➻ So interesting, there are not any stars under 30. Leonardo is probably the youngest. He’s been completely off the radar. Brittany Murphy, but who knows if she’s going to be around. Kirsten Dunst, I think she’s really boring. Reese Witherspoon? She can open a movie. I think J.Lo is fabulous. Jamie Foxx is phenomenal. He’s going to be enormous. Jamie Foxx is the new Denzel Washington.

➻ It’s very interesting in Hollywood now. They either look like total hookers or very plain.

➻ It’s like nobody has ever had a baby before. Give me a fucking break. It’s unbelievable. If I have to see one more of these simpering actresses going, “Oh, he opened his eyes”—and then the husbands, who sometimes have another family who’s grown, are going, “Now I can spend time with my baby.” Oh, yeah, I bet your other family is really thrilled.

➻ If Robert Redford or Paul Newman got up tomorrow and ran for president, they would get in. No doubt about it.

➻ I like writing flawed men that the right woman can improve upon, but I also like writing the cliche characters that exist here. You know, the blond with the silicone boobs and the loud producer with the gold chains, they still exist. You live here. You see it. If I didn’t write them, then I wouldn’t be writing a true picture of Hollywood.