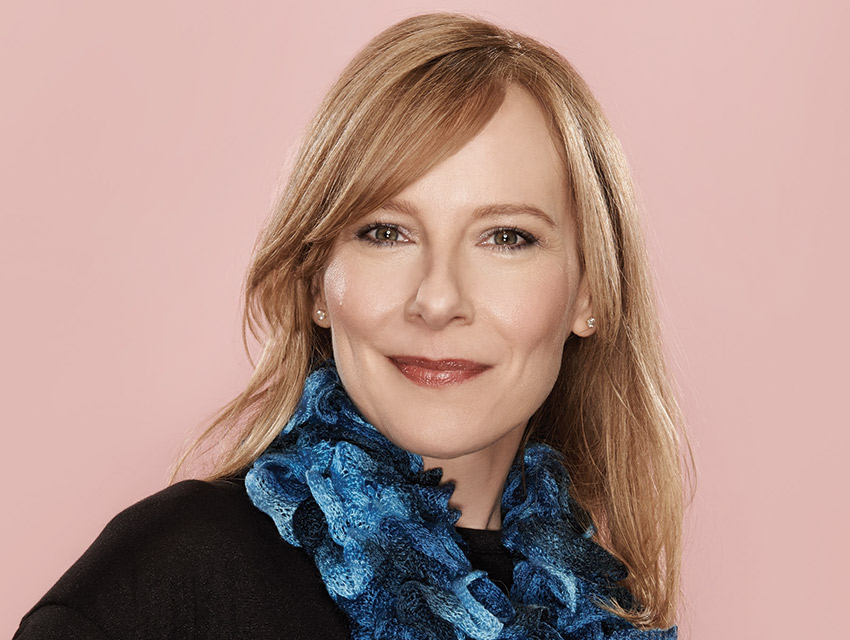 I have never lived in Los Angeles with more than one suitcase. Never had my own lease. Never wanted to move here. I love living in New York, and once I found enough success, I thought, “Maybe I really don’t have to go to L.A. now.” It was a relief because I prefer to be home in my own bed, with my family.

When I was younger, I came to L.A. to show my face and remind casting agents who I was, then flew back to Manhattan to do theater. I started visiting for long periods when I was about 18, and I stayed in Venice, either with a boyfriend or a friend. It was magical.

My first stay was in 1989. The Ballerina Clown sculpture had just gone up, and the neighborhood was surprised. She was getting cans of paint thrown at her. When I wasn’t working, I could go to the beach down the block. Having grown up in Queens and gone to school in Manhattan, that was new to me. After a day of auditions in the Valley or Hollywood, Venice was a bit of solace. I loved smelling the jasmine at night. There used to be a bakery on Rose that made amazing sourdough bread, and the smell would permeate the air. You don’t get that kind of smell in New York.

I was in L.A. doing a play at South Coast Repertory during the riots in 1992. I drove home from work on the 405 and could see the fires burning. Usually police helicopters would fly overhead, but during the riots, Venice was quiet. It was also my birthday, and I had to cancel my party because of the curfew. Two friends showed up at my door anyway, and another happened to have made a cake, so we ended up having our own peace thing.

When I was working here on The Office, my family and I stayed at Jennifer Garner and Ben Affleck’s house. They are so gracious and generous. Ben has a nice collection of films, and after the kids went to bed, we’d watch movies. I had to be on set at 4:45 a.m.—it’s not like I was whooping it up late at night. In the morning I would make coffee and then listen to NPR as I drove through the canyon to the Valley, which is where we filmed, sandwiched between adult-industry studios. It was so early that I was the only one on the road sometimes. I’d look for coyotes, but I never found one.

Here’s something I’ve learned about L.A.: Everyone’s at the top of their game. They had a great workout. Their day is awesome. In New York it might rain. When someone asks, “How was your morning?” you go, “Ugh, the coffeemaker broke. I got stepped on in the subway. I dropped my glasses on the tracks.”And everyone says, “I know what you mean.” They commiserate. You can’t do that in L.A. Steve Carell once asked me how my drive was, and I said, “Ugh, it’s so early!” He just looked at me like, “Are you kidding me? I assume you’re being paid well to be on a hit TV show. Don’t complain.” I was like, “Oh. L.A. is the land of positive thinking.”