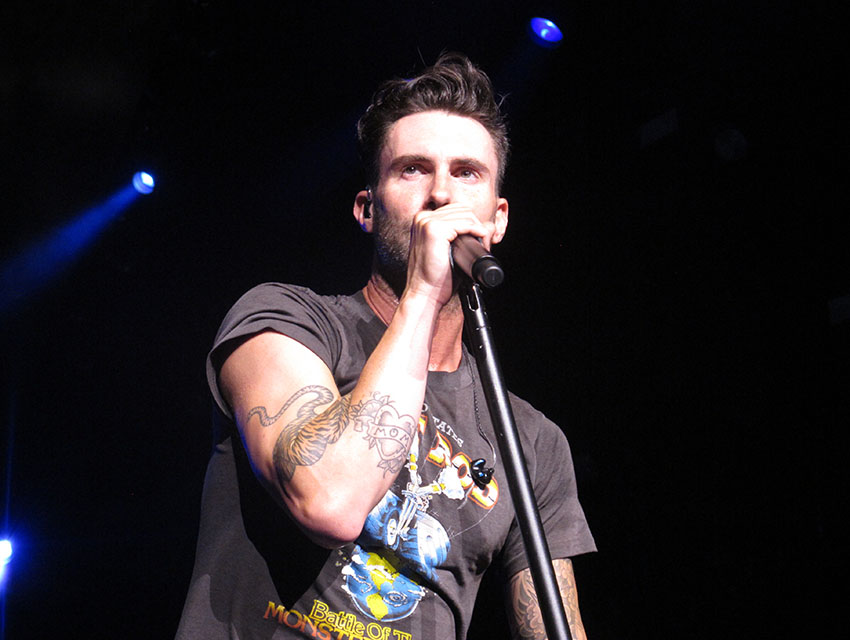 L.A. is not a normal city. You grow up seeing people—a politician, an actor, a musician: “Oh, that’s so-and-so!” It made me indifferent to it. It was just part of life. At the same time, when I met Stevie Wonder, it blew my mind. I was overjoyed. But being enamored of fame as a concept? My parents raised me to never pay any mind to it.

I grew up all over the Westside—Marina del Rey, Brentwood. But the Beverly Center was the jam back in the day. Starky’s Deli was my spot, on the top floor. It was owned by the same guy who owned Jerry’s. That’s where you would play video games, eat some pizza, talk to pretty girls who didn’t want to talk to you. That was the spot. It is no longer, unfortunately. I probably still would hang out there now.

I remember Pirate Radio 100.3. I had a boombox in my room with a huge Pirate Radio sticker on it. I was cool—I was so much cooler when I was a kid. My first concert I went to, I was 11. My dad took me and my best friend to see Warrant at the Santa Monica Civic Auditorium. I had just started playing guitar, and I was obsessed with Warrant. This was the time when glammed-out pop was at its finest. I don’t even remember the show as much as I remember just being so blown away by the scene. It looked like a costume party—all this hair spray and boobs and leather and crazy shit that I had never been exposed to. I remember my dad put me up on his shoulders the whole time because I couldn’t see. There was too much hair in the way.

Around the same time my grandmother took me to the Pantages Theatre to see Les Mis. It was a matinee, and I was so unbelievably bored. So I asked my grandma, “Can we go to Guitar Center?” And she said, “Of course!” Guitar Center was my Toys R Us. It still is. It was like heaven. I’d walk in there and hear people playing, and I was so completely excited. I loved to go and scout out the most expensive guitar and start playing it. So on this afternoon a salesman came over and said, “Sorry, little dude”—you know, he was one of those kinds of guys—“Sorry, little man, can’t play this one.” And he grabbed it out of my hand and put it back on the rack. I remember thinking to myself, “I’ll show you! One of these days I’ll come back in here and buy that guitar!” And you know what? Mission accomplished. Years later I marched right in there—I’ll never forget it—told them the story, and bought the guitar I wanted. It was exactly like in Wayne’s World: “It will be mine. Oh yes.” » Levine, 31, is the front man for Maroon 5. He bought the guitar of his dreams in 2004, after the release of the band’s breakthrough album, Songs About Jane.