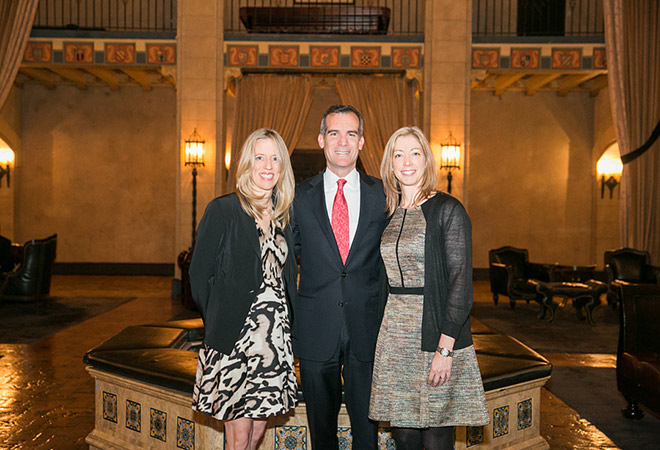 On Tuesday, March 18, Los Angeles magazine hosted the first installment of this year’s Breakfast Conversation Series at Public Kitchen and Bar at The Roosevelt Hotel. The morning featured a discussion and Q&A between Editor-in-Chief Mary Melton and Mayor Eric Garcetti. Attendees enjoyed breakfast and listened intently as the mayor addressed civic stewardship, education, and the future of the city of Los Angeles.

Click the links below to see the compelling interview: