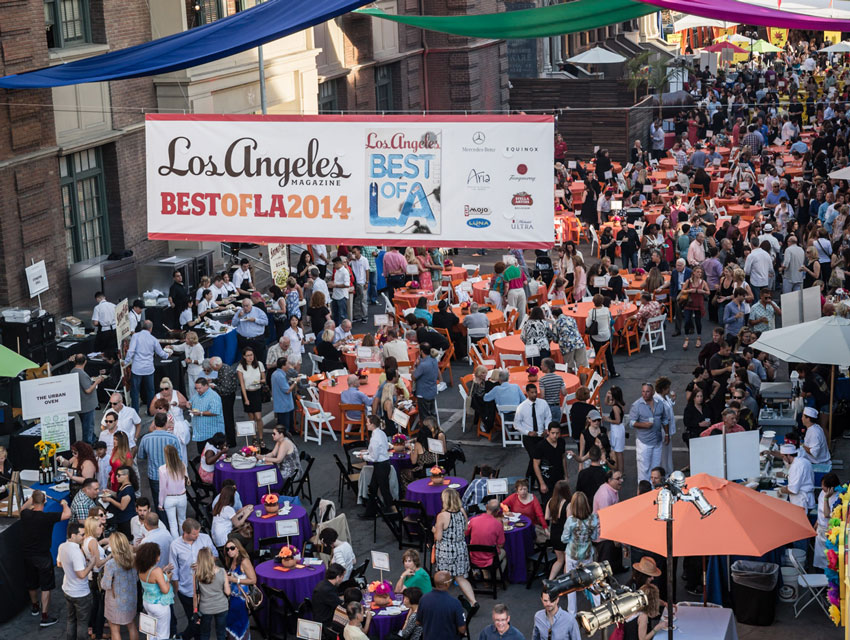 Los Angeles magazine, the media partner for 10 years running, outfitted the Best of LA® street with a Mercedes-Benz Futuristic Lounge that featured the SLS AMG GT, S550 and SL63 models. Guests also enjoyed body assessments and massages from EQUINOX, casino style gaming and cocktails sponsored by TANQUERAY®, a photo booth presented by ARIA Resort & Casino, a Stella Artois Patio, samples from Clif and Luna bar, manicures from Nails in Your Room, and artisan coffee and tea from Grand Avenue Coffee. With the support of these sponsors, Los Angeles magazine donated $25,000 to Concern Foundation.

In total, the event yielded an astounding $1.8 million to support cancer research. Since 1968, the foundation has raised over $57 million for cancer research, awarding funds to over 700 cancer researchers throughout the United States and around the globe.