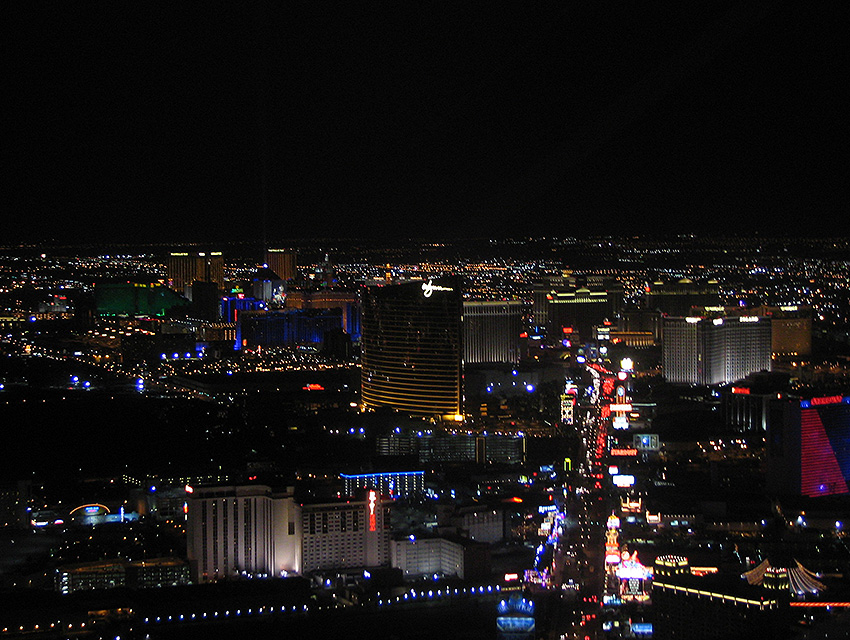 The night I arrived in Las Vegas to report “Vegas Rising,” an eight-page feature on Sin City that appears in the May issue—it was around 5 p.m. and the desert light was softly collapsing—I drove smack into an international news story that had shut down the Strip and access to my waiting hotel, the new Nobu tower at Caesar’s Palace. Twelve hours earlier, two pimps engaged in a rivalry and a high-speed chase had exited the gleaming hotel complex named CityCenter, one accelerating a silver Masarati and his armed pursuer in a black Range Rover. Careening northbound onto the Strip, Ammar Harris fired a handgun and hit Kenneth “Clutch” Cherry, leaving the sterling blur driverless as it exploded into a taxi and immolated its human contents: one driver and one passenger, the latter a conventioneer out on the town on the way back to her own waiting hotel room. Clutch had kept rap artist aspirations, along with a YouTube account that streamed his fantasy exploits in music video, and a curious parallel to my last Vegas stopover—a half-dozen years after the Mirage debuted—heralded my return: Tupac Shakur’s own last night on the town, another international news story that had shut down the city’s streets.

By now it should be obvious I don’t get out to Vegas much. I have passed through over the years, on my way to the canyon parks that dangle like red ribbons from Utah’s waist—Zion, Bryce Canyon, Capitol Reef, and the Grand Staircase at Escalante National Monument. These are the desert towers I typically spend my vacation time shuttling between. When your childhood opinions of Sin City have been innocently forged from repetitive readings of Hunter S. Thompson’s Fear and Loathing in Las Vegas, you don’t place everything on red at Caesar’s. Even if I can’t say I was conscious during the 1960s, that never stopped me later in life from nourishing a nostalgia for the generation before my own, one that explained away Vegas as a town counter to everything the counterculture bear-hugged.

Eventually I wound up spending five hours that first night in town waiting out the Strip’s closure along with my only companion, NPR, before I finally reached Nobu. Did I have fun? No. Did I enjoy my stay afterward? Hell, yes. I put everything on black and lost. I loved it. I discovered the glory that is video poker on the bar. I put everything on three of the cutest little cherries you ever saw and won. And as my winnings climbed from $4 to $7 to $12—eventually I would cash out at a jaw-dropping $41—I realized the ’60s were finally dead, and I gave a toast to that truth with my third, free mai tai of the morning. Breakfast was around the corner.