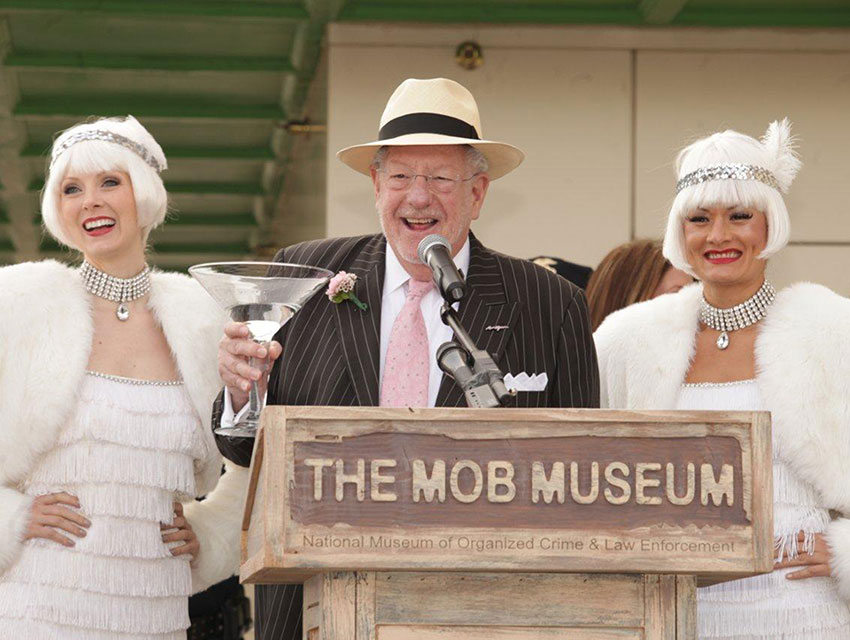 It may not carry the gravitas of such U.S. holidays as Veteran’s Day or Labor Day, but Repeal Day, observed on Dec. 5 each year, celebrates a freedom that most American adults enjoy and likely take for granted—the freedom to get liquored up. Repeal Day, for the uninitiated, is the anniversary of the 1933 ratification of the 21st Amendment to the U.S. Constitution, which repealed the 18th Amendment, ratified in 1919, which prohibited the “manufacture, sale, or transportation of intoxicating liquors” in the United States.

During Prohibition, when Las Vegas was still a dusty railroad town, bars—and brothels—flourished in the area of downtown then known as Block 16. As Stephanie Kishi wrote in the Las Vegas Sun in 2008, “Prohibition did not slow down the sale of alcohol, it just made it more difficult, and saloons had to sell hard liquor in secret. Despite numerous threats of fines and raids, Block 16 continued to sell alcohol until the amendment was repealed in 1933.” Prohibition’s end, of course, allowed Las Vegas to build practically an entire industry around liquor consumption, intrinsically linked to the gambling and entertainment that made Sin City such an appealing destination for adult pleasures in the ensuing years.

“Repeal Day reminds Las Vegans of our perceived role as the capital of adult freedom,” said Dayvid Figler, a Las Vegas trial lawyer and author. “Of all of Sin City’s sins, liquor is the easiest to go down. Vegas has always loved hooch. I understand our city goes through a lot every year.”

It should come as no surprise, then, that Repeal Day is something of a minor holiday in Vegas, with local businesses celebrating in various ways. Velveteen Rabbit, a hip cocktail bar in the 18b Las Vegas Arts District, is ringing in Repeal Day early on Dec. 4 with a speakeasy-style affair requiring a password (“botanist”) for entry. The Botanist Islay Dry Gin will be the featured poison, food will be served, and Prohibition-era throwback band The All-Togethers will perform at midnight to ring in Repeal Day proper.

The Mob Museum—whose organized crime subjects may have had a little to do with the distribution of intoxicating liquors during Prohibition—is throwing its third annual Repeal Day Party on Dec. 5, which will kick off with a toast by gin lover and former Las Vegas Mayor Oscar Goodman. The celebration—which will offer live cabaret dancers, a jazz band, casino table games, craft cocktails and a 1920s costume contest—will be emceed by Figler, who figures he’ll be toasting with Hendrick’s Gin that day. “I picture a hipster mixologist stirring a dram or two into a concoction using a miniature replica-era bathtub,” he said, “maybe call it a ‘Mobbed-Up Cuke Joint.’”

Nearby Downtown Grand Hotel & Casino is partnering with the Mob Museum to ensure retro-revelers have a place to crash after a long night of Lindy Hopping. The resort’s Repeal Day package includes not just a room and tickets to the Mob Museum’s bash, but also cocktails and Hangover Oxtail Soup at Downtown Grand’s S+O restaurant, plus late checkout for optimal recovery from a night celebrating the freedom to over-intoxicate.