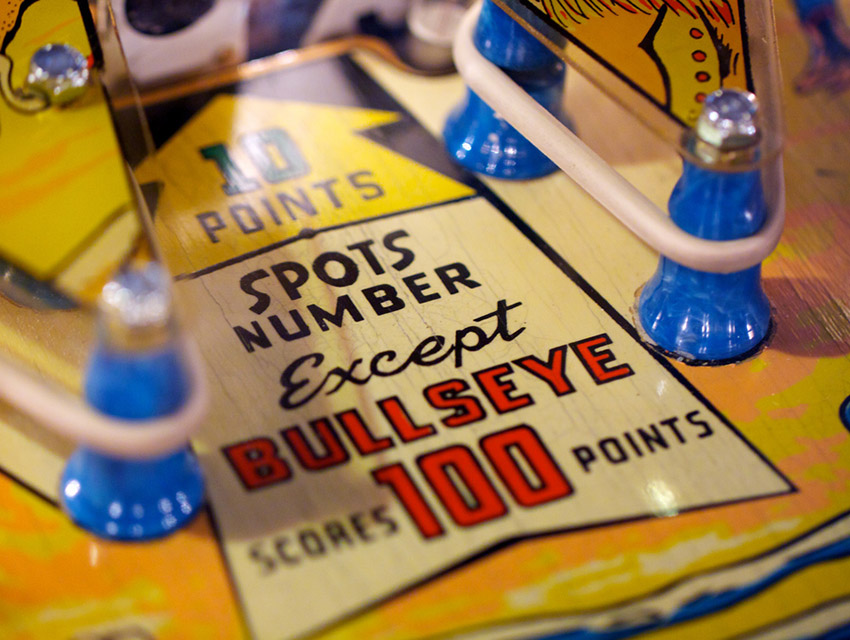 Las Vegas offers plenty of distractions for both visitors and locals, from raging nightclubs and top-tier restaurants to bustling casinos and gentlemen’s clubs packed to the catwalks with well-endowed dancers. But what if one’s interests are less Hugh Hefner and more Stan Lee? If your card game of choice isn’t Texas Hold ‘Em but Magic the Gathering, then you’ll be happy to learn that Vegas’ geek game is strong. We rounded up five of our favorite places to nerd out in Sin City:

Although it’s about to move to a new location after a long stint on the periphery of downtown Las Vegas, the Sci-Fi Center remains a stalwart go-to for all things geeky. Sure, it’s ostensibly a retail store carrying comic books, posters, science fiction memorabilia, horror magazines and DVDs, but it’s also a performance venue, hosting Rocky Horror Picture Show screenings with a live cast, quirky independent plays, and viewing parties for The Walking Dead and Doctor Who.

The Pinball Hall of Fame declares fun as “mandatory” within its walls, and with more than 150 pinball machines, classic arcade consoles and amusement games, it would take a lot of work not to have fun inside this nonprofit (all proceeds are donated to local charities), 10,000-square-foot paean to steel balls and flippers. A remote annex at the Riviera Hotel & Casino offers visitors to the Strip a 30-machine slice of pinball heaven.

With its proximity to both the Strip and UNLV and a national reputation earned over its 20 years, Alternate Reality Comics is one of the top destinations in Las Vegas for lovers of graphic fiction. This bright, welcoming store offers approximately 3,000 square feet of shelves well-stocked with all the latest mainstream and alternative comic books and graphic novels, including hard-to-find foreign and independent titles, as well as an entire section dedicated to kid-friendly selections.

Are zombies real? Probably not, but at the Zombie Apocalypse Store, visitors can stock up on all the essential supplies to survive an invasion by the undead just in case it turns out they are. Although its basically a cleverly branded survivalist shop, the Zombie Apocalypse Store commits to its theme, offering fun items such as zombie hunting permits alongside weapons, freeze-dried food and first-aid kits. Plus, it hosts weekly paintball “zombie shooting” experiences.

Gamers of all stripes can exercise their thumbs and their livers at the same time at Insert Coin(s), a bar and nightclub that offers classic arcade cabinets, modern gaming consoles, and video game-themed cocktails. Located in the heart of downtown’s Fremont East Entertainment District, Insert Coin(s) also hosts hip-hop and dance DJs and live acts, and offers VIP gaming booths replete with bottle service for geek ballers.