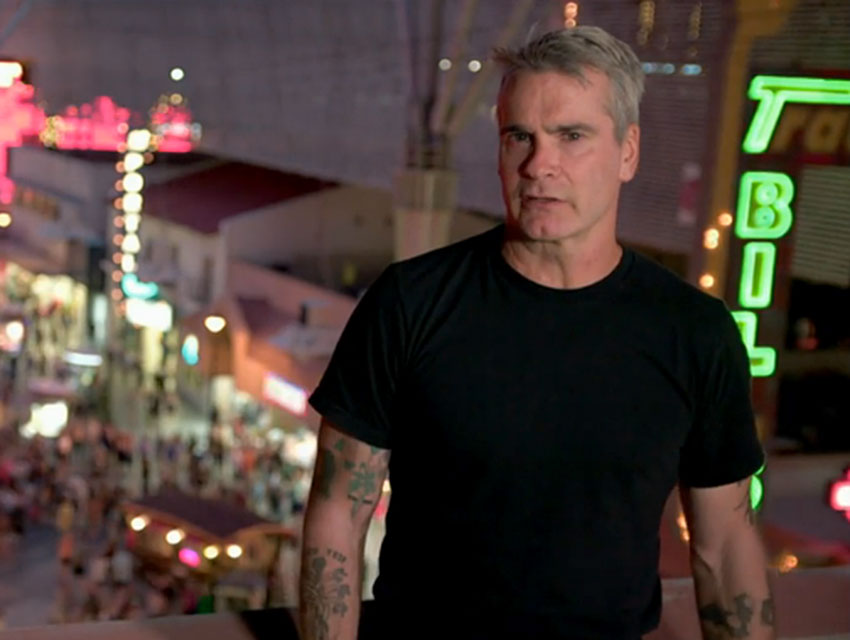 In August, multi-hyphenate-wielding raconteur Henry Rollins stuck his blogging hand inside a hornet’s nest when he used his LA Weekly column to call out Las Vegas as “a massive concrete, steel and pavement tantrum.” He wrote this tirade while perched near perhaps the most touristy of spots: The intersection of Las Vegas Boulevard and Flamingo Road, about as close to dead center on the world-famous Las Vegas Strip as it gets. It was mid-August, it was unmercifully hot, and to be honest, if my only exposure to “Las Vegas” was a view from a second-tier resort of the unwashed masses sweating their way from one monolithic casino to another, I’d probably have come to the same conclusion.

Here’s the thing: The Las Vegas episode of Rollins’ History Channel show, 10 Things You Don’t Know About, that aired on Oct. 18 actually focused on a broad range of historical subjects, from the legalization of gambling and atomic tourism to the federal government’s involvement in outlawing prostitution in Vegas and the city’s role in Elvis Presley’s death. Rollins talked to prominent local historians, journalists, and educators. Even the episode’s description on the History Channel’s Web site declares “Henry Rollins discovers that there’s more to Sin City than meets the eye.”

But reading the blog he wrote while in Vegas to shoot said episode, it’s obvious he didn’t. This is a guy who, on his spoken word tours, has made a point of enlightening audiences about the “real” culture of places he’s traveled in the Middle East, places he got to know by spending time in cafes and people’s homes—and yet he thinks he’s got an entire metropolitan area—my metropolitan area—of two million people figured out after spending a few days on one street talking to other visitors. Come on, Hank. You’re smarter than that.

So, in the interest of education, here are 10 things Henry Rollins doesn’t know about Las Vegas—and maybe you don’t, either: