Home Books When Celebs Want Rare Books, This Is Where They Go 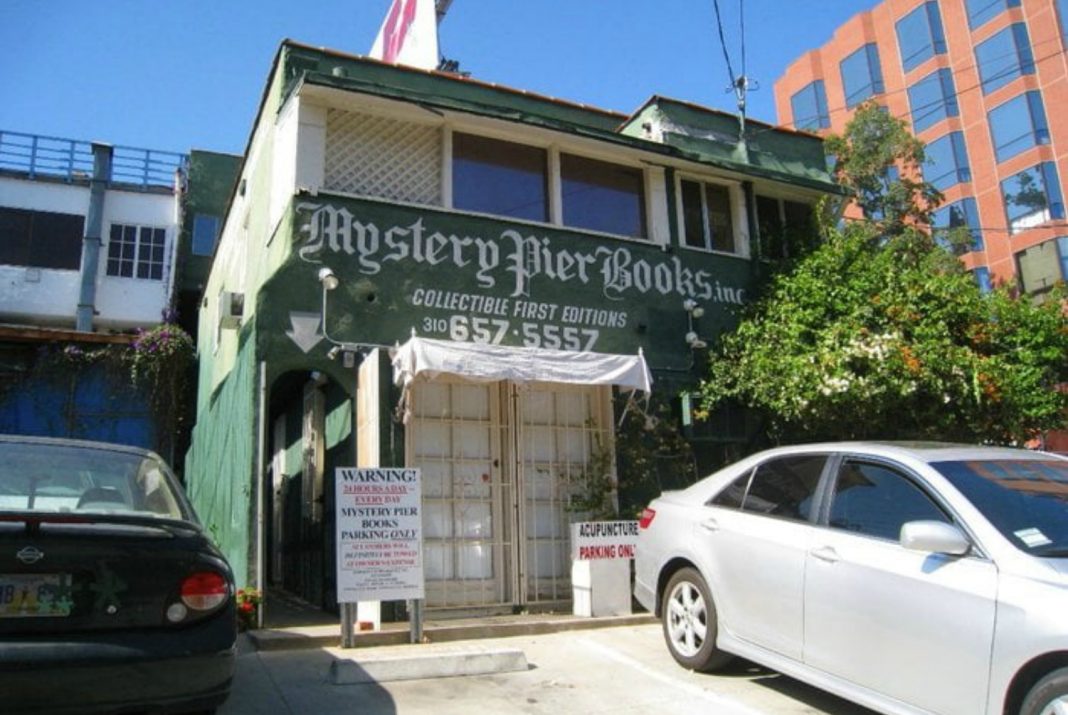 In Quentin Tarantino’s Once Upon a Time in Hollywood, Sharon Tate (played by Margot Robbie) visits a rare-book dealer in Westwood Village to pick up a first edition of Thomas Hardy’s Tess of the d’Urbervilles for her husband, Roman Polanski. (According to industry lore, Tate introduced Polanski to the book and his ’79 adaptation of the novel, Tess, was a tribute to his late wife.)

It wasn’t around back in 1969, but Mystery Pier Books—tucked away just off the Sunset Strip—has kept the rich and famous (and the rest of us) supplied with rare and antiquarian books since 1998. The quaint, converted cottage, which celebrated its 21st anniversary earlier this month, deals exclusively in collectible first editions, from a $3,000 copy of William Faulkner’s Absalom, Absalom to a $300 copy of Jonathan Franzen’s The Corrections.

Harvey Jason was a working actor before he left show business to open Mystery Pier—one of his last roles was as tracker Ajay Sidhu in the Jurassic Park sequel The Lost World—and his shop has become a destination for Hollywood A-listers, photos of whom adorn the shop’s walls. Jason says that frequent visitor Johnny Depp has “immaculate literary taste,” that the members of U2 are interested in Irish literature, that Red Hot Chili Peppers bass player Flea has been coming to the store since it opened, that Barry Gibb of the Bee Gees loves anything and everything Winston Churchill, and that Sylvester Stallone is a “tremendously intelligent” reader. Dakota Johnson was recently photographed carrying a Mystery Pier tote bag.

After 21 years spent surrounded by artifacts from previous eras, Jason says he hasn’t tired of the rare-book business. In fact, he calls running the shop alongside his son Louis a “dream come true.”

RELATED: KHJ, L.A.’s Coolest AM Radio Station, Is Basically a Background Actor in Once Upon a Time in Hollywood