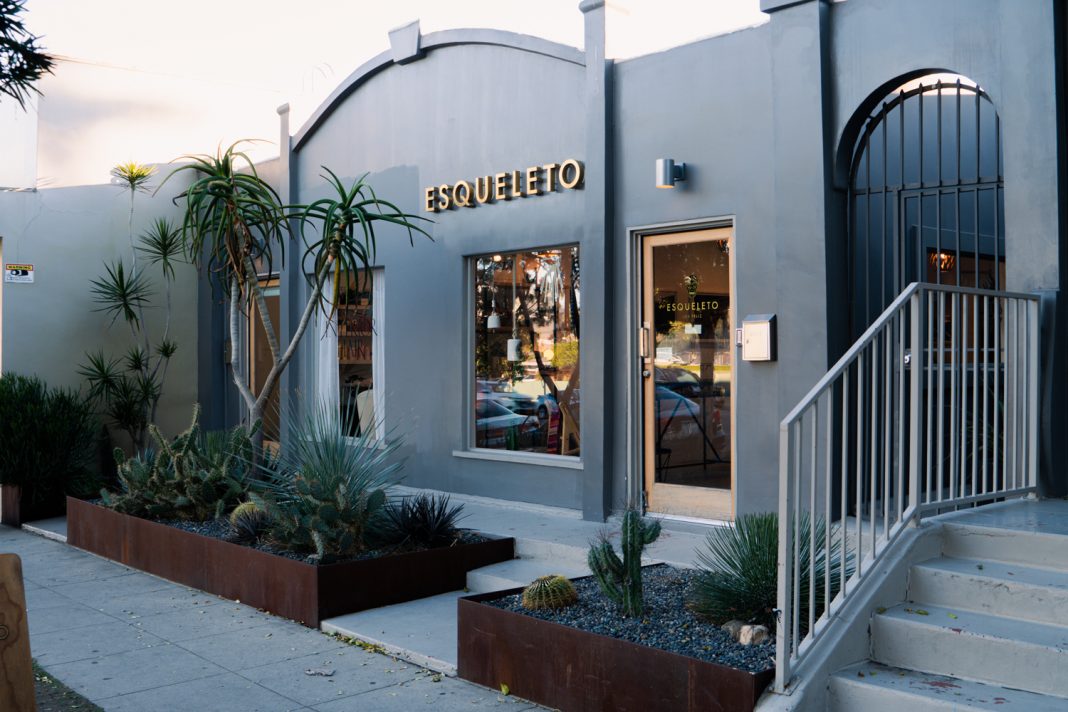 “Young people started moving to East Hollywood because they couldn’t afford anywhere else,” explains entrepreneur Dustin Lancaster. “Rents are affordable—that’s what’s made East Hollywood the new ‘It’ neighborhood.” Lancaster opened the area’s first boutique hotel, Hotel Covell, eight years ago, in what’s since morphed into a neighborhood Los Angeles calls “EaHo.” The 2.5-mile enclave is bound by Western Avenue, Hollywood Boulevard and the 101 freeway and encompasses Thai Town and Little Armenia. Notable landmarks: the Vista Theatre (soon to be revived by Quentin Tarantino), Barnsdall Art Park and Children’s Hospital. The stretch of stores, bars, and restaurants on Hollywood Boulevard from Hillhurst to Vermont have all sprung up in the last few years. “East Hollywood is so robust with art, flavors, cultures,” says Nicole Dougherty, co-owner of Tabula Rasa bar. “Our block is happily now one of the most walkable blocks in L.A.” 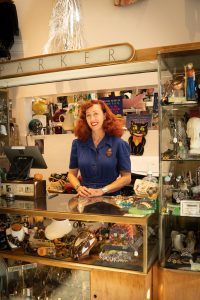 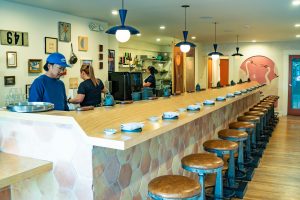 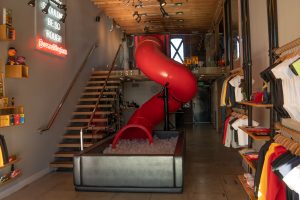 Little Giants. “Lame Parents Stay Away,” warns a red neon sign at Little Giants, a chic store opened in 2021 by the Brooklyn original. But tykes and toddlers are welcome: the space is full of groovy goods for pint-size hipster newborns through ten-year-olds. The upstairs event loft (baby break dancing, anyone?) has a behemoth red S-curved slide that leads little feet into a pile of plastic balls on the first floor. There, parents and progeny can peruse Little Giants camo bucket hats, toys, books, tees, kicks, sweats, hoodies—even wee onesies. 4675 Hollywood Blvd., wearelittlegiants.com 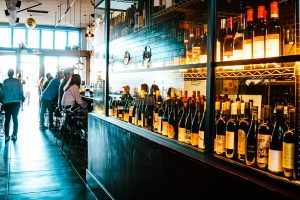 Tabula Rasa Natural Wine Bar. The popular natural-wine bar’s been home to poets, musicians and artists for six years now, opening at 2 p.m. every day so creatives can work at the bar with the help of a glass of red, white, rosé, or orange wine. “Natural wine,” explains Nicole Dougherty (co-owner with Zach Negin) “is from family farms, handpicked, non-manipulated—like traditional wines were made.” Tabula Rasa holds wine events and live jazz as well as weekly DJs and poetry readings featuring some of the friendly bartenders. 5125 Hollywood Blvd., tabularasabar.com