Covid-19 has not only had lingering effects on people’s ability to drink more and smell less, but it has also affected our collective sense of time, since it feels like the HQ Trivia craze occurred 20 years ago, when, in fact, it was barely five. Though the interactive, app-based quiz show made 37-year-old comedian Scott Rogowsky famous, he now sounds weary of discussing the messy implosion of the start-up. “I don’t need to get into all that,” he sighs. “There’s a whole documentary coming out about it next year on CNN.” Like those for the Fyre Festival, another 2017 phenomenon, HQ Trivia autopsies are becoming a genre unto themselves; a couple of years ago, the Ringer released Boom/Bust, a podcast about HQ’s meltdown.

HQ was, in the parlance of the day, “yuge.” Office employees across the country ceased work to compete together to answer 12 trivia questions and win prizes. Dan Rather reported that three generations of Rathers “hooted and hollered”—and netted about 30 bucks—after winning a game one Christmas. The Rock and Robert De Niro both guested alongside Rogowsky. A game once attracted 2.4 million players. Ironically, it was technical limitations that truly established Rogowsky; the more popular the show became, the more frequently the app was plagued by breakdowns and outages, saved only by Rogowsky’s charm and improvisational ease. Dixon Talent, which managed the careers of Jon Stewart, Stephen Colbert, and Jimmy Kimmel, swooped in to sign him, followed by ICM.

Rogowsky had his first taste of viral fame in 2016 as the prankster who filmed New York City subway riders’ reactions to the covers of fake books he’d be reading, like Slut Shaming Your Baby and Human Taxidermy: A Beginner’s Guide. Last August, when he posted a TikTok video of himself inside a modest storefront, captioned “Ever wonder what happened to that trivia guy? He’s running a vintage clothing shop,” some commenters wondered if he was joking.

He wasn’t. “This was supposed to be a three-month experiment, and I just extended the lease till the end of the year,” Rogowsky says of his shop, Quiz Daddy’s Closet, at 2525 Main Street in Santa Monica. His thrifting obsession began decades ago, in a Salvation Army store near his high school in Harrison, New York. “I would go down there and pick out these amazing ’80s shirts for one dollar, two dollars,” he says. Eventually, he also began buying pieces that didn’t fit him. “For one dollar, I couldn’t just leave them there!”

After graduating from Johns Hopkins University, he chased fame as a comedian in New York but continued thrifting, and his collection swelled. When writers’ room gigs eluded him, he began hosting Running Late, a homemade, live talk show in New York theaters, which attracted stars from “Weird Al” Yankovic to Amy Sedaris. “I thought if I really hone my craft as a talk show host and if someone’s looking for a host for their next show, well, here I am,” he says. “The industry had other ideas.” The networks didn’t call, but a trivia app launched by Rus Yusupov and Colin Kroll, the tech bros who’d founded Vine, did. Though they’d sold Vine for about $30 million, Rogowsky’s starting salary was $150 a day. But soon after HQ Trivia took off (and Rogowsky negotiated a raise), the whole thing tanked. Kroll died of a drug overdose in December 2018; HQ shut down two years later. A subsequent show he hosted in 2018 suffered a similar fate. When Alex Trebek announced his retirement in 2018, Rogowsky begged his agent to get him a shot at Jeopardy! “I thought I was the perfect fit,” he says. “I didn’t even get a meeting.”

In 2021, Rogowsky packed his stuff and moved west to Marina del Rey, to be near a girl and a gig at a tech start-up, both of which evaporated within months. And then, crickets. “Every day, I was going to the pool, hanging out at the hot tub,” he says. “One day, I decided, I can’t just sit around.” He ditched his agent and his manager. “I just needed a psychic break from all that,” he says. In January, while biking through Ocean Park, he noticed all the stores that had closed during the pandemic and took a lease on the cheapest one—nothing fancy, but spacious enough to display his lifetime collection of vintage clothing, lunch boxes, and trading cards. The lease, he stresses, is short-term. “I’m not closing the door on showbiz, just trying to reevaluate,” he says. Should a talk show suddenly need both a host and a vintage satin Boston Celtics jacket, Rogowsky’s not hard to find. As the sole employee of Quiz Daddy’s Closet, he’s behind the counter five days a week. 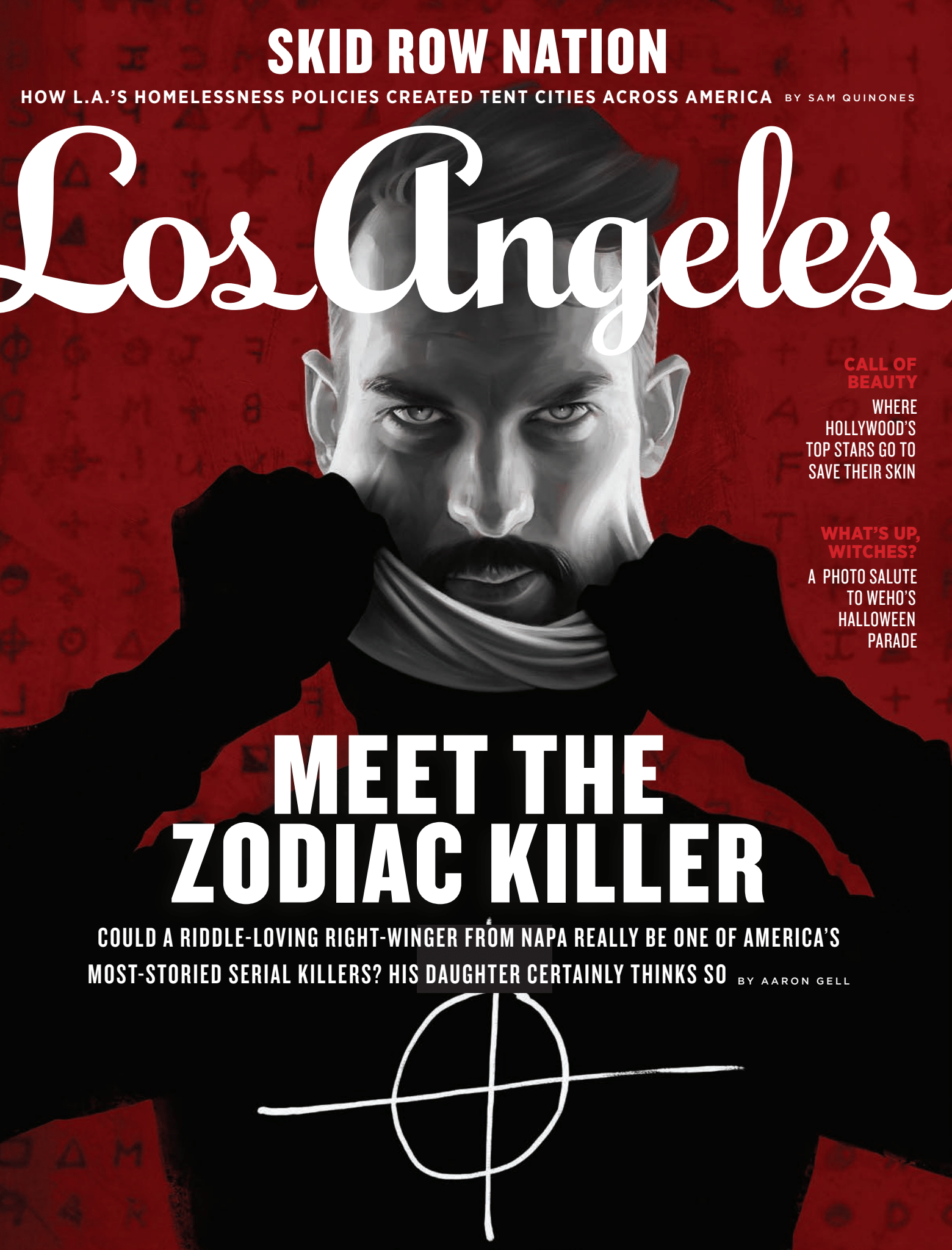