After resisting fielding an SUV (a strategy that swelled the profits of Porsche, Jaguar Land Rover, Lamborghini, and arch-rival Bentley) for fear of sullying its hallowed name, Rolls-Royce finally bit the bullet with Cullinan. Despite an eyebrow-raising $325,000 sticker that tops $400,000 after add-ons like a rear hatch that converts to a leather-seated sightseeing perch, Cullinan—named after the world’s largest diamond, natch—became the fastest-selling model in Rolls history, to the point that CEO Torsten Muller-Otvos fretted its success could threaten the marque’s “promise to our customers to keep our brand rare and exclusive.”

It’s a promise Rolls takes seriously. Like all Rolls-Royce models, each Cullinan is handbuilt at the company’s Goodwood, England, atelier to insanely detailed specifications; it takes a small army of craftspeople a month or more to build a single example. That translated into a mere 5,152 Rolls-Royces delivered in 2019, the most in the company’s history. (Last year Bentley cranked out a record 11,006 of its own superlative luxury rides; the $168,000 Bentayga SUV, choice of Queen Elizabeth II, was its best-selling model.)

Which brings us to the inevitable reckoning: what is the place for a penthouse on wheels like Cullinan in these precarious times? It turns out that cars of all price points are emerging as vehicles of escape, literal and metaphorical, from the grind of quarantines and masking up. Loading you and yours into your own private COVID-free zone and hitting the road or a pop-up drive-in offers a precious glimpse of the personal agency and freedom of movement most of us have sacrificed for the duration. So if you’ve got the scratch, why not drop it on a ride that cossets with shameless luxury that seems out of time—but hopefully not for much longer. 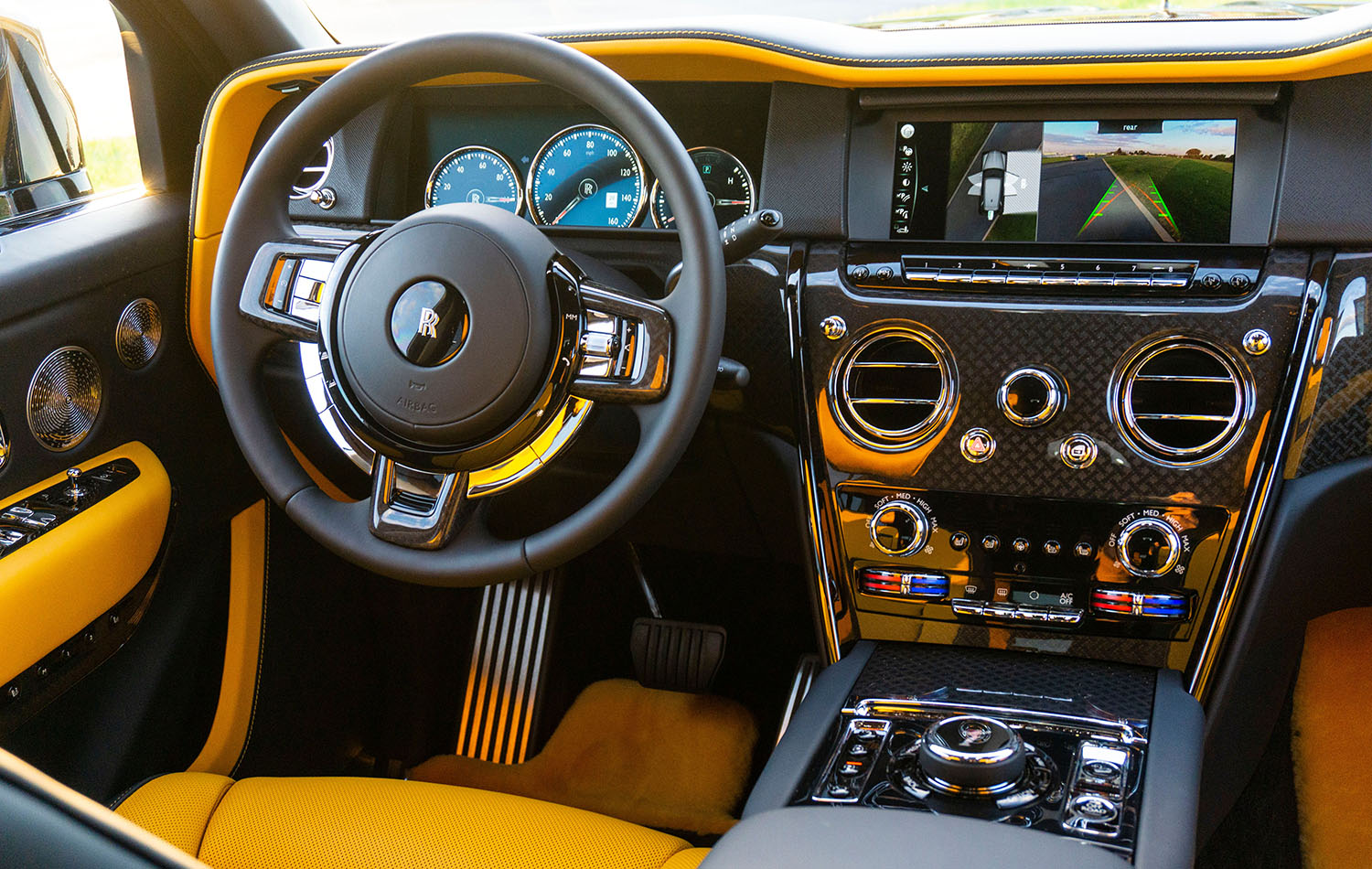 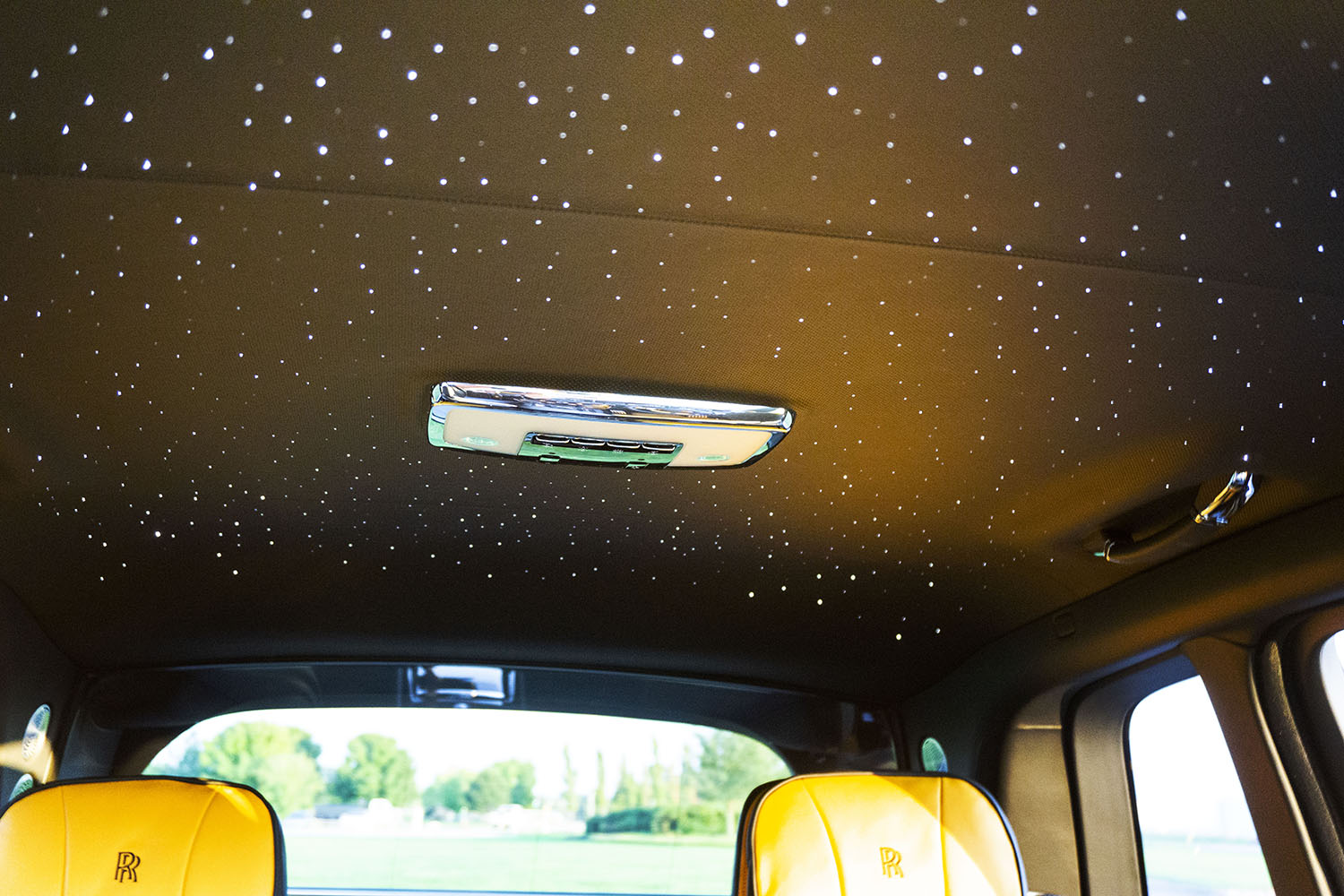 No fewer than 1,344 LEDs handsewn into Cullinan’s headliner create a starry night worthy of Van Gogh, complete with animated shooting stars. Bonus: you can pick your own constellation. 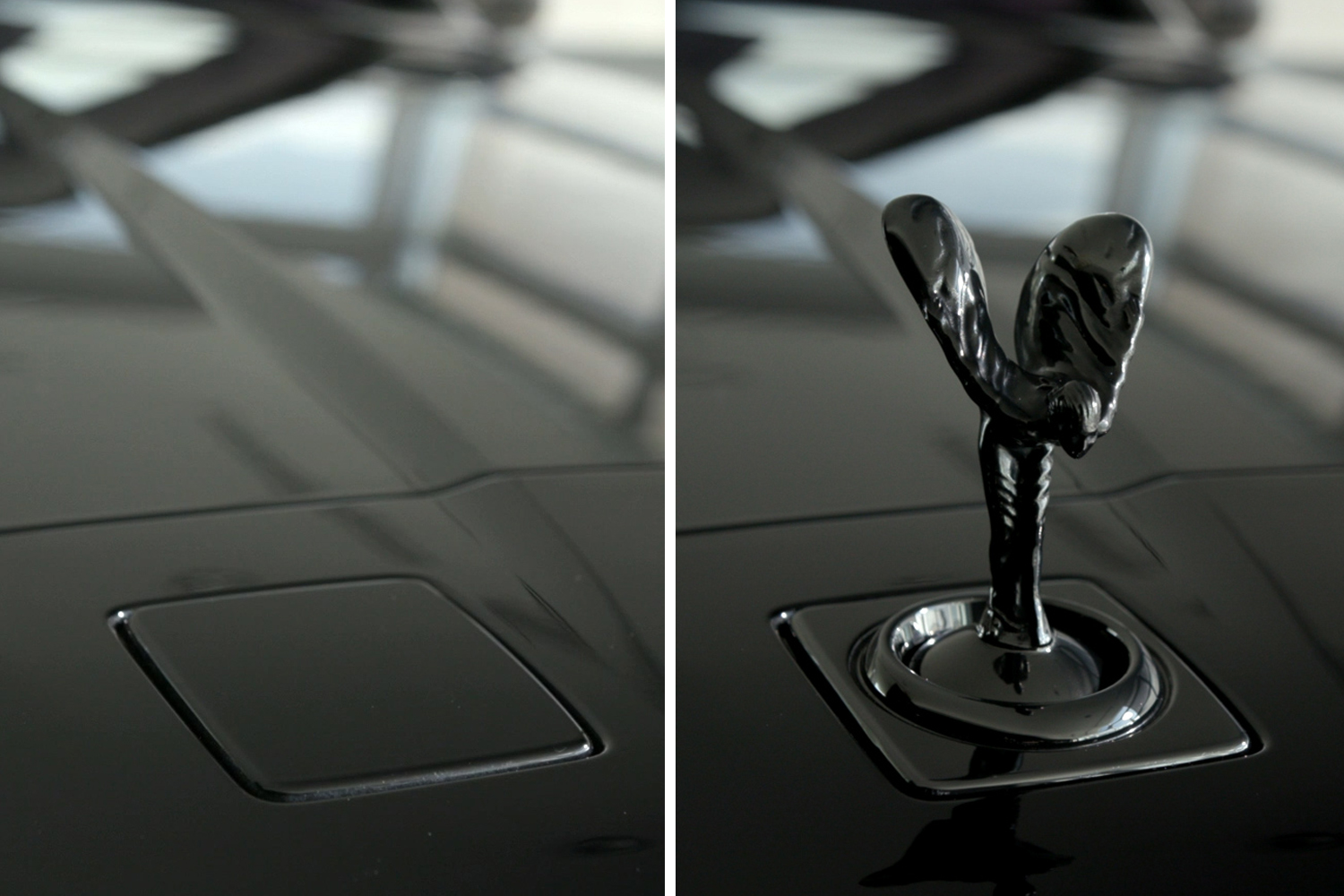 The Rolls “Spirit of Ecstasy” hood ornament automatically retracts when Cullinan is locked, a bit of theater that can be indulged on demand via the infotainment touch screen.

Now, This Is Tailgating 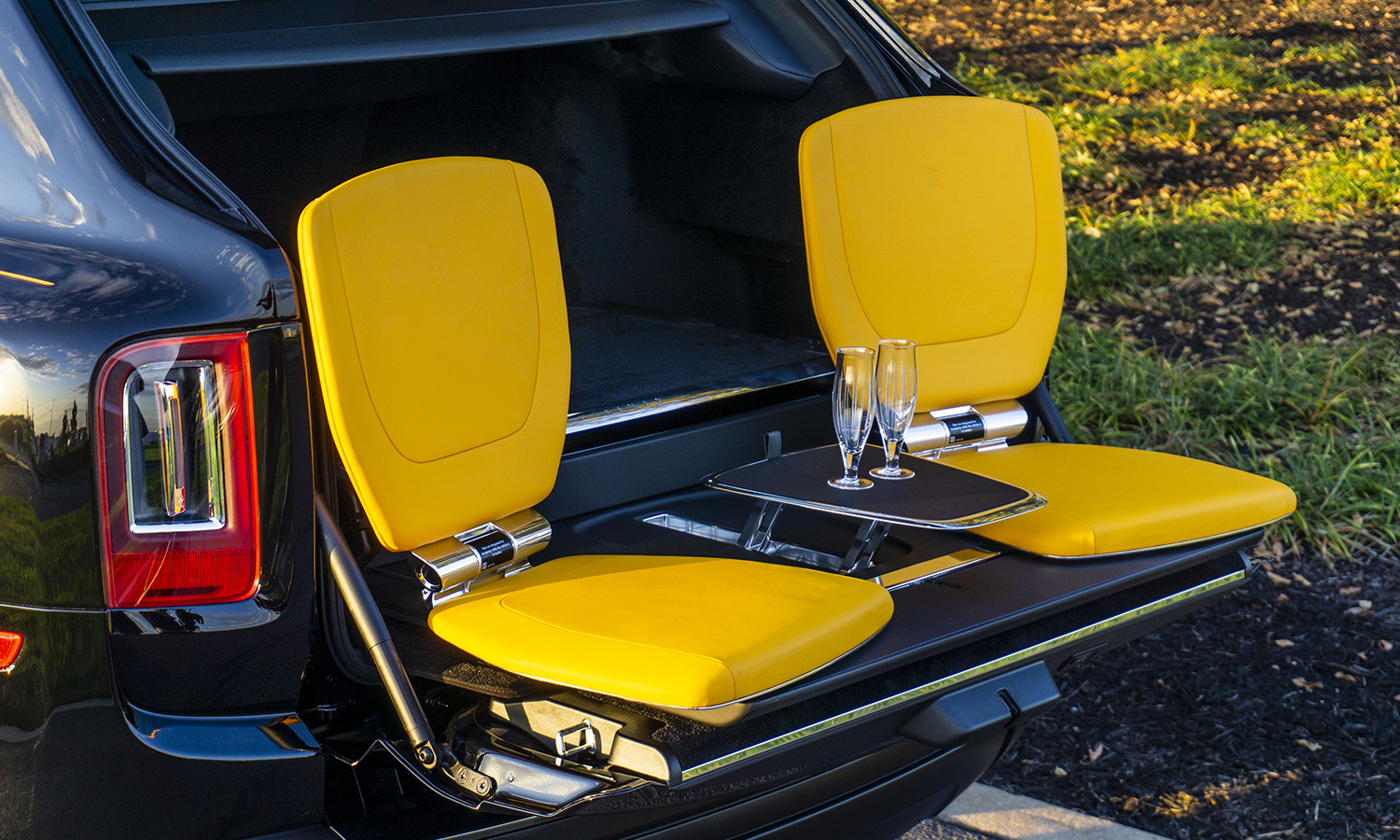 Lower the rear hatch, push a button, and—voila!—a cunning setting for cocktails for two springs into place. The flutes and a refrigerator for chilling the bubbly are hidden in a secret compartment in the back 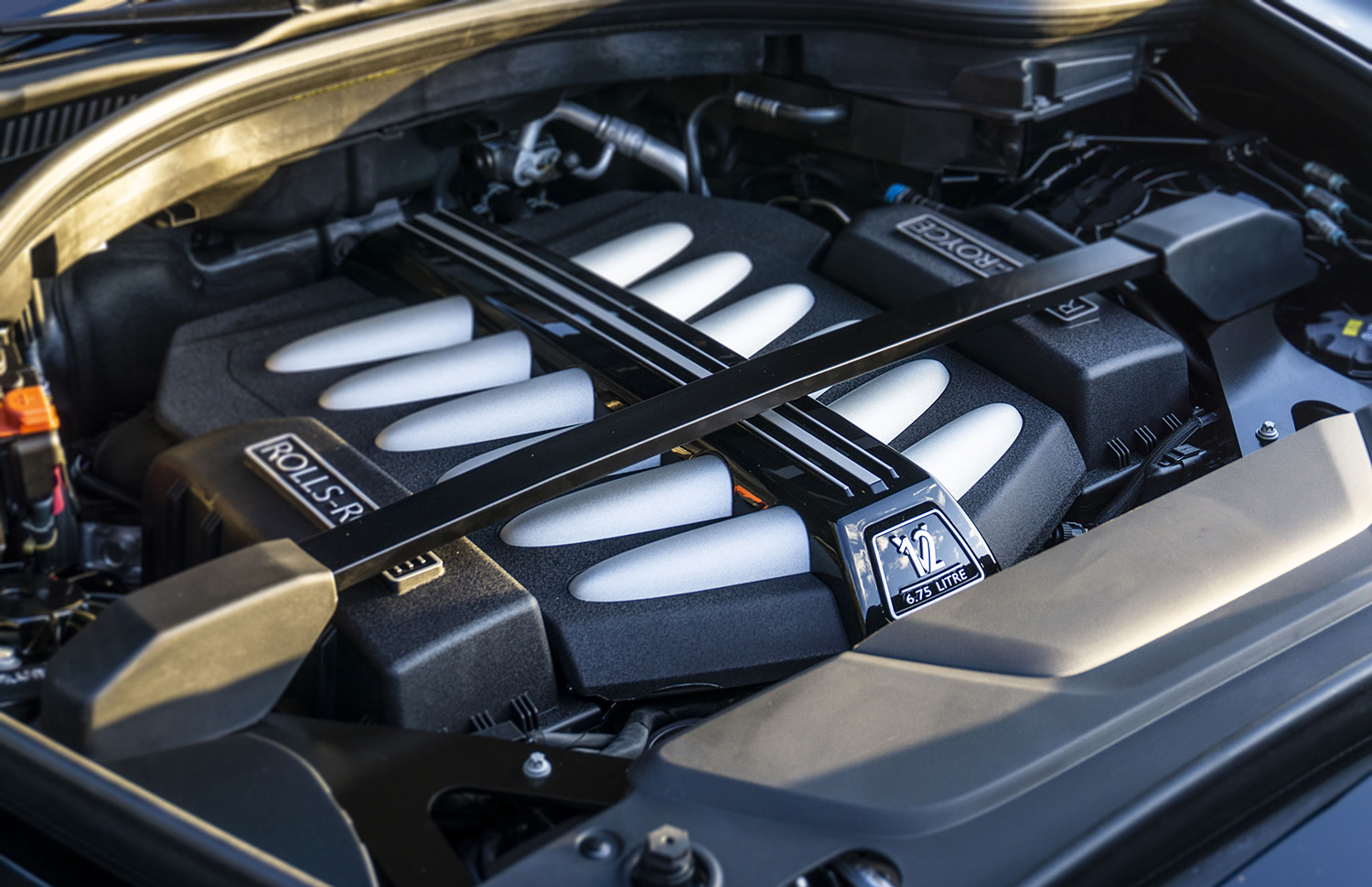 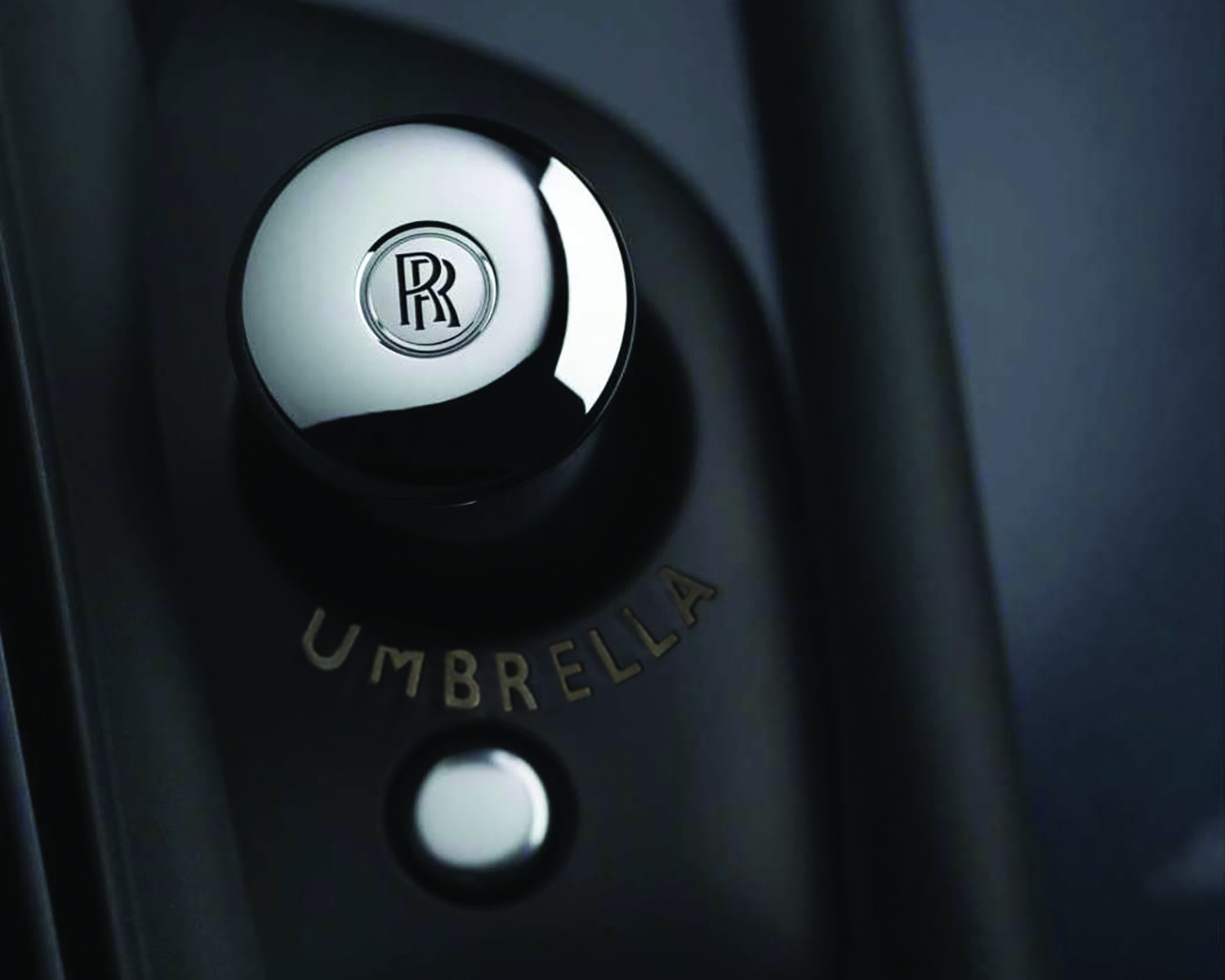 Push a button on the doorjamb and a full-size umbrella rockets into your paw. It can also be deployed from the driver’s side by your chauffeur, so nary a raindrop touches you.

RELATED: With Polestar 2, Volvo’s EV Brand Is Set to Give Tesla a Run for Its Money