It’s getting hard to tell who’s the bigger star: celebrity stylist Law Roach or any one of the A-Listers he dresses. Right now, he’s having his own award-winning season after just seven years in the biz: he was named No. 1 on The Hollywood Reporter’s Most Powerful Stylists list, the first Black stylist to earn the honor. After all, he outfitted Zendaya, Anya Taylor-Joy, Tiffany Haddish, Kerry Washington, Ariana Grande, Celine Dion, Tom Holland, Priyanka Chopra, Aldis Hodge—and that’s just in the last year. He also recently won an MTV Movie Awards nomination for his outrageousness as the “villain” judge on HBO’s Legendary. Seven years ago, he had no idea what the Most Powerful Stylists list was, let alone The Hollywood Reporter. He didn’t even know what an agent was. Now he’s running a multimillion-dollar global company with almost no time to lounge by his pool.

“My first month in L.A., in 2014, I saw the THR issue with Lupita Nyong’o on the cover,” Roach remembers, “and it said, ‘Hollywood’s Most Powerful Stylists.’ I made mysef a promise: ‘I’m gonna be in this one day.’ And when I got my first cover with Celine Dion and Zendaya in 2017, I stumbled upon the magazine again in my bedroom. That happened to be the day I was going to the stylist-list celebration dinner for the first time.” 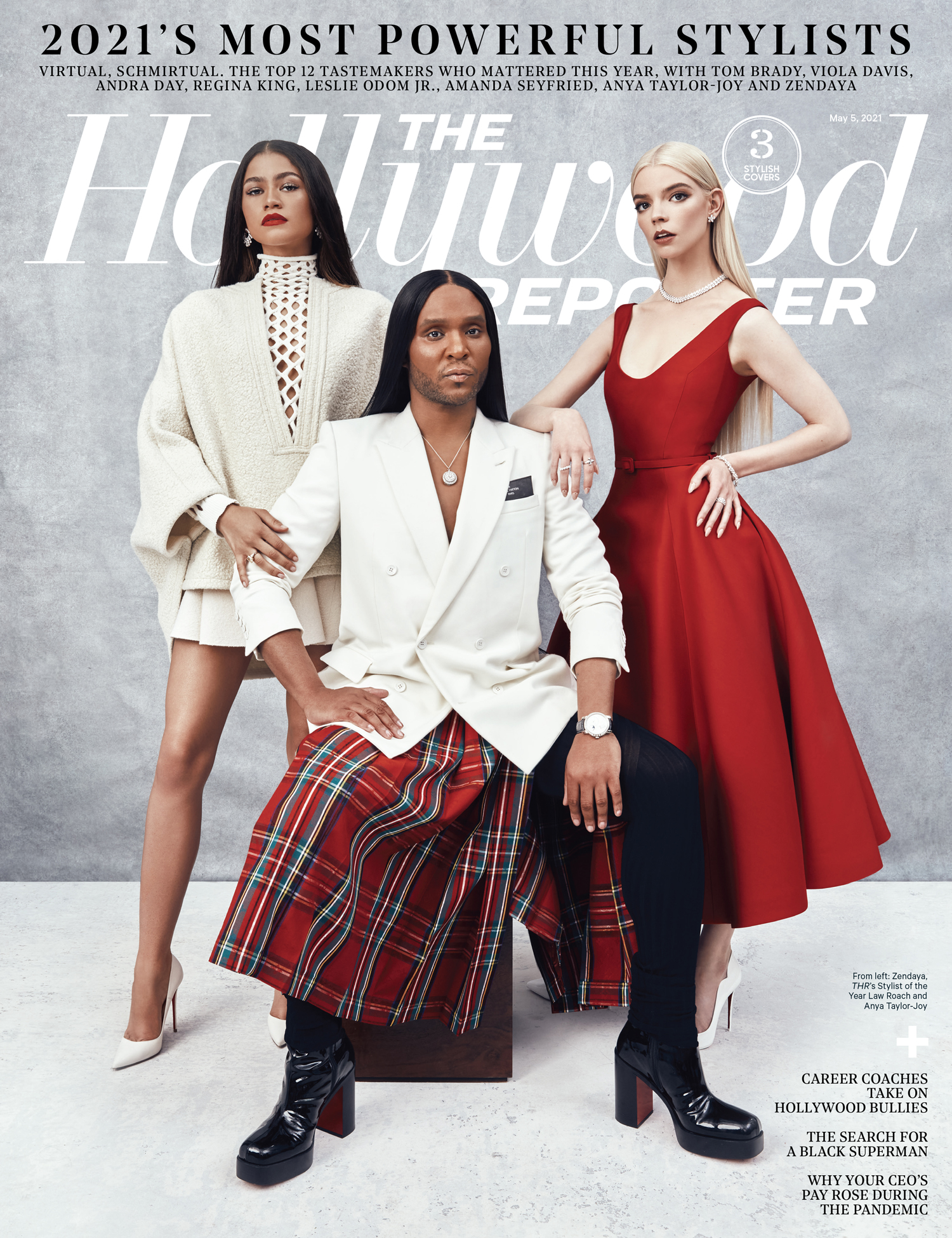 The rags-to-riches story began in Chicago. “I’m from the South Side. I grew up poor with a single mother in a Black house and a Black neighborhood. But fashion’s always been important to me. It’s an escape. As a young child at church, I’d see these Black women and men get dressed up every Sunday with the hosiery, the hats. The tradition of going to Black churches—that was our fashion show.”

Roach started working as a stylist in music first, via a family connection. “I managed to get a few jobs in New York. When someone who wanted to hire me there asked if I was local, I said yes—I didn’t know what ‘local’ meant. I had to fly back and forth for a few years after that.”

Roach prefers to call himself an “image architect,” not a stylist. “There’s a lot of stylists working in Hollywood,” he explains. “I feel I’m bringing something different to the industry more aligned with what an architect does—instead of plumbing and electricity, it’s hair and makeup. I actually had that name trademarked.”

“Look, I’d really rather be private and just do my work,” he says. “But you have to put yourself out there now. You can’t thrive by being behind the scenes anymore. If it gives people a laugh, great. If they hate it—hey, that’s great, too.” He adds, “Trust me, when I’m dressing clients, I don’t show up to work in a silver wig or waist-length braids.”

What gives his clients a creative edge? “I create these characters from the seductive women living in my head. Anytime I get an opportunity to let one out, I do.”