Home Fashion These L.A. Brands Exist at the Intersection of Style and Philanthropy 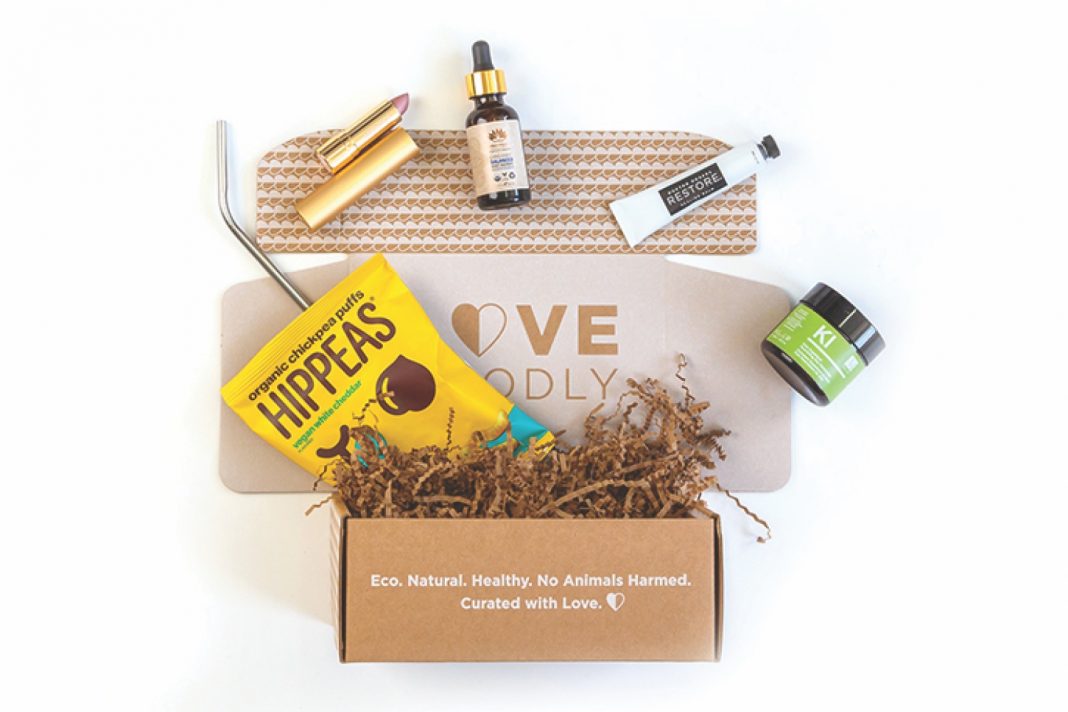 L.A. is home to a growing number of female designers and entrepreneurs who are finding new ways to explore the intersection of style and philanthropy.

Who says beauty is only skin deep? Love Goodly is a bimonthly box subscription started in 2015 by local moms Justine Lasso and Katie Bogue Miller. The pair wanted to offer women an alternative to their chemical-filled beauty routines by introducing them to toxin- and cruelty-free products (in addition to fair-trade, vegan, and non-GMO items). Boxes typically include cosmetics, makeup brushes, creams, and serums. Each box is paired with a nonprofit that receives part of the proceeds; past recipients include Farm Sanctuary, which is dedicated to protecting animals, and Cure Cervical Cancer, which helps provide screening and treatment. Now you can feel pretty inside and out.

For this company, having a philanthropic arm was part of its business plan from the start. (“People over profits” is the brand’s mantra.) Co-founder Tiffany Wong set out to create a single handbag that meets all the needs of today’s on-the-go woman. The result: a cross-body (perfect for travel) that can morph into a clutch (when it’s time to throw on that LBD and head to dinner). The bags, along with the brand’s simple wallets, are ethically produced in Spain. To inspire women who purchase the bag, Wong had the phrase “you are wanted” embossed inside each one. Velé also donates 10 percent of each purchase to its charitable partner, Not For Sale, a non-profit dedicated to helping end labor and sex trafficking in the U.S. and around the world.

The United State of Women was launched by the Obama administration’s White House Council on Women and Girls in 2016 to fight for female equality and provide tools to help young women get involved politically. Its mission dovetails with L.A.-based clothing brand Land of Dis- traction, which boosts empowerment with its line of ’70s-in- spired, fashionably utilitarian, genderless garments. In May the brand was chosen as USOW’s official retailer. It designed two tees that read “Land of Equality” and “Barriers Were Meant to Be Broken,” and proceeds go to USOW. On social media, for every post using #LandofDistraction and #StateofWomen, the company donates $1 to the non-profit.

Growing up in Boston, Allegra Richdale was in awe of her mother. With perfectly coiffed hair and elegant ensembles, she looked like a Kennedy, and she outfitted her children in timeless clothes. In L.A., Richdale sought out those qualities for her line of children’s clothing. She and designer Nanaz Hatami created apron-frock, Peter Pan-collared dresses that recall Camelot-ready jumpers. This year the duo designed something for moms—sophisticated kimono-style robes and loungewear. A percentage of sales goes to Pact, an adoption agency that works to place children of color in permanent homes and provides support on issues of adoption and race.

Sure, she’s the wife of an ’80s heartthrob (you know, Rob), but designer Sheryl Lowe is the one turning heads these days with her line of handcrafted fine jewelry. Lowe uses a range of materials, from bone and shell to 14 karat gold and diamonds. When she’s not splitting her time between Santa Barbara and her native L.A., she’s traveling the globe—the Mal- dives, Abu Dhabi, Beirut—looking for inspiration. A portion of the money from Lowe’s sales goes to support a variety of organizations, including those dedicated to ensuring girls and women everywhere have access to education. That’s more than lip service; for their charitable efforts, Rob and Sheryl Lowe were honored with UNICEF’s Global Philanthropist Award earlier this year.

Want to help L.A. nonprofits get the support they need? Participate in our annual GIVE L.A. Challenge. And bid on exclusive finds for a good cause in our Best of L.A. Charity Auction.

When It Comes to Giving, Super Producer Brian Grazer Isn’t Afraid to Get His Hands Dirty