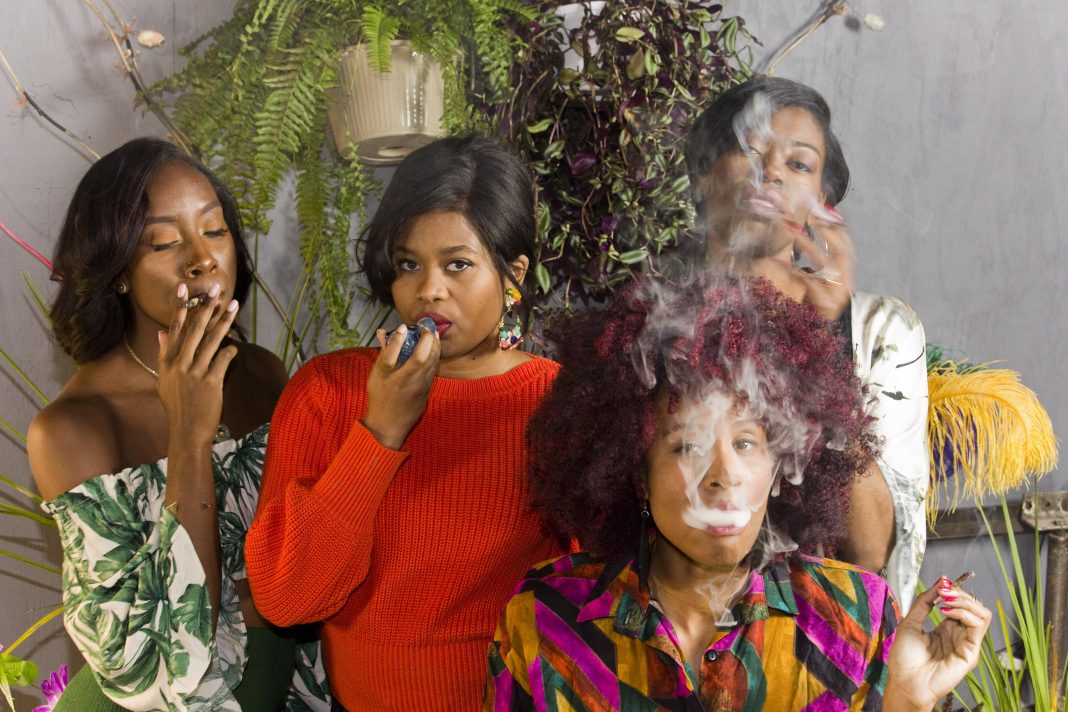 The “war on drugs” is inextricably linked to racist policies and policing in America–and while attempts to liberalize marijuana laws in several states were meant in part to help correct some of those disparities, there is still much work to be done. Cannabis may be booming, but the industry is rife with inequities and discrimination. Less than five percent of cannabis businesses nationwide are Black-owned, while more than 80 percent are white-owned, one study found.

Even programs specifically designed to promote entrepreneurs of color who want to enter the industry have been criticized for falling short. L.A.’s social equity cannabis program has left many would-be business owners waiting in lengthy, complicated queues, and racking up debt paying for storefronts and other expenses even before they can open their new dispensary’s doors.

“The war on drugs destroyed so many families. We should at least get to come out on the other end and create some wealth out of it,” South L.A. resident and would-be dispensary owner Lanaisha Edwards told The Guardian. “But it’s not gonna happen the way this is going.”

LAPD data shows that Black and Latino residents have been as much as seven times more likely to be stopped, arrested, and serve prison time for marijuana charges than their white counterparts.

“How the hell is the face of cannabis white now, how could that even be possible when you see who did all the time in jail?” Edwards, who was herself arrested on a marijuana charge as a teenager, asked. “How could L.A. get this so wrong?”

Before products even reach retail dispensaries, there are growing concerns about who is getting rich off cannabis production. A small group of very large corporations has been hard at work consolidating the industry. Even Altria Group (owner of the Philip Morris cigarette companies and an investor in Juul) has spent big bucks to get a share of the cannabis business.

It can be challenging for a consumer who wants to buy cannabis products that give back to the community or support diversity within the industry, so we’ve attempted to pull together a list of some places to start.

L.A.-based Viola, founded by ex-NBA player Al Harrington, puts social equity and investing in communities most impacted by discriminatory drug enforcement at the core of its mission. The brand produces a line of cannabis flower, pre-rolls, and concentrates widely available in local dispensaries.

California Cannabis has three local dispensaries–Crenshaw, Melrose, and Boyle Heights–founded by Compton native and longtime cannabis activist Virgil Grant. In addition to running his shops, Grant has been a visible figure in policy development and regulation, and cofounded the California Minority Alliance which advocates for diverse businesses in the industry.

The Give Back Kit by Sweet Flower

Stylish retail chain Sweet Flower has launched a group of kits curated by the chain’s senior buyer, Michelle Mendoza. All proceeds from the sale of the Give Back Kit are being donated to the Equity First Alliance and the Black Cooperative Investment Fund.

Foria produces CBD- and THC-infused products that focus on wellness and intimacy. The brand uses sustainable cannabis and packaging, embraces diversity, and has been staging online conversations with experts, mostly Black women, discussing sexual health, diversity in cannabis, body positivity, and other topics. Currently, the brand is donating a portion of some sales to the L.A. LGBT Center and the Audre Lorde Project.

The founder of Elevate Farmz identifies herself as a Latina mom from South Central. Her luxury cultivation operation aims to grow cannabis “like our ancestors,” with an emphasis on tradition and environmental sustainability.

Bloom Farms is a California marijuana brand on a mission. Structured as a socially responsible business from the get-go, Bloom Farms donates to meals to L.A. food bank World Harvest for every product sold and gives employees time off to volunteer in their communities. The brand sources from small, sustainable California farms; the Headband strain comes from Garden Society, one of the small number of female-helmed growing operations.

Describing her entry into the business, founder Iyana Edouard says, “I very quickly became aware that the cannabis industry lacked two things, women and especially black women.” Her SoCal based brand encourages women to integrate CBD into their self-care routines with infused skin and body products.

Los Angeles brand Besito makes superchic vape pens, but the queer-owned company focuses on substance as well as style. Besito partners with Equity First Alliance, and donates a portion of all profits to causes that work for expungement of marijuana-related criminal records, and toward providing health care, legal, and other wraparound services to those in need. In June and July, an additional portion of sales will go to the L.A. LGBT Center.

Green Peakz is the project of young founder Jesse Grundy, who identifies as Black/Latinx, who worked with Oakland’s cannabis social equity program to launch his business, and has become an expert in the field, helping other entrepreneurs learn how the system works. His line of flower can be purchased locally at California Cannabis in Crenshaw.

RELATED:  How to Get Your Cannabis Delivered in L.A.

Need to Destress? A Little Bit of Self-Care Can Go a Long Way