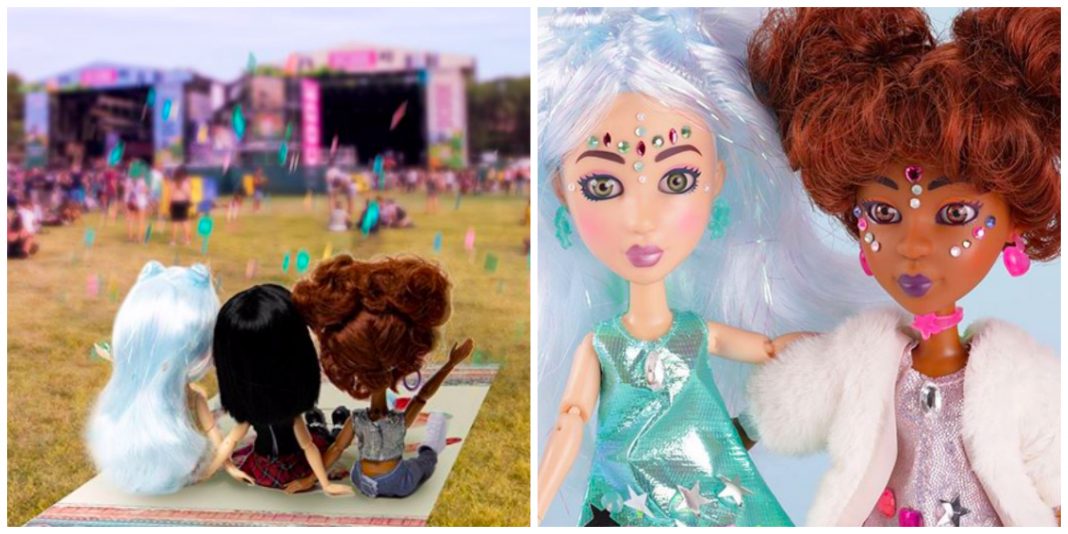 For generations, dolls have encouraged kids to imagine different grown-up occupations; Barbie alone has been everything from a McDonald’s cashier to a jet pilot to a firefighter. But this is 2019, so now we have an entire line of “social media influencer” themed dolls, and as if that’s not terrifying enough, the dolls just released a Coachella collection.

Sure, there’s a note of authenticity to the festival-themed collection from #SNAPSTAR dolls. They effectively ape the space bun hairstyles, face jewels, and glitter that have defined Coachella fashion in recent years–and do stare forward as blankly as a dehydrated teenager spacing out to Zedd. Nonetheless, they represent something truly broken about our culture.

#SNAPSTAR claims its dolls are the first “social media influencer” dolls not just they’re designed to wear the fashions of influencer girls, but because they’re built to be photographed.

The dolls come with a custom stand, green screen, and mobile phone app. The app allows the child playing with the doll to pose her in front of a green screen and then edit her into various Instagram-worthy scenarios. This is how children play now? Photoshopping more interesting lives for Forever 21-clad versions of the doll from the 2002 horror flick May? Yeah, no thanks.

Now, if you’ll excuse us, we’ll return to our very normal, sophisticated ways of having fun, like endlessly scrolling Qai Qai’s Insta.

RELATED: Kanye West Will Bring his “Sunday Service” to Coachella