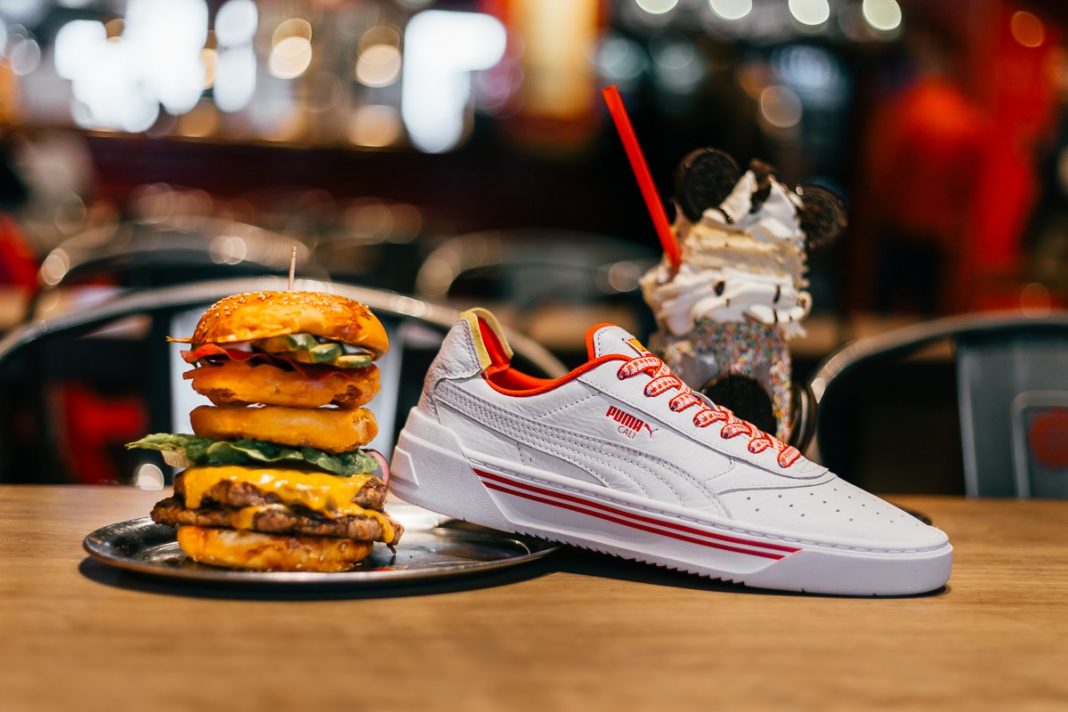 “There has been no collaboration between In-N-Out Burger and Puma,” the chain’s vice president of operations Denny Warnick told trade paper Nation’s Restaurant News. When asked if that meant they were going to be asking Puma to cease production on the shoe, Warnick replied only that, “We are currently looking into the matter.”

The limited-edition shoe features the same bright red, white, and yellow associated with In-N-Out, and custom laces featuring a band of a palm tree motif similar to the one featured on cups and other branding.

Cherman, the founder of L.A.’s Chinatown Market, moved to SoCal as a teen. The Golden State’s distinctive look and culture of skateboarding and streetwear inform many of his designs. His previous shoe in his Cali series for Puma was a swimming pool blue upper with a band of checkerboard along the side, inspired by the surfers and skaters of Santa Monica’s Dogtown era.

Regardless of how In-N-Out proceeds, the shoe seems to be a hit with sneakerheads (and bland fry apologists). The $115 shoe is already sold out at several online retailers.

RELATED: A Rare Super Bloom of Desert Wildflowers Is Expected This Spring