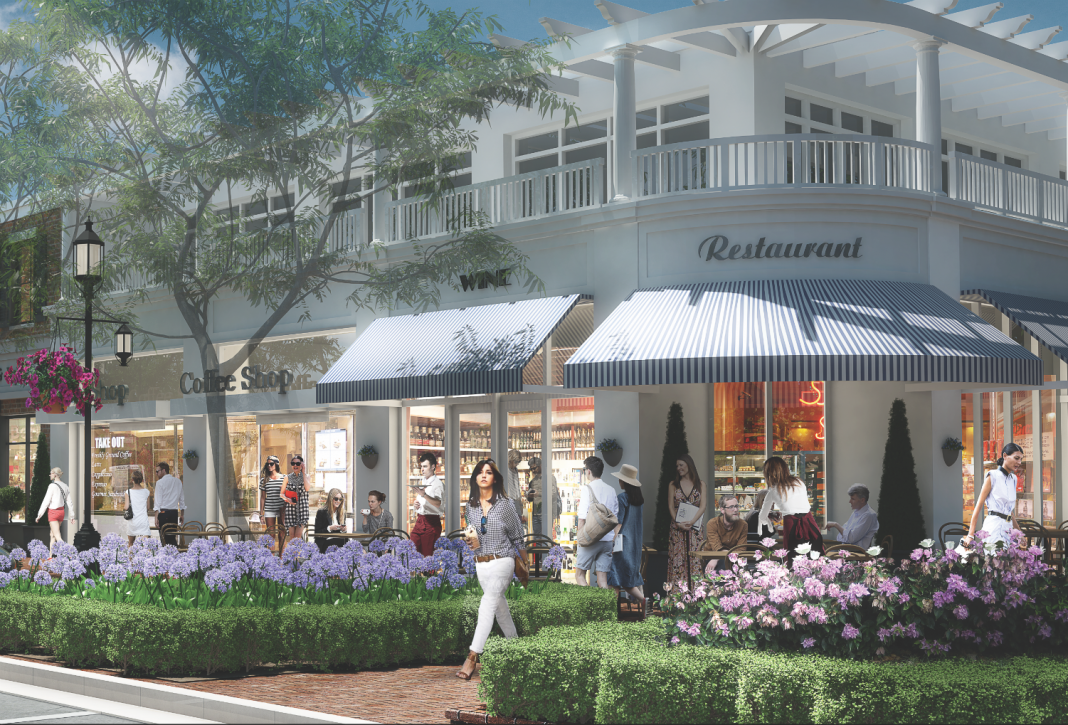 You won’t find any of the Caruso signatures at the recently opened Palisades Village—no trolleys, no fountains, no towering garage (this one is underground). In fact, the entire three-acre spread of tiny boutiques and restaurants is hardly bigger than the Nordstrom at the Grove. It’s less Americana, more seaside East Coast town. 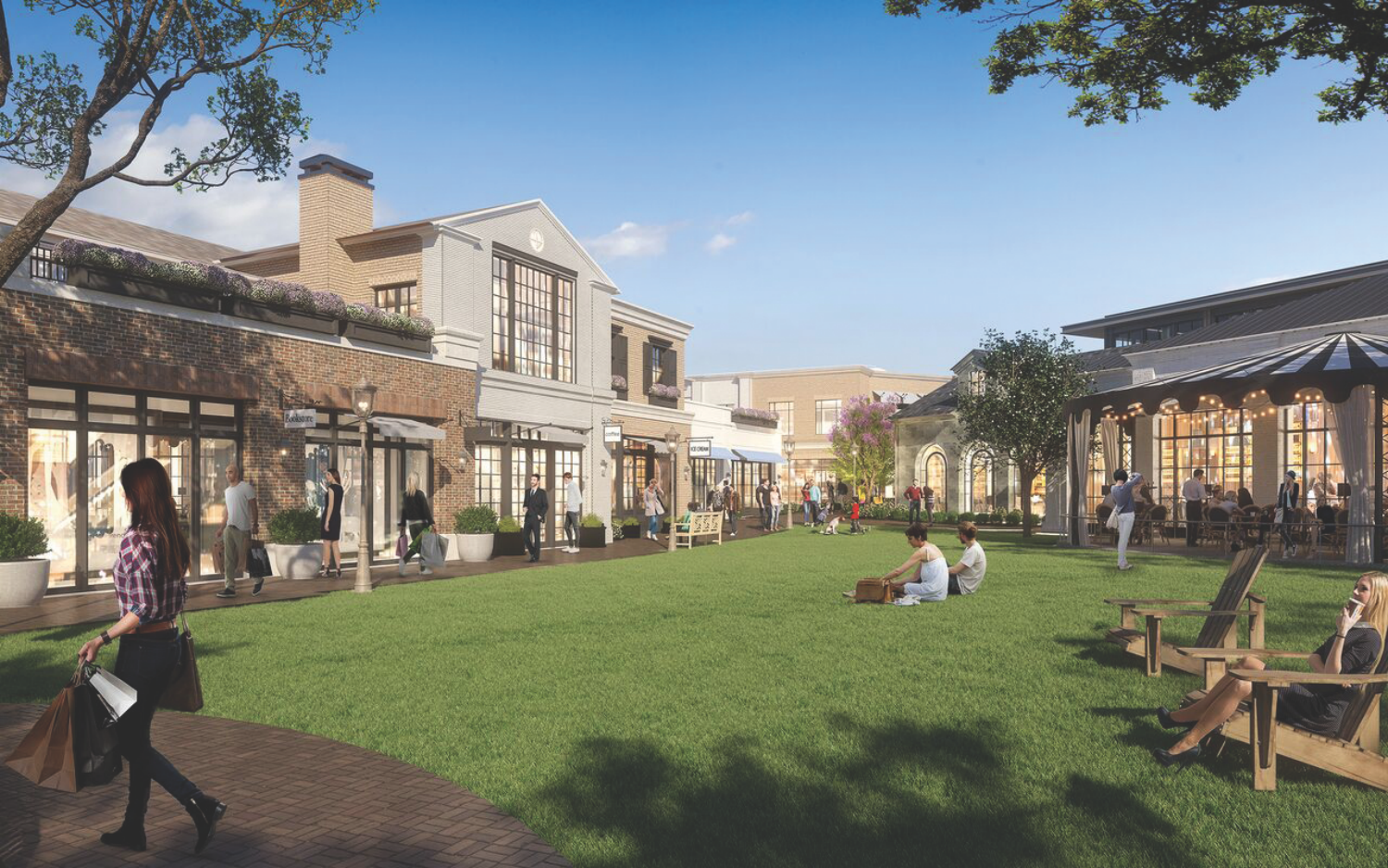 The park, designed as a picnic spot and children’s play area, is surrounded by restaurants (Edo Little Bites, the Draycott, McConnell’s Fine Ice Creams). During the holidays a Santa Cottage will take up residence where little ones can pose for pics on Saint Nick’s lap.

Custom-designed lampposts made of copper and brass dot the property. (The city normally requires developers to choose from a list of 25 approved post styles.) The lights along the interior streets of the Village will be lit by natural gas, lending a warm, flickering glow to the atmosphere. 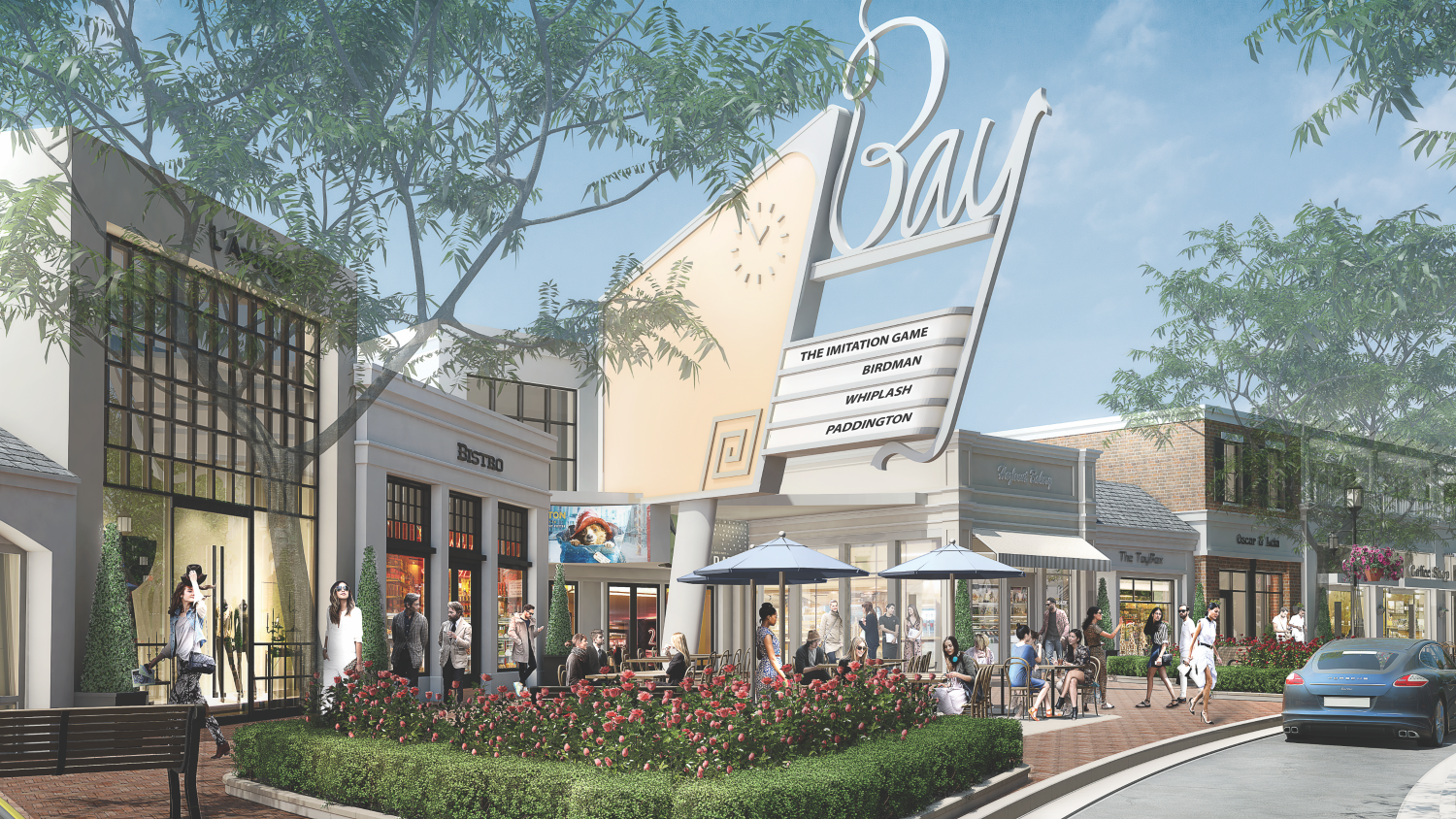 Locals had a lot of input on the project. Most didn’t want a department store as an anchor. They wanted the Bay Theatre back. The theater’s new marquee was created using an original design by architect S. Charles Lee. 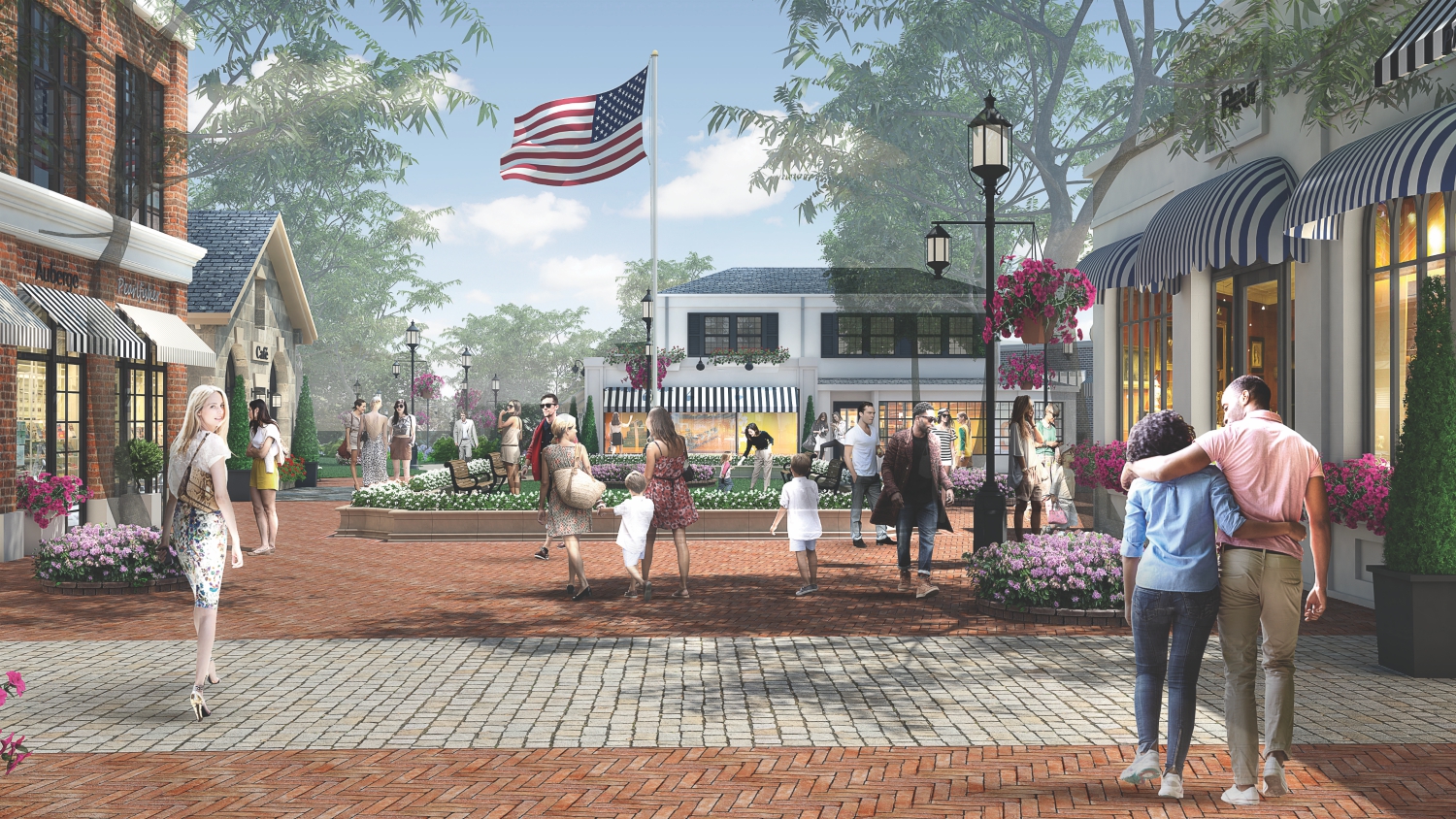 Old Glory waves in the ocean breeze at the center of a crosswalk—an idea that Caruso borrowed from New York’s Sag Harbor but that is a first for Los Angeles.

RELATED: An Early Look at More of What’s Coming to Palisades Village