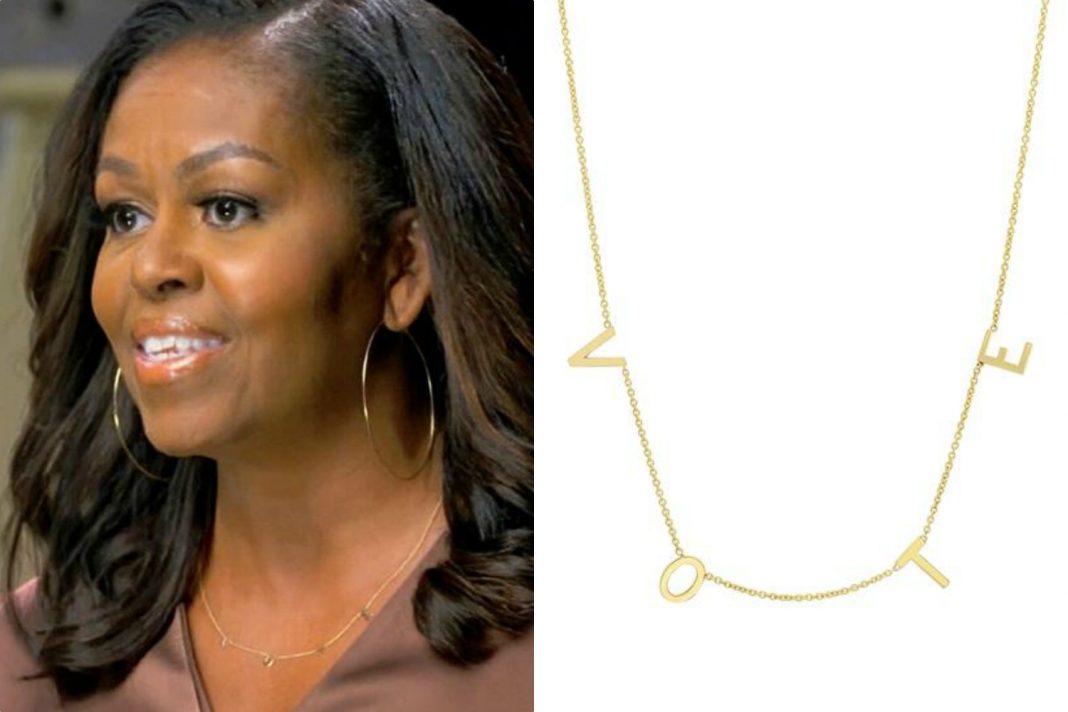 Former First Lady Michelle Obama gave a stirring address at the Democratic National Convention on Monday night. She underscored her message about the power of voting with a delicate gold necklace that keen-eyed viewers noticed spelled out V-O-T-E. If you’re feeling inspired to show off your own enthusiasm for the democratic process, you can snag the same “vote” necklace Michelle Obama wore from L.A. jewelry designer BYCHARI.

Already a best-selling item for the line before getting the Obama bump, BYCHARI sells the vote necklace in a variety of versions, including rose, yellow, and white gold, and the option to upgrade to diamond-encrusted letters. The understated option from the speech is available for $295; iced-out varieties can run up to $1,260.

BYCHARI has been crafting jewelry in Los Angeles since 2012. Jamaican-born designer Chari Cuthbert launched the line with an emphasis on sustainable practices and laid-back luxury. Cuthbert’s brand also supplied the hoop earrings Obama wore for the speech.

According to The New York Times the necklace was part of an outfit planned by Obama in collaboration with her stylist Meredith Koop. The pair have collaborated on Obama’s looks since she served as First Lady.

RELATED: How to Watch the ‘Virtual’ Democratic National Convention