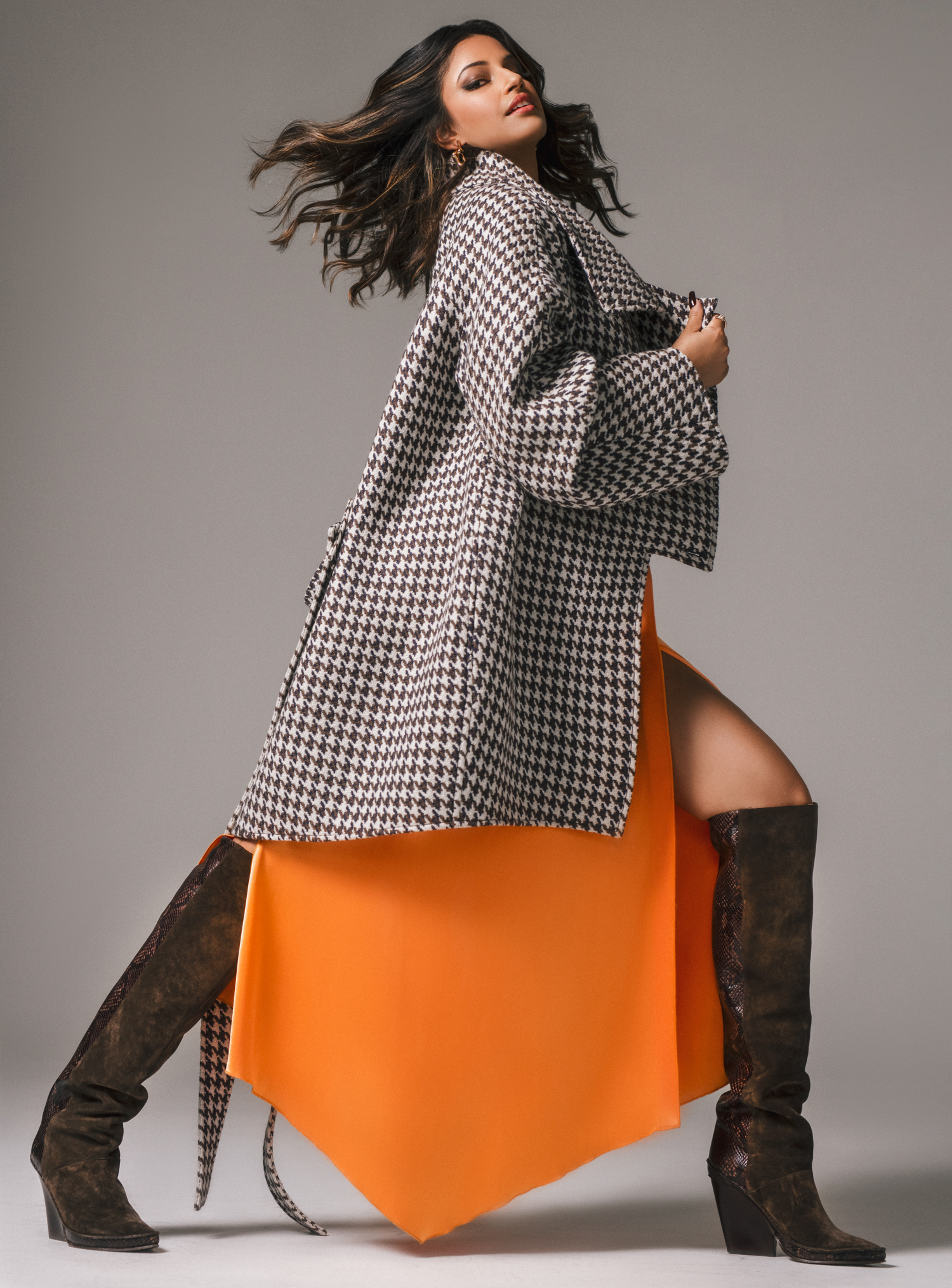 Richa Moorjani took up dancing at the age of five, planting the seeds for her future career as a TV star. “A big aspect of Indian classical dance is storytelling,” she says, “so that’s really what introduced me to acting. I also grew up watching Bollywood movies, so that became kind of a dream for me.” Starring in Netflix’s hit drama Never Have I Ever, Moorjani has been busy this summer, but she still finds time to spend with her husband and dog and, critically, on herself. “If I’m at home, I’ll be exercising or doing meditation; self-care is very important to me,” she says. 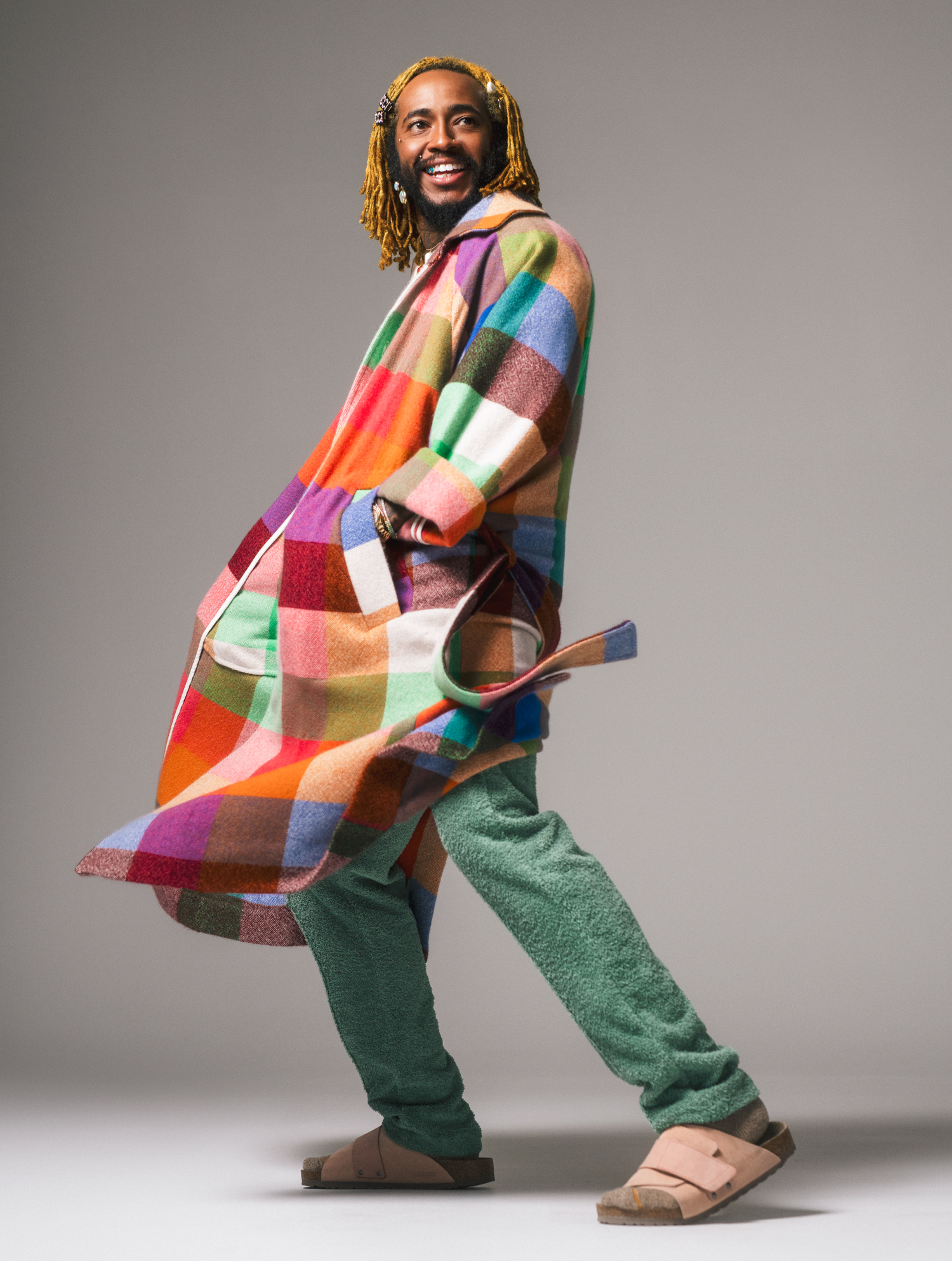 Born into a family of Los Angeles artists, Grammy Award-winning musician Thundercat has a style all his own. His many-colored robe is perhaps the only garment that can hope to compete with the vibrancy of its occupant, a man who enjoys anime, drunken fan fights at Dodgers games, and Alan Thicke theme songs. Before his triumphant North American tour of It Is What It Is, 2020’s best progressive R&B album, Thundercat reflects on some of his failures, namely, his inability to relate to his cat: “I try to have full-on conversations with her, and I still get really, really annoyed that she hasn’t learned a lick of English.” 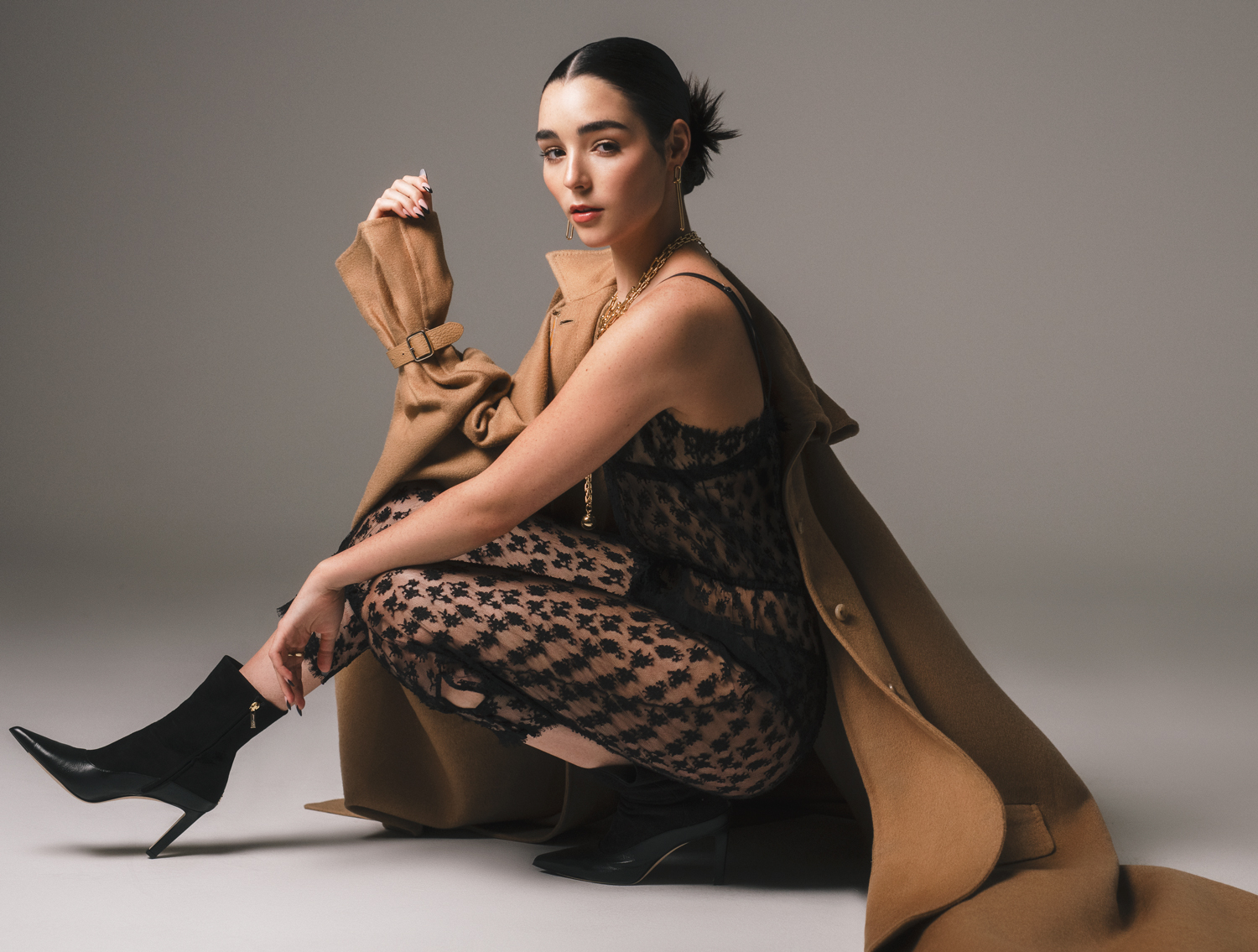 Tearing up runways at 12 and starring in a popular web series by 15, actress, model, and musician Indiana Massara is a bona fide prodigy. But the young Australian didn’t exactly seek out the limelight. “This whole thing was definitely not what I planned; I was in the waiting room for an audition for my brother, and the casting director walked out and said, ‘Hey, you guys are siblings—do you want to audition together?’ My brother and I got the job, and, after being on set, I fell in love with the creative process of acting.” Now welcoming the spotlight, Massara is set to star alongside Rudy Pankow (Outer Banks) in Leo Milano’s upcoming dramedy, The Crusades. She plays a teenage Machiavellian whom she describes as “someone you definitely don’t want to mess with.” 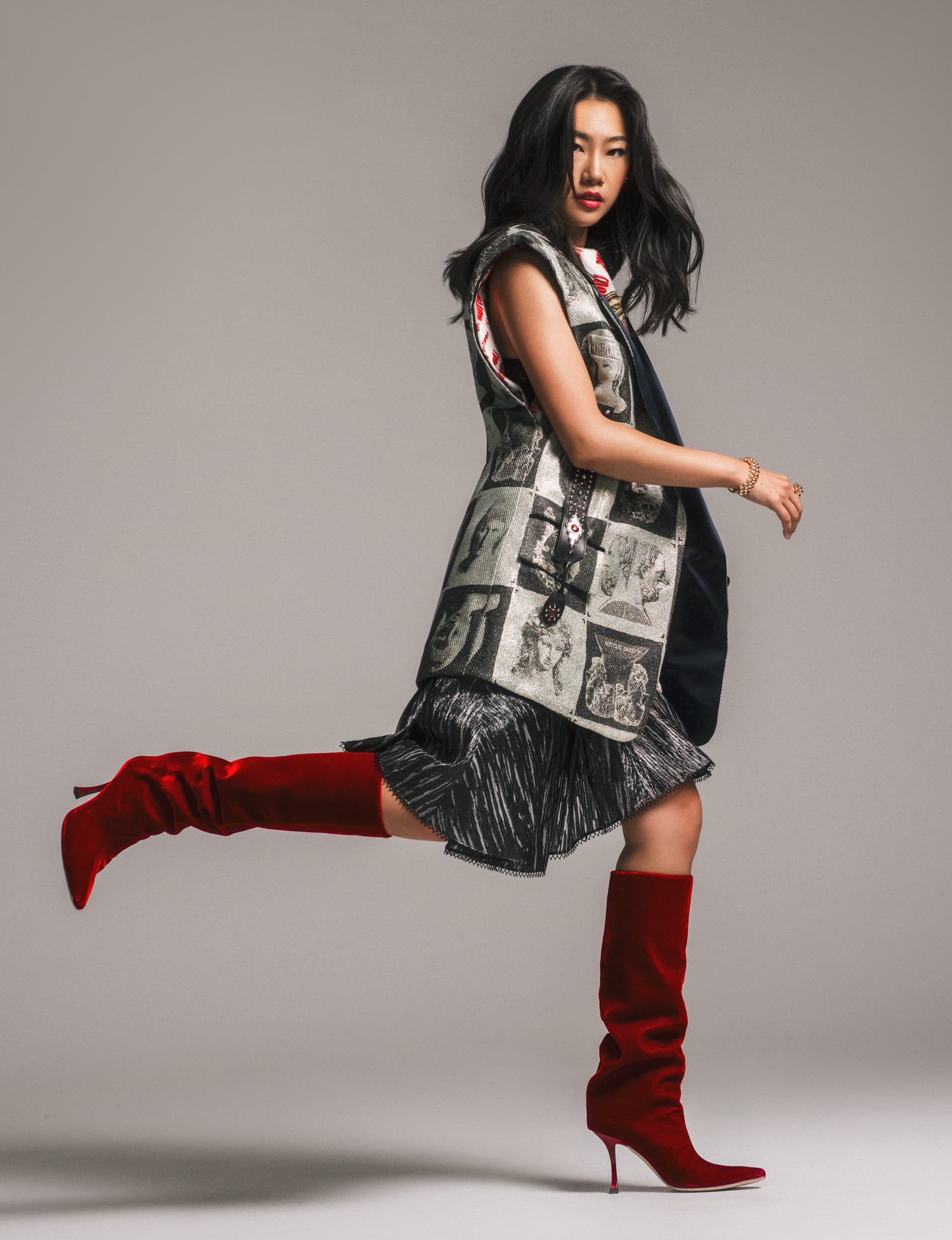 Bachelorette enthusiast and former substitute teacher Olivia Liang stars as name-taking martial artist Nicky Shen in CW’s Kung Fu. “What originally got me interested in acting,” Liang confesses, “was watching the Disney channel as a child. I watched it until I was 21 years old—like way too old, way out of the target demographic. My mom said that it would never happen for me; I think subconsciously she just didn’t see a lot of Asians on TV.” Reflecting on the importance of Kung Fu and its predominantly Asian cast, Liang says, “It feels so surreal; it’s historic, which is strange to say because it took so long.” 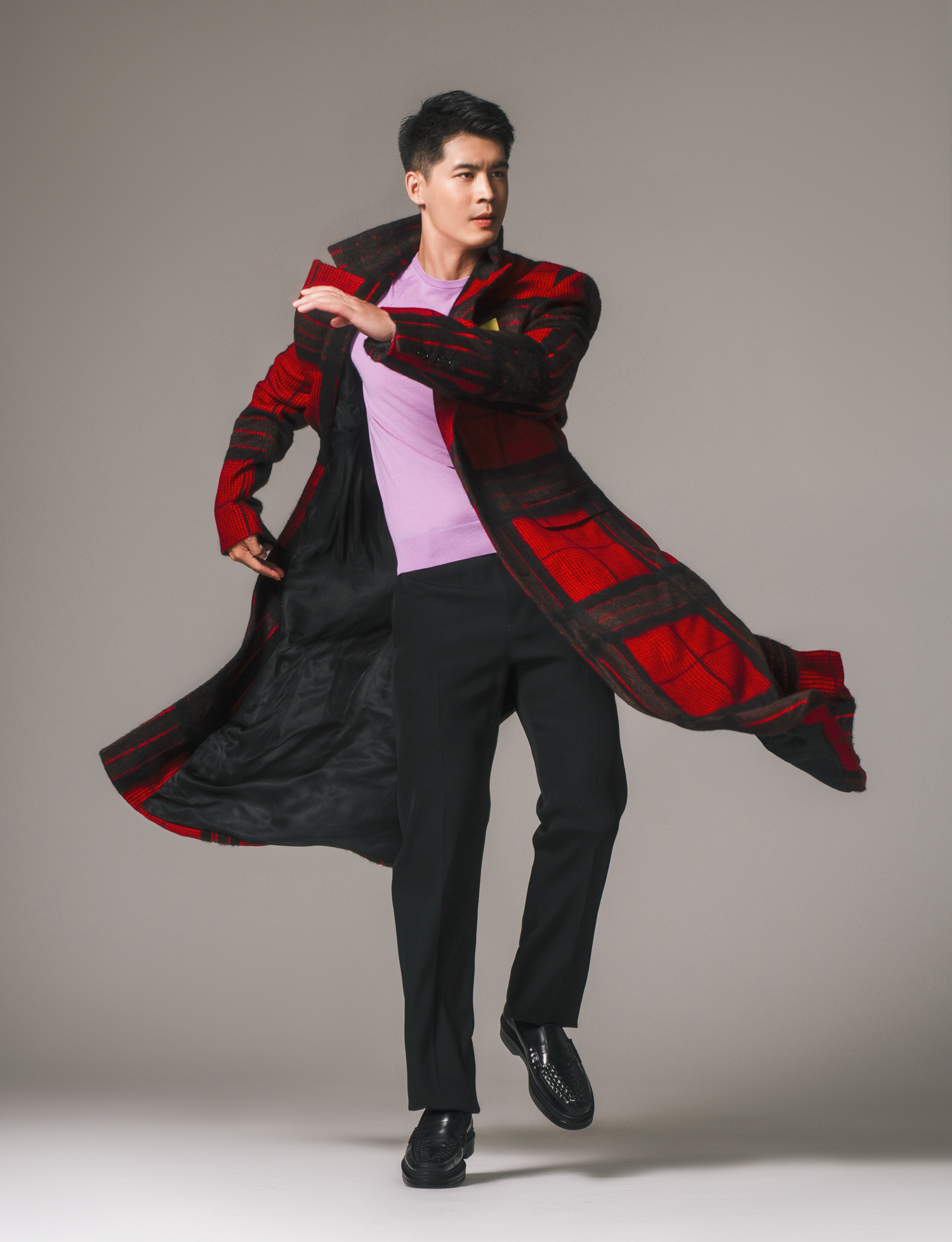 A true doughnut fanatic, Eddie Liu will stop at nothing to find L.A.’s best, sweetest, and most innovative snack. While he loves discovering new baked gems, he’s not opposed to the classic joints. “If there’s a great doughnut spot which has been there for decades, that’s always great to hear,” he says. Liu plays Henry Yan on Kung Fu. “Growing up, I watched a lot of martial-arts flicks with Bruce Lee, Jackie Chan, and Jet Li. That was kind of the first time I saw actors that looked like me, and it gave me the license to dream of being a storyteller,” he says. 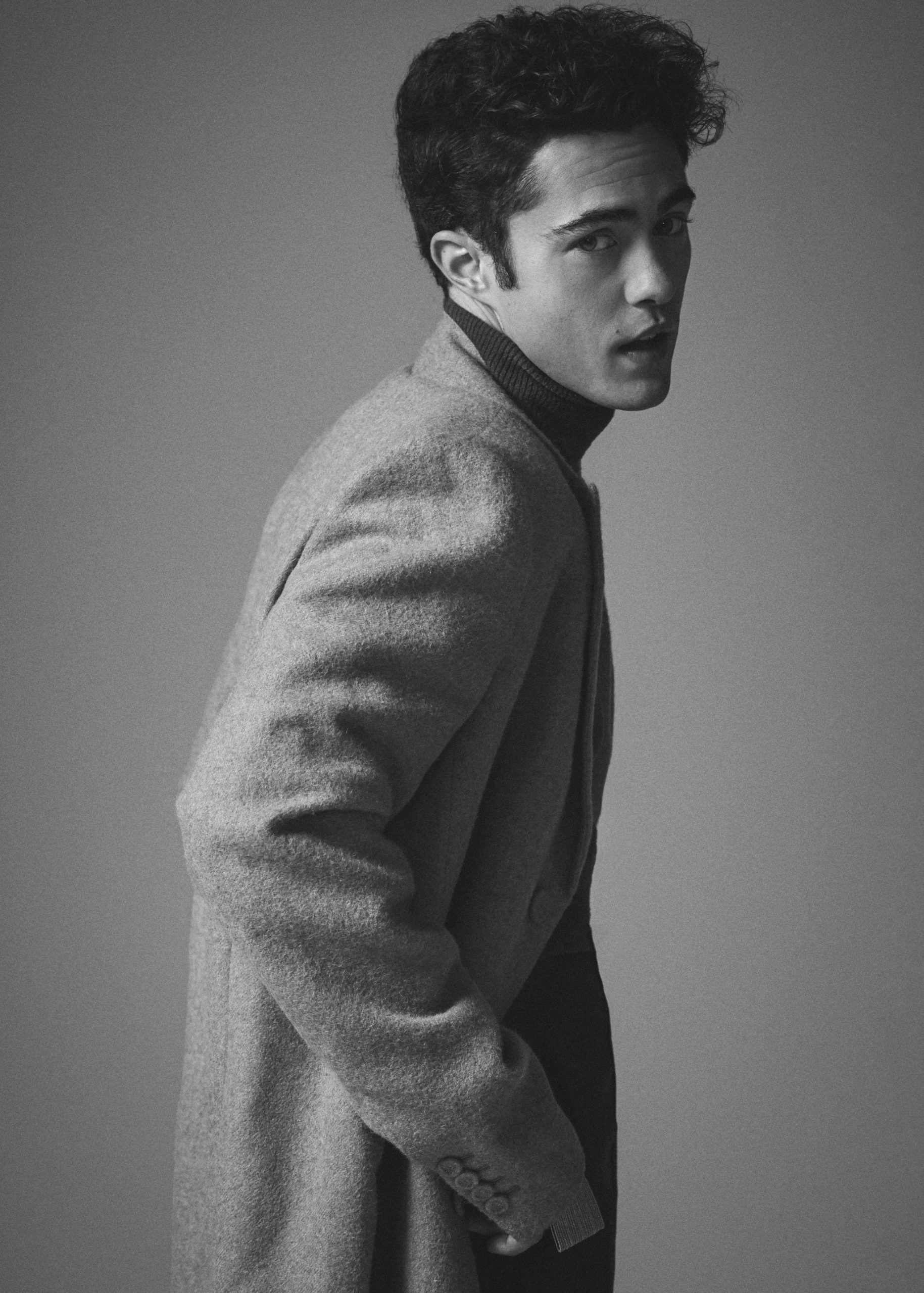 The man behind the washboard abdomen, Darren Barnet is quickly becoming one of Hollywood’s hottest commodities. Earning a reputation as a Brad Pitt-esque sex symbol on Mindy Kaling’s Netflix drama, Never Have I Ever, Barnet continues to disprove those who judge him by his glossy cover. “My character, Paxton, is a heartthrob, and there’s a superficiality to him. But there’s also a vulnerability, and I love playing with that.” Clearly, Barnet loves a bit of layering. He’s venturing onto the big screen this fall, starring alongside Nina Dobrev and Jimmy O. Yang in the holiday-themed rom-com Love Hard. 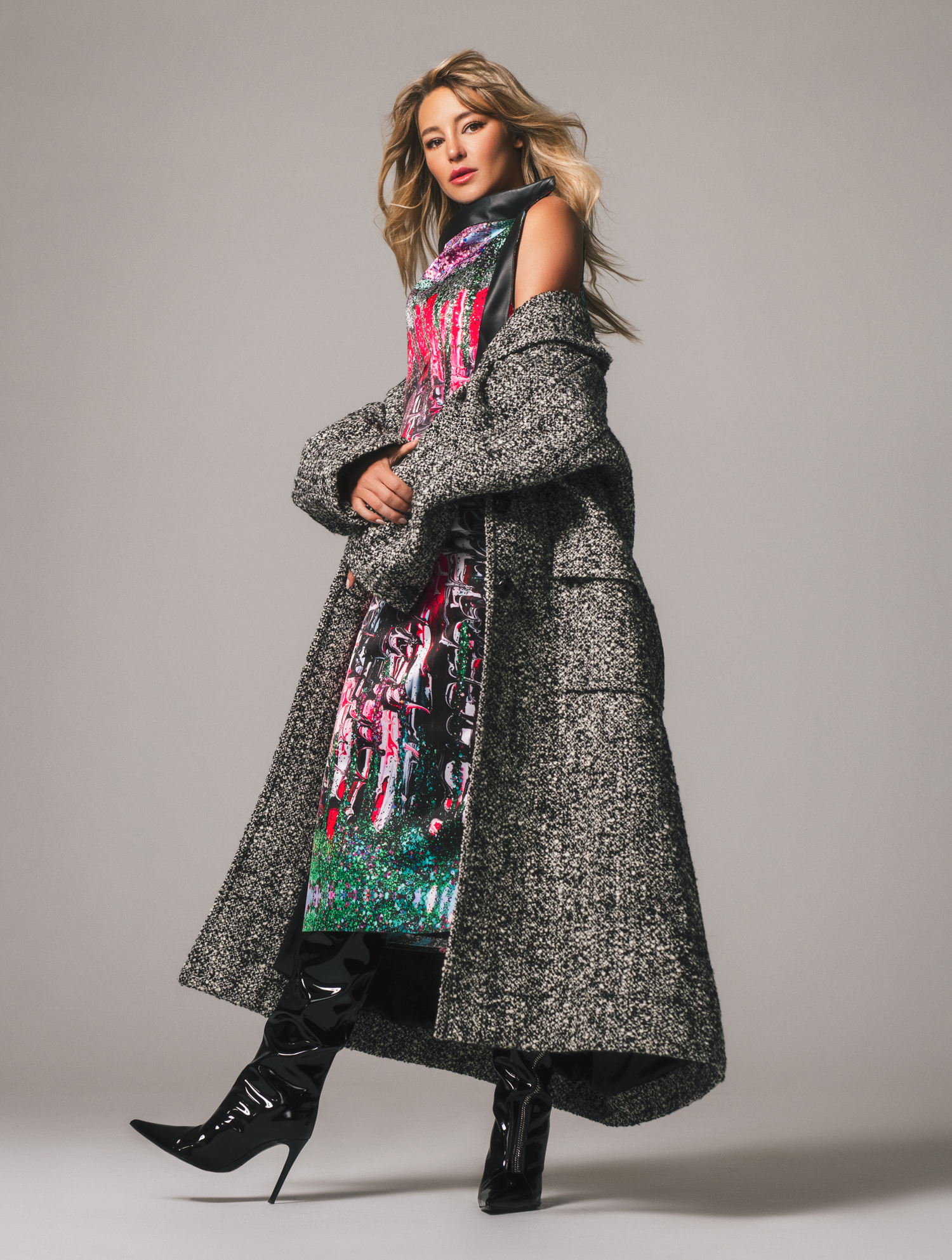 While you may recognize her from her barrel-racing days on Yellowstone, Hassie Harrison is trading her ten-gallon hat for a fireproof helmet to star as Lucy McConky in the third season of Tacoma FD. “I’m the first female lead in the squad, so I think there are a lot of [outdated] gender roles that I’m trying to dispel. It’s so cool how many female firefighters have reached out to me, saying how much they appreciate what I’m doing.” With her mother running a theater company for underprivileged youths back in Texas, Harrison caught the acting bug at a young age. When she’s not on set, she enjoys a “stomp around the mountains.” But who doesn’t love a good stomp? 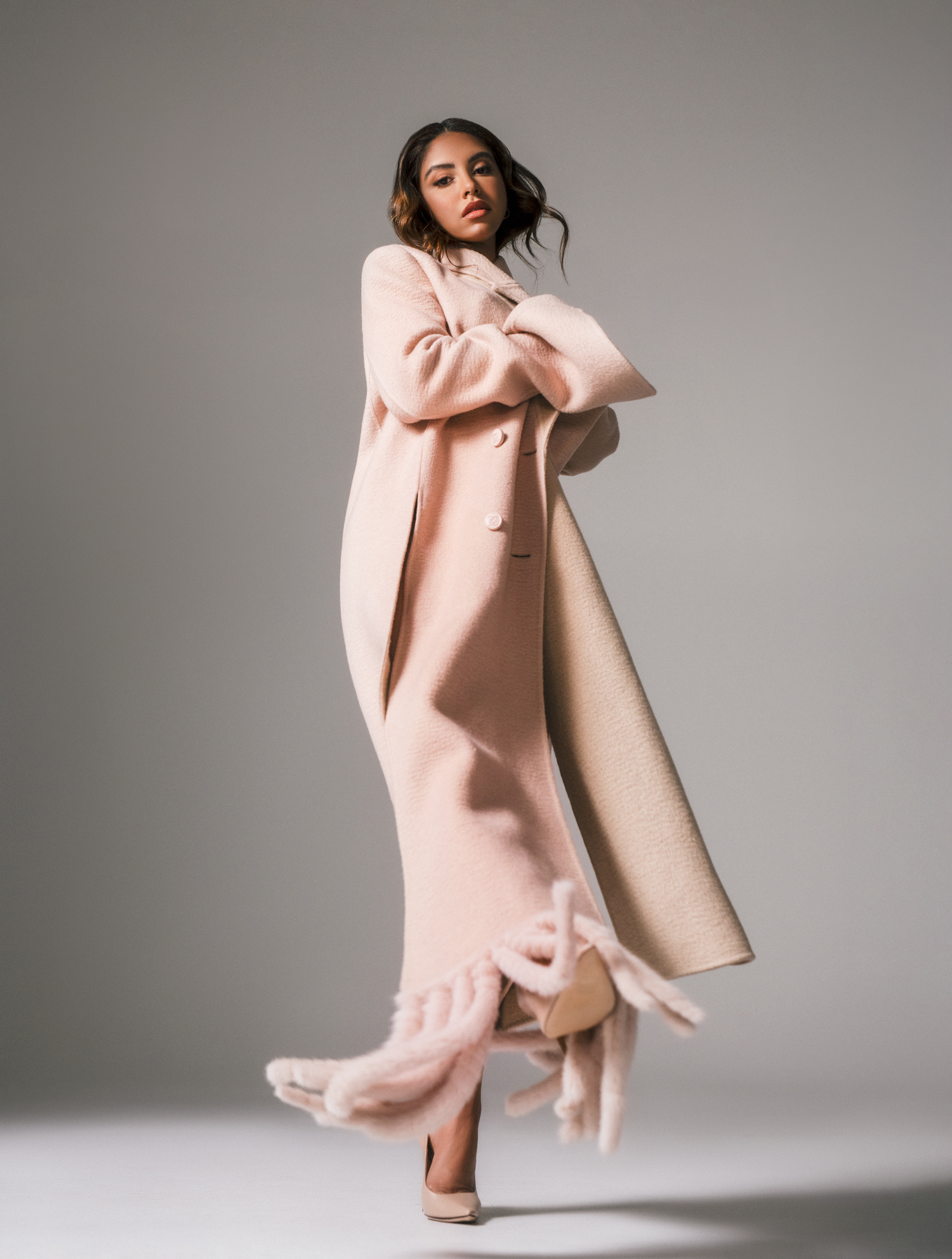 This up-and-comer with the interestingly spelled first name (it’s Greek, referring to the goddess of the moon) is about to star in a hush-hush new Netflix series. But before she gets ready to plant her hands in cement on Hollywood Boulevard, she’s got some personal hurdles to overcome. “I think my biggest challenge is learning how to not stand in my own way,” she says. “I just have to allow myself to be, organically and authentically.” Fortunately for her, Carmona has a lot of role models to choose from. “I’m in awe of watching incredibly strong female talent in this industry just go out and eat the entire world.” 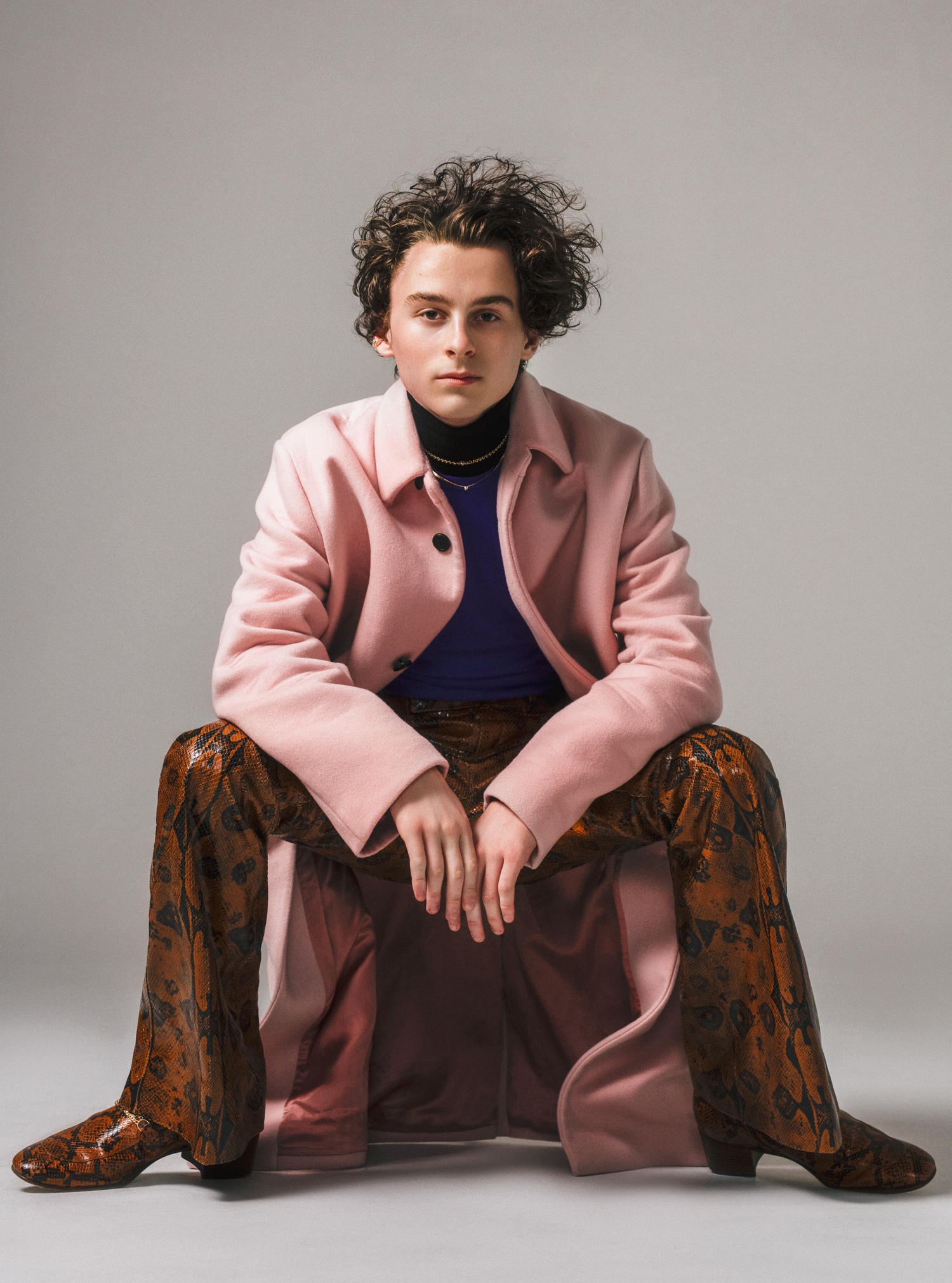 After breaking onto the scene with his standout performance in the blockbuster horror film It, Wyatt Oleff has become accustomed to showing up in high fashion. An aspiring renaissance man, he’s been taking composing classes and learning how to play the guitar. Following a foray into the Netflix empire with I Am Not Okay With This, Oleff snuck onto the indie scene this season in Jamie Sisley’s debut feature, the autobiographical Stay Awake, a hard-to-swallow story about opioid addiction. “I think just the true nature of the story, and being able to work with the guy that lived it all, is what was most appealing about it for me,” he says.