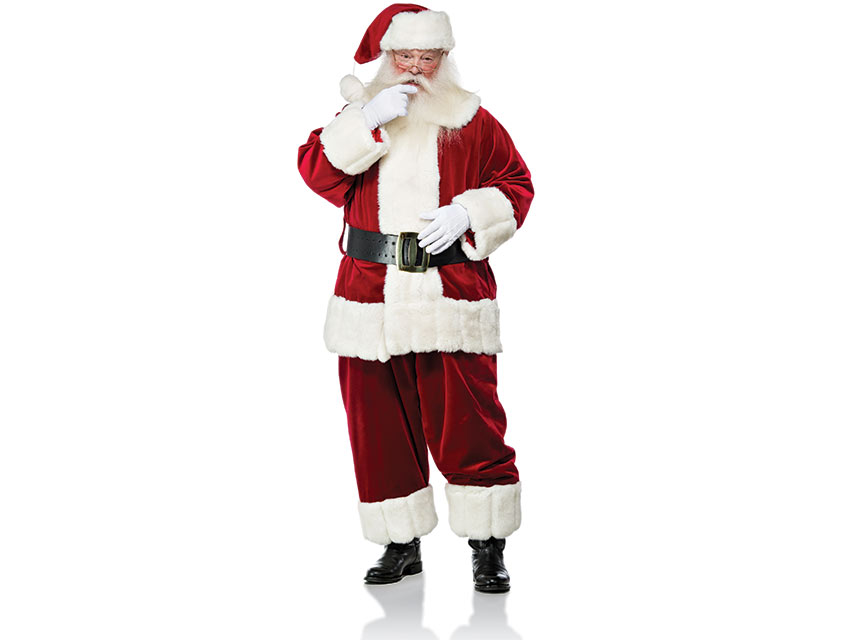 ➻ “We’re trained in life to not ask for what we want, but someone can ask Santa without fear of judgment. That’s a special thing.”

➻ Santa Jack (he declined to give his last name to preserve his seasonal identity) has for 12 years donned the red suit to talk toys inside the Santa House at the Grove. Santa Jack opens his abode to the public the week before Thanksgiving, on the Monday after the Grove’s annual tree lighting. Then he works 11- and 14-hour days until Christmas Eve.

➻ “Kids will ask, ‘Are you real? Someone told me that Santa’s not real.’ There’s a certain age where they don’t want their friends to know that they still kind of believe in Santa, that they’re kind of hoping.”

➻ The Grove’s original Santa hangout was a one-room cottage beside the fountain. The revamped Santa House opened in 2005, and at approximately 1,120 square feet, it welcomes about 23,000 guests each year.

➻ “I have boys asking for American Girl dolls, and at first it caught me a little bit by surprise. Then I thought, ‘Wouldn’t it be neat if we just allowed people to be who they are instead of saying these are your limitations because you are a girl or a boy?’ ”

➻ James Edgar, a merchant in Brockton, Massachusetts, is widely acknowledged as the first department store Santa Claus. The year? 1890.

➻ For nine years the Beverly Center hired “Hunky Santa,” a tradition that ended in 2010 when a ripped Kringle no longer fit with the mall’s luxury brand.

➻ Santa Jack often tells children that he will check in on them throughout the year. True to his word, he hits the Grove off-season in jeans and a red T-shirt. Despite his civilian garb, children spot his gray beard and wave to him.

➻ “There are families who have been coming to me for years. I held their children as babies, and now they are 12 and 13.”

These Holiday Photos of Classic Hollywood Stars Are Charming and Bizarre