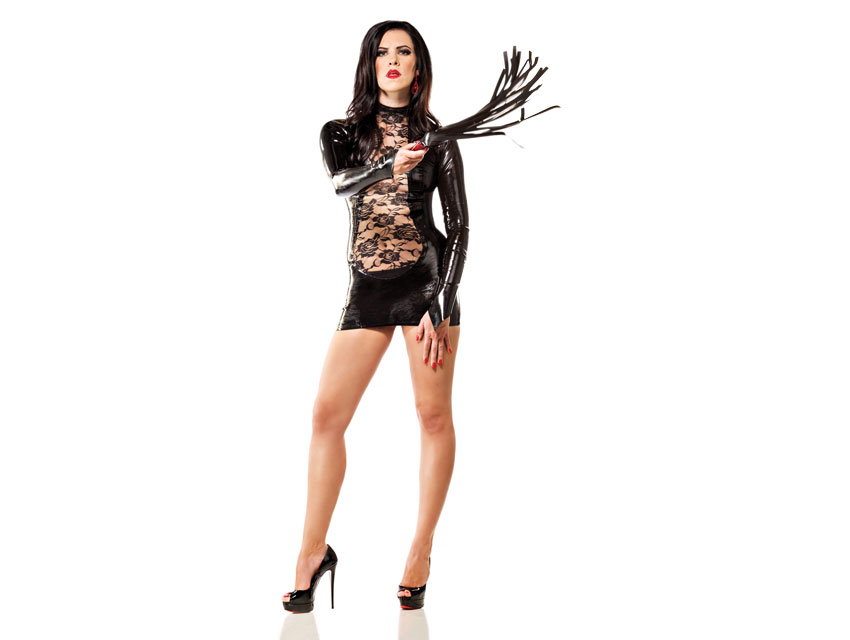 ➻ “I get some outlandish requests. I had a client who preferred to kneel on sandpaper during our session. Another client had a towel fetish—he wanted to be wrapped up in and talk about towels.”

➻ “My clients are predominantly white middle-aged men. They have a disposable income or can easily hide their money.”

➻ Mistress Justine charges by the hour, starting at $300. Her clients’ fetishes include foot worship, corporal punishment, and cross-dressing.

➻ The most notorious practitioner of sexual gratification through pain was the Marquis de Sade, the 18th-century French nobleman who wrote extensively about the acts of sexual cruelty that he performed. The words sadist and sadism are derived from his name.

➻ “One of my clients is very ‘Texas,’ with a weathered face and cowboy boots. He told me to dress him up in a maid’s outfit and put makeup on him. I even made him tidy up my hotel room and spanked him when he didn’t do a good job. You would never expect it from this guy.”

➻ E.L. James’s Fifty Shades of Grey trilogy, in which a BDSM-loving billionaire falls for a virginal collegian, has sold more than 100 million copies. (The movie opens on Valentine’s Day.) The Sexual Recovery Institute, however, claims the books’ protagonist “doesn’t accurately portray a lifestyle.”’