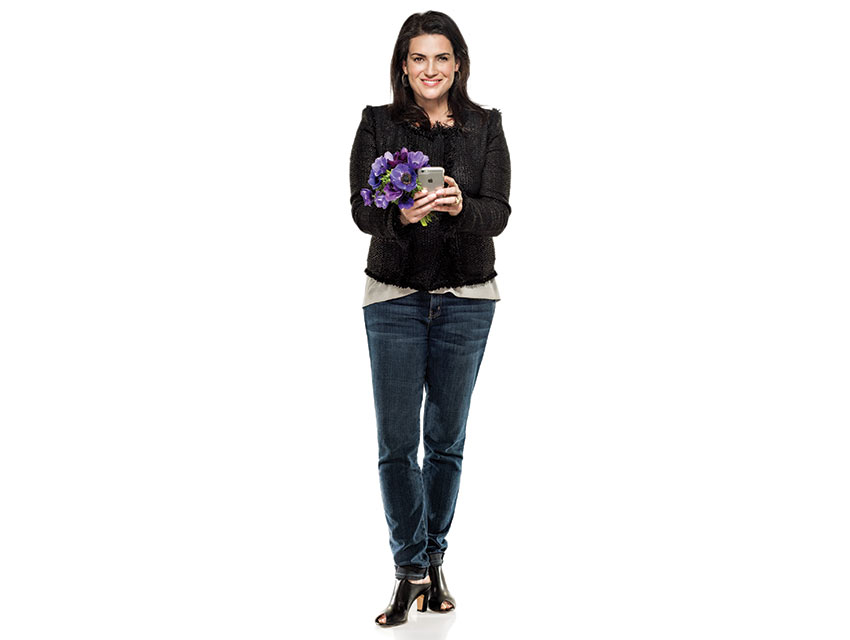 ➻ “A lot of people think wedding planning is glamorous. Young girls apply for internships and are starry-eyed—they don’t get that we work 18-hour days for three months straight. I love what I do, but I don’t think it’s glamorous.”

➻ Oren launched Yifat Oren & Associates when she was 25. In her first year she orchestrated about a half-dozen events; now she plans 15 to 20 annually, with her fee being a percentage of the total cost (budgets tend to start at $250,000). She has presided over the big day of such celebrities as Drew Barrymore and Anne Hathaway.

➻ “I take drops of information from my clients—how they dress, how they decorate their house—and build a world for them. It should look like something they would’ve created for themselves.”

➻ In 2014, TheKnot.com named L.A. the 16th-most-expensive U.S. metropolitan area in which to have a wedding. According to the latest figures from TheWeddingReport.com, on average Angelenos spend $32,121 for their nuptials, though 33 percent of weddings held here cost $10,000 or less.

➻ “For a while DIY weddings were taking over. I was tired of parties that looked like someone’s garage sale—no thanks. I welcome elegance back into the world of weddings.”

➻ Oren has ten full-time employees, up to 40 part-time staffers, depending on the fete, and a business partner, Stefanie Cove. But she’ll still do the dirty work (like picking up cigarette butts). “I can’t ask someone to do what I won’t do myself.”

➻ “The first celebrity wedding I planned was Jason Bateman’s—before his comeback. So maybe Kevin Costner’s. I’ll let you decide.”

➻ “I eloped with my husband to Oaxaca, Mexico, nine years ago. I wouldn’t do someone else’s wedding there. I’d give them a little black book, but I wouldn’t plan it there.”

➻ L.A. has several celebrity-wedding planners, including Mindy Weiss (who helped Ellen DeGeneres and Portia de Rossi get hitched) and Kevin Lee (who oversaw Brad Pitt and Jennifer Aniston’s million-dollar event). Lee was also the inspiration for Martin Short’s character in Father of the Bride.

➻ “My most outrageous request? A well-known personality asked for all the pink rose heads to be removed from the rosebushes near the ceremony location.”

This Rom Com Film Festival Had Us at Hello