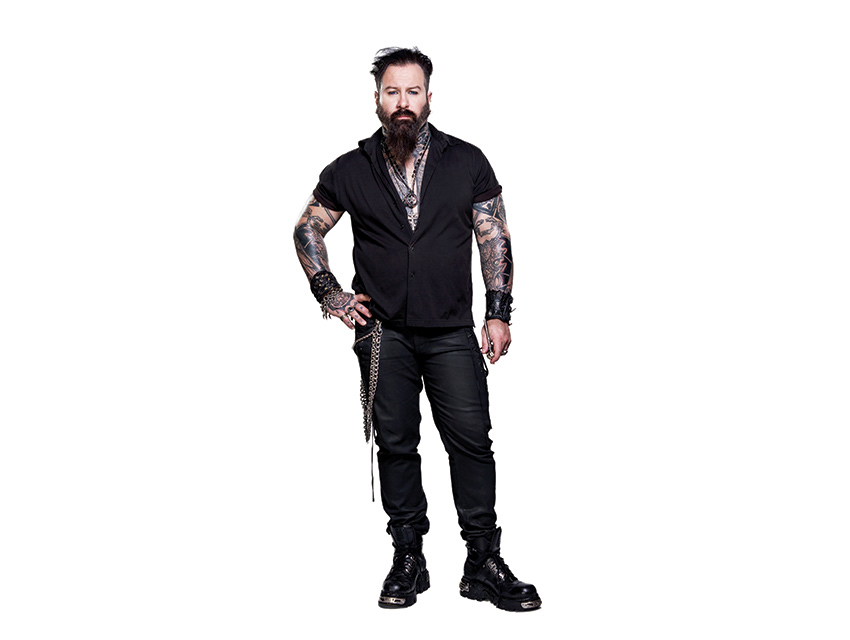 ➻ “We do a lot of dead bodies. For an autopsy on CSI, we’d make a painted silicone replica of your head and punch each hair in one at a time. Then we’d create a body close to your size to match. It’s a prop version of you.”

➻ Hetrick, 43, is a self-taught special-effects makeup artist and a judge on Face Off, Syfy’s special-effects reality competition series. As the owner of Glenn Hetrick Alchemy Studios in Sun Valley, he oversees a team that has made silicone prosthetics, fake limbs, and full-body creature suits for TV and film (Heroes, Mad Men, The Hunger Games).

➻ “On Heroes Hayden Panettiere had a Wolverine-like regenerative power. When her ribs popped out, her whole midsection was a giant makeup. There was a plate underneath with ribs on a track—she could push them and they would slide back into place.”

➻ Actor Lon Chaney, aka “The Man of a Thousand Faces,” was one of the earliest pioneers of special-effects makeup. For Phantom of the Opera in 1925, he hooked a thin wire to his nostrils to pull back his nose, which reportedly caused him to bleed during filming.

➻ “At any given time we probably have 50 types of blood ready to go, all different colors.”

➻ Hetrick and his staff formed thousands of silicone welts to mimic the stings of Tracker Jacker wasps in The Hunger Games: Mockingjay—Part 1. “We prepainted the skin texture and all of the little veins coming off of the sting holes. It was hundreds of hours of work. The fourth Hunger Games film has been my favorite makeup that I’ve ever done in the series.”

➻ The Academy of Motion Picture Arts and Sciences introduced the Best Makeup Oscar in 1981. The first winner was Rick Baker, for his work on An American Werewolf in London.

➻ “We produced a beautiful, subtle weight-gain makeup for January Jones on Mad Men. People thought it was real, which is what you want; you don’t want people to look at something and go, ‘Oh, that’s an effect.’ ”