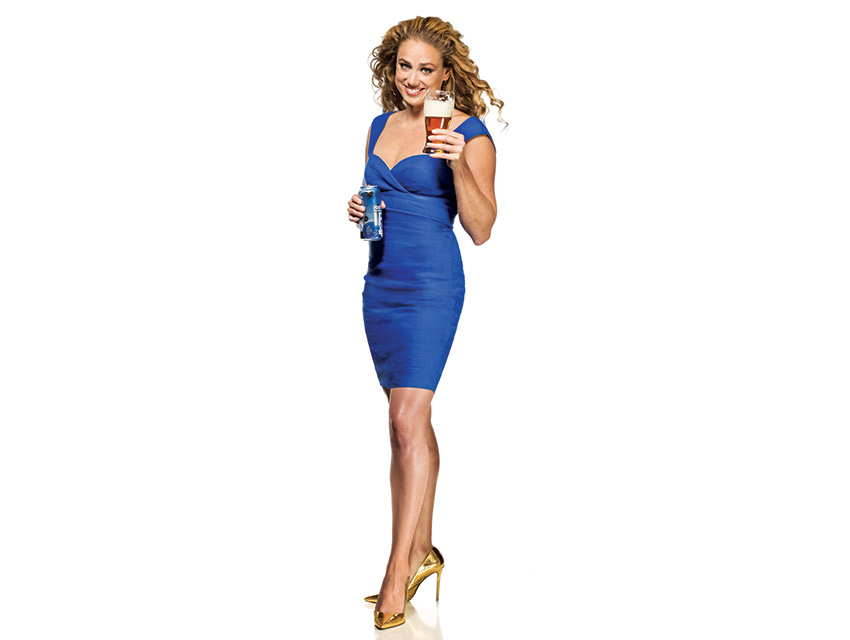 ➻ Virginia native Gill, 29, earned a degree in classics at Yale before taking her first job at a craft brewery in Colorado. She founded Golden Road Brewing in 2011 with business partner Tony Yanow. The Atwater Village brewery and pub generated $10 million in revenue last year.

➻ “We built this brewery in four-and-a-half months. We got our beer into Ralphs, Vons, and Albertsons faster than anyone ever has. To be the first packaged beer made in L.A. was a big deal.”

➻ A company must produce fewer than 6 million barrels a year to be categorized as a craft brewery. In 2013, Golden Road produced 15,000 barrels of mostly India pale ales (IPAs), lager, brown ale, and wheat beer.

➻ The flavor of beer is derived from hops, malted grain, and yeast. Malts and hops are boiled together before being transferred to tanks. Yeast is then added for fermentation. Golden Road keeps its beer in tanks for up to 24 days for optimal taste.

➻ “I love talking to the buyers for Trader Joe’s and Whole Foods. It’s those relationships that make this job great. These old boys are really tough buyers.”

➻ In June Trader Joe’s announced that Golden Road Brewing would provide the first canned craft beer for the franchise, under the name Ol’ Burro Brewery. Gill prefers cans over bottles to keep the flavor fresh.

➻ “Two of beer’s biggest enemies are light strike and oxidation. Light strike happens when a glass bottle of beer is left in the sun or under fluorescent lights in a liquor store. Over time the flavor gets skunky.”

➻ Golden Road Brewing’s signature L.A.-inspired beverage is Point the Way IPA. The palm trees on the can were rendered from a friend’s pictures of the landscaping around Dodger Stadium.

➻ “I brought the photos to a can manufacturer, who said, ‘We can’t put pictures on a can. That’s never been done before.’ Then I talked to the manufacturer’s art department. They had just developed a new technology with a higher image resolution—and they did it. Someone in Ohio might not be able to say, ‘Oh, I know where that is.’ But people in L.A. love it and identify with it.”

How to Celebrate St. Patrick’s Day Like an Adult