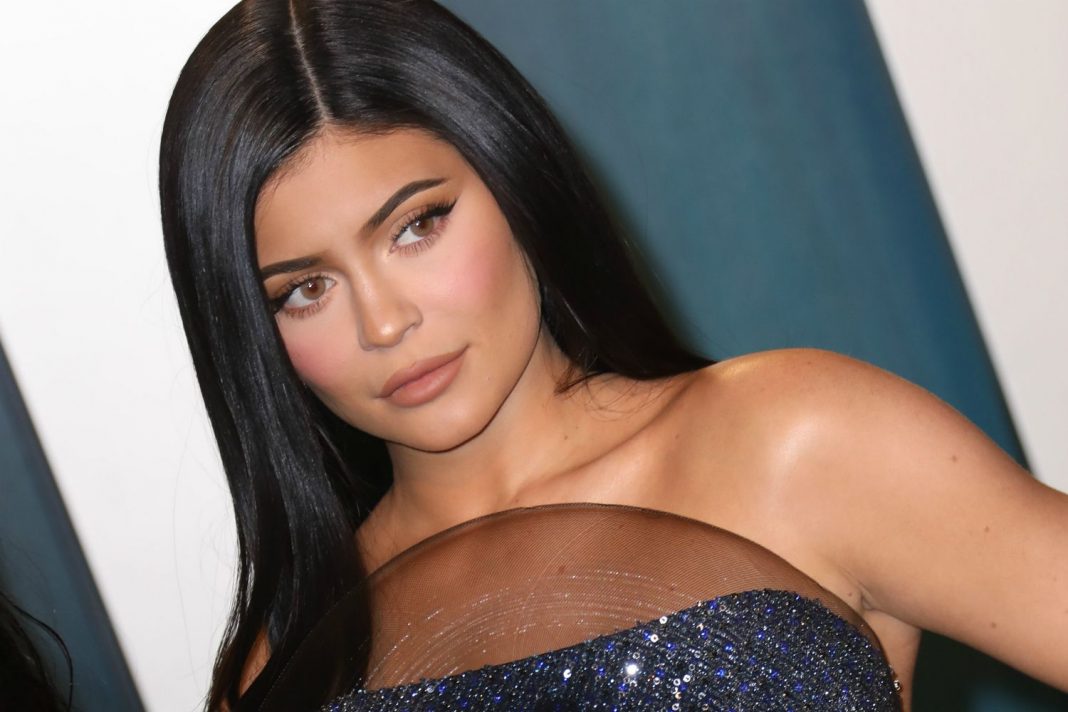 Weeks of lockdown without ready access to stylists, fillers, or their usual revitalization rituals have some of the beautiful people looking not quite themselves lately. But the quarantine has left one frequently photographed Angeleno (er, Calabasian?) practically unrecognizable. Twitter did a collective spit take this week when candid shots surfaced of billionaire cosmetics mogul Kylie Jenner, sans makeup, shoes, and clutching a bag of Lays potato chips, as she eschewed the safer-at-home order to visit a pal in Beverly Hills.

In paparazzi photos shared on Twitter, the youngest Kardashian-Jenner looked more like a high school VSCO girl than a fashion icon during the outing. A post by a virtually unknown Twitter account, @BeyonceLeague, accumulated more than 56,000 retweets and 290,000 likes in two days. The caption? “The way that Quarantine has turned Kylie Jenner back into a white girl.”

The way that Quarantine has turned Kylie Jenner back into a white girl pic.twitter.com/FQjlTEY95F

Kylie had plenty of defenders in the comments, with several people pointing out that she actually looks happy for a change. One colorful commenter added, “You guys are really horrible for this. Half of yall look like mole rats w/o make up! Yall are bullying her and her looks for no reason!”

You guys are really horrible for this. Half of yall look like mole rats w/o make up! Yall are bullying her and her looks for no reason!

Others who interacted with the post were less kind, pointing out that Kylie suddenly seems to be several shades lighter than she usually is when she appears in public, which revived accusations that the 22-year-old is guilty of “blackfishing” or appropriating the appearance of darker-skinned races and ethnicities.

The Tab describes blackfishing as “an act commonly perpetrated by white women to appear of African or Arab ancestry, adding that “some people even consider it the modern equivalent of blackface or brownface, because it capitalizes off the ‘exotic’ looks of historically oppressed minorities.”

This is not the first time Kylie’s been called out, including in early March, when she released images from a new photo shoot. Posing in a green, leopard-print hoodie gown by Tom Ford, and sporting curly blond extensions and bronzed skin, Kylie posted the caption, “giving you mama drama honey. Among the responses: “WHY ARE YOU COSPLAYING AS BEYONCE?” “When will your family be done cosplaying Black women?” another Twitter user asked.

Five years earlier, Kylie elicited similar backlash when she posted a highly stylized, darkened, photo of herself along with the caption, “What I wish I looked like all the time,” and then replaced those words with, “This is black light and neon lights people lets all calm down,” when people accused her of wanting to appear to be black.

Sister Kim Kardashian, who’s been known to wear her hair in long braids and even cornrows, has also been criticized for wearing styles originated by black women. Kim responded to the criticism in a 2018 Bustle article, saying, “I obviously know they’re called fulani braids [named after West Africa’s Fula people] and I know the origin of where they came from and I’m totally respectful of that. I’m not tone deaf to where I don’t get it. I do get it.”

Regarding the latest paparazzi images, reps for Kylie Jenner declined to comment.