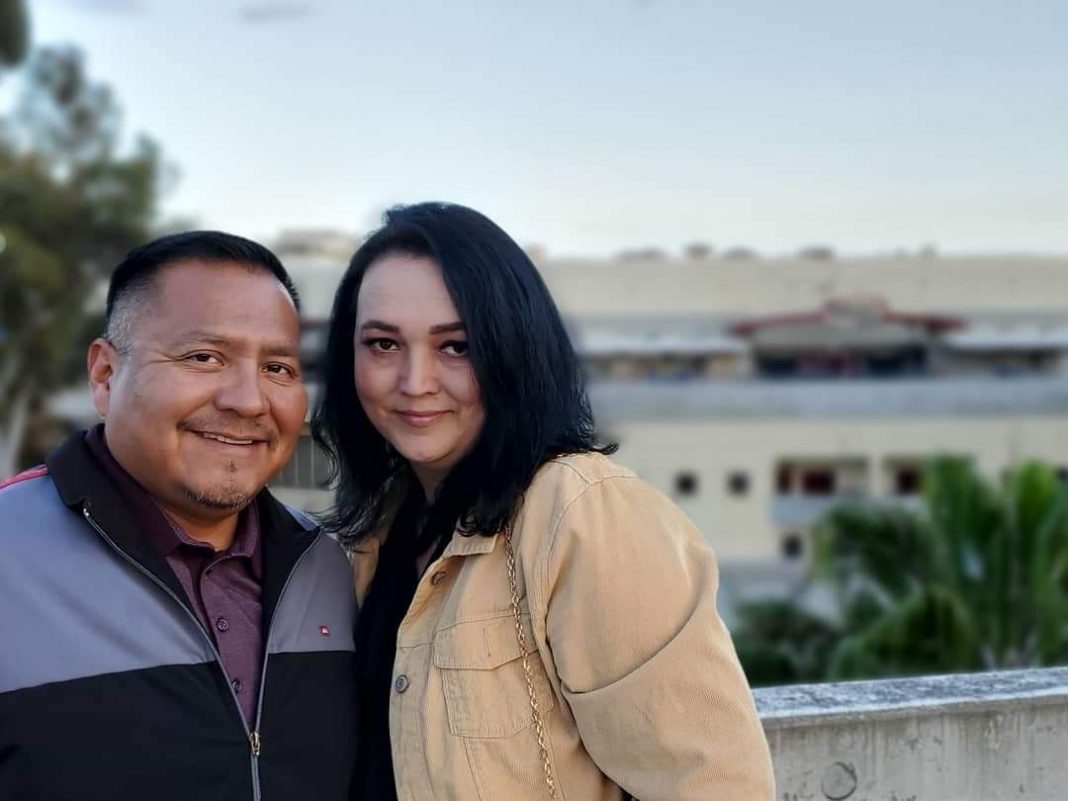 You never know what a night out will have in store. Gimi first laid eyes on husband Bruce at a party full of sailors about 25 years ago. He was hard to miss. “I was 18 and ended up at a party with a bunch of girlfriends,” Gimi says. “The place was packed and there was nowhere to sit because the only sofa was occupied by a young sailor who was passed out drunk.”

That drunk sailor was Bruce. The two officially met a couple days later when the same guys invited her over for a barbecue. This time Bruce was wide awake, but necessarily in good spirits. “We were greeted by a surly young man with a bad attitude,“ Gimi recalls. “Apparently, this was Bruce, the drunk guy from the couch. Of course, he didn’t know any of us and made it pretty clear he was displeased we were there.”

But by the end of the evening, Bruce warmed up a bit and asked Gimi to have dinner. But after a couple of dates, Bruce’s ship went out to sea. “I figured I’d never hear from him again—but a week later, I got a letter with a key to his apartment,” gushed Gimi. “We were married six months later.”

RELATED: This Hollywood Producer and His Trainer Wife Have a Rom-Com Love Story

This L.A. Couple Is Proof that Love at First Sight Is Real